Ohio State Prepares For Half Without LB Steele Chambers Against Nebraska 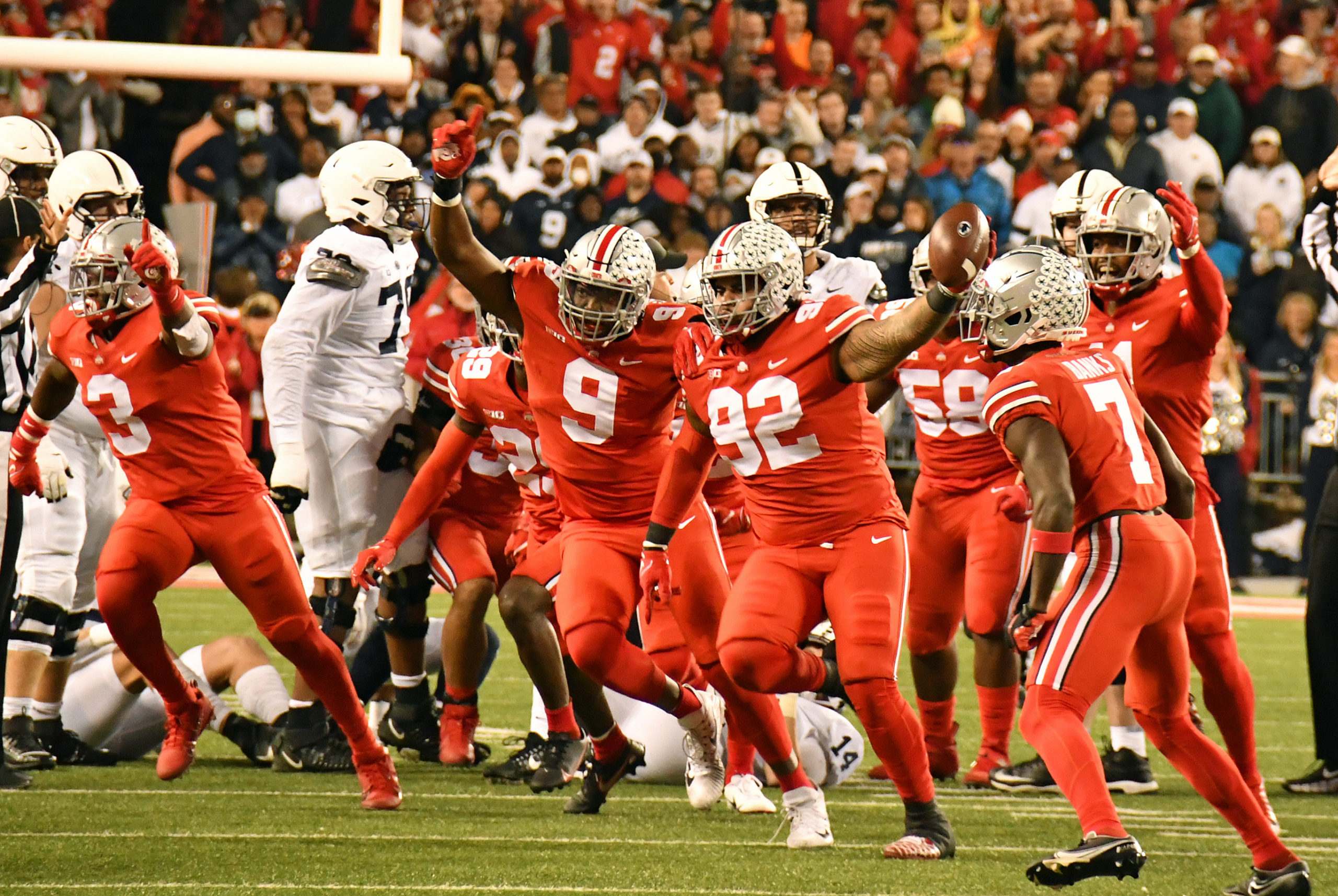 Ohio State linebacker Steele Chambers only played one snap in the second half of Ohio State’s 33-24 victory over Penn State on Oct. 30. The third-year running back transplant tracked Penn State quarterback Sean Clifford on a draw play to open the second half, meeting him at the line of scrimmage to force what would have been a one-yard loss before the umpire behind the play tossed out a flag, penalizing Chambers initially for a late hit before upgrading the penalty to an ejection-worthy offense of targeting.

It was one of those bang-bang plays that the targeting rule has been so often maligned for. Clifford slid as Chambers was coming in for the tackle, and though the intent was not malicious for the Buckeye, he did lead with the crown of his helmet and collided with Clifford’s. Upon further review, the targeting was confirmed, and Chambers’ day ended.

It was a call that head coach Ryan Day was animated about on the sidelines, and that he said on Nov. 2 was just tough to see, even if it was correct by the letter of the law.

“In real-time, it’s a very difficult call,” Day said. “If you’re Steele in that spot, someone is running full speed at you and then goes down on their knees, in real-time that’s very difficult. The rule is in place for the right reason – to protect our players. And for that I absolutely support it, but I also think there’s a difference between what’s going on in real-time and what happens on a replay. That’s the challenge that our refs are faced with and it’s not easy, don’t get me wrong. Certainly, we’re going to always advocate for our guys and that’s what I was doing (with my frustration on the sidelines).”

Because Chambers took his penalty in the second half – even though it was on the very first play, he’ll have to miss the first half of Ohio State’s Nov. 6 trip to Nebraska as well, which Day was a bit more steamed about, given the inequity of the rule’s length.

Without Chambers for the first 30 minutes against the Cornhuskers, Ohio State’s already decimated linebackers room shrinks even further. The Buckeyes have only four established scholarship linebackers in Tommy Eichenberg, Palaie Gaoteote IV, Teradja Mitchell and Cody Simon, with freshman Reid Carrico and walk-on Cade Kacherski also potentially available if needed. Simon and Mitchell have been relied on heavily this season but the Buckeyes really haven’t seen much from the other four, making the rotation a bit tricky even with only two linebackers on the field at the time.

“We’re playing with a different style of defense now, we have three safeties and the numbers have changed with that. But, Palaie is going to have to come in there and step up, Tommy the same and Coach Washington will move those guys around before we get Steele back in the second half.”