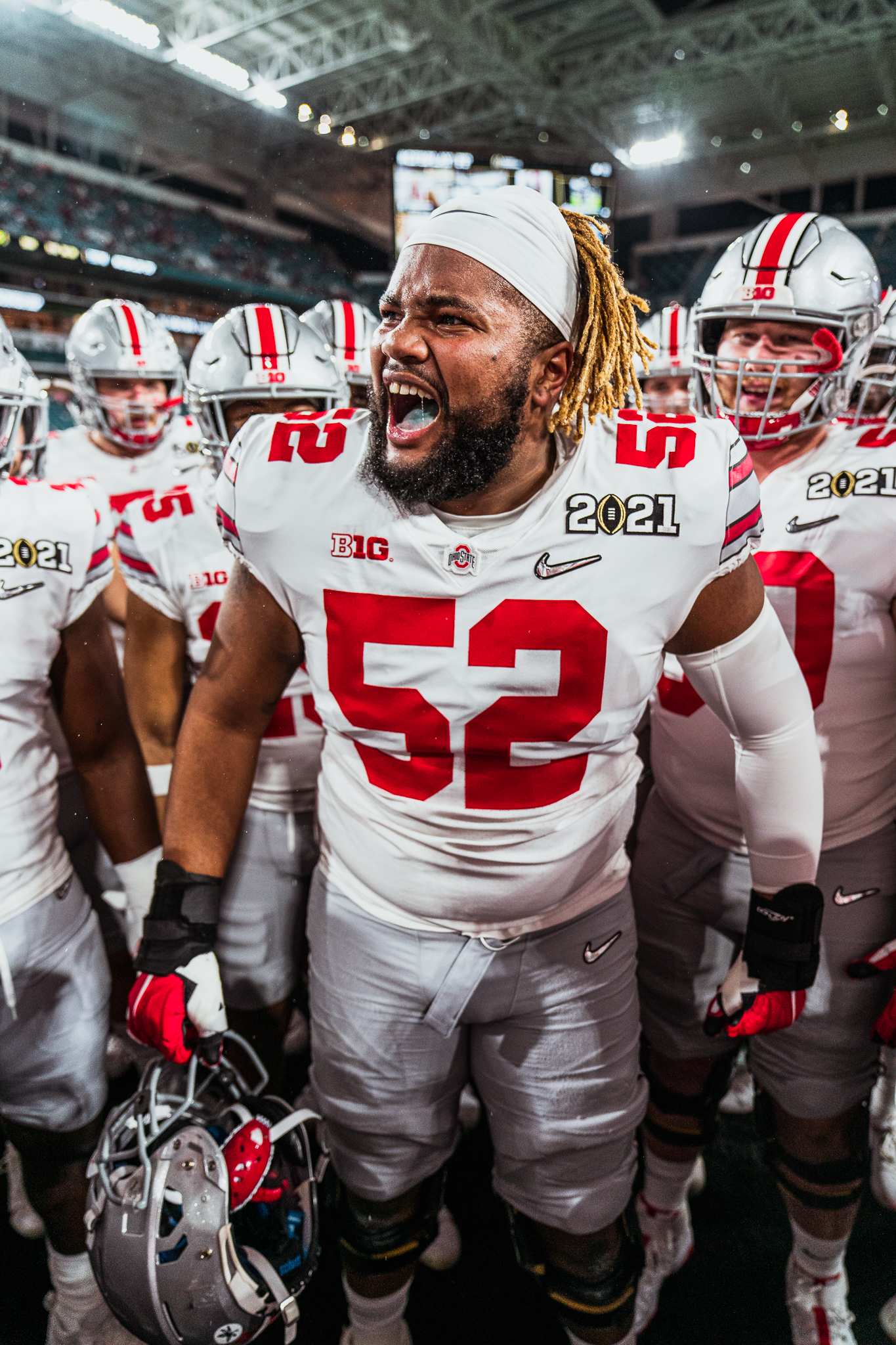 Ohio State unanimous All-American offensive guard Wyatt Davis has played his final snaps in Columbus. The Bellflower (Calif.) St. John Bosco former five-star prospect announced on his Twitter account that he had entered his name into the 2021 NFL Draft on Monday afternoon.

The redshirt junior nearly didn’t play his final season for the Buckeyes in 2020. After the Big Ten announced that it wouldn’t be playing a fall football season because of the coronavirus pandemic, Davis declared for the NFL draft. However, once the conference decided to return, Davis followed suit, expressing his desire to play for the Buckeyes again.

“I was incredibly happy to learn today about the Big Ten’s decision to play football this fall,” Davis said on Twitter. “… I want Buckeye Nation to know that I want to play this season for Ohio State, and I am working now to make that a reality.”