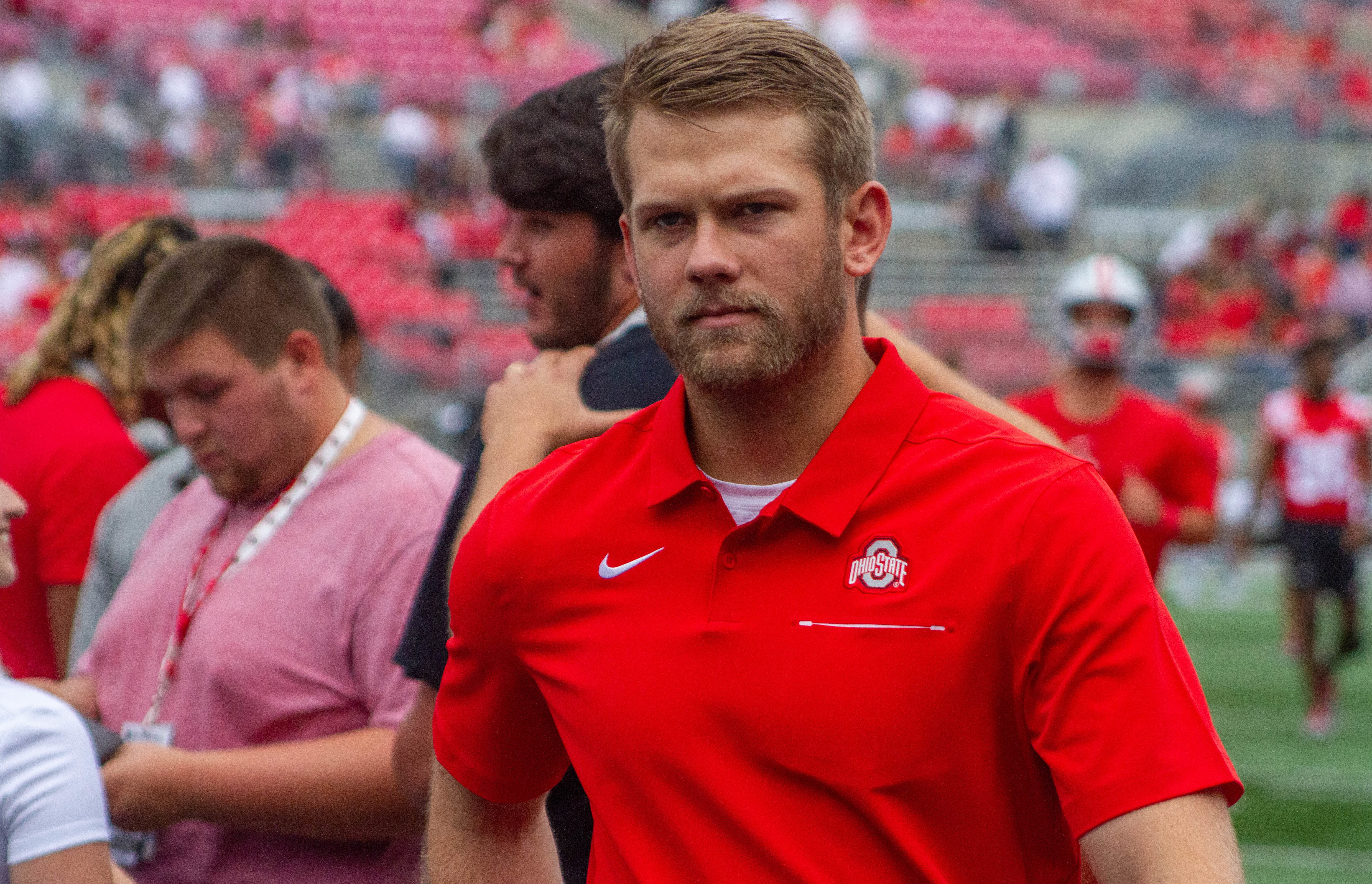 Ohio State’s senior quality control coach for the offense, Corey Dennis, has officially been promoted as the new quarterbacks coach for the team.

Dennis, a 27-year-old who is the son-in-law to former Buckeyes head coach Urban Meyer, has been with the program since 2015, when he was an intern, and was promoted to a graduate assistant the next year before eventually becoming a quality control coach in July 2018.

“Corey is a talented young coach and someone I’ve worked closely alongside for three seasons,” Ohio State head coach Ryan Day said in a statement. “He knows our system and he knows how we teach. I think he is going to allow us to develop some continuity in the quarterback room, and that’s important. I also believe that he is going to be an excellent recruiter for us.”

Dennis, originally from Troy, Ala., played college football at Georgia Tech, appearing in 54 games at a variety of positions. He was named a team captain in his senior season.

He is married to Nicki Meyer, Urban Meyer’s daughter and former volleyball player at Georgia Tech.