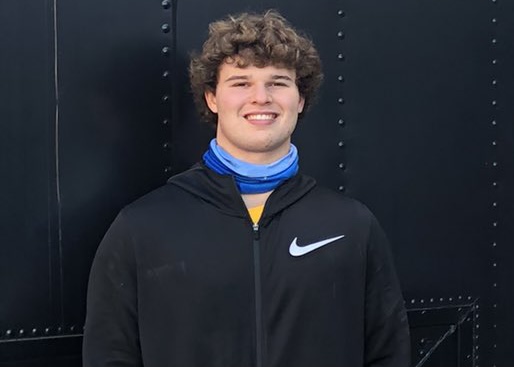 The 6-5, 260-pound Montgomery is not yet ranked by any major recruiting sites but figures to be one of the top-rated prospects in his class, as he’s already picked up offers from Cincinnati, Florida State, Indiana, Kentucky, Michigan, Michigan State, Notre Dame, Penn State, Pittsburgh, Virginia, Virginia Tech and West Virginia, among others. He also excels on the basketball court, too, as he previously played for LeBron James’ North Coast Blue Chips AAU team and now competes for Indiana Elite.

Ohio State head coach Ryan Day, offensive line coach Greg Studrawa – who grew up in Fostoria, just 25 minutes from Montgomery’s hometown – and graduate assistant Kennedy Cook have been in contact with Montgomery for several months now and the two sides speak a couple times each week. The Buckeyes hoped to get him on campus for an unofficial visit and then offer this spring, but the recent extension of the ongoing recruiting dead period meant they couldn’t wait any longer or risked falling behind other programs in the race to land his pledge.

It also seems unlikely that there will be summer recruiting camps, and the inability to work with Montgomery in that setting means Ohio State is confident in his future development – especially since he’s never played offensive tackle but will transition to the position as a junior after playing tight end and defensive end in the past.

Given Montgomery’s growing offer sheet, he doesn’t plan to make his college decision until the spring or summer before his senior year. But his family is close to sophomore offensive tackle Paris Johnson’s family and he’s been building a relationship with Vernon and 2022 Marysville, Ohio, four-star linebacker and commit Gabe Powers, which certainly works in the Buckeyes’ favor moving forward.