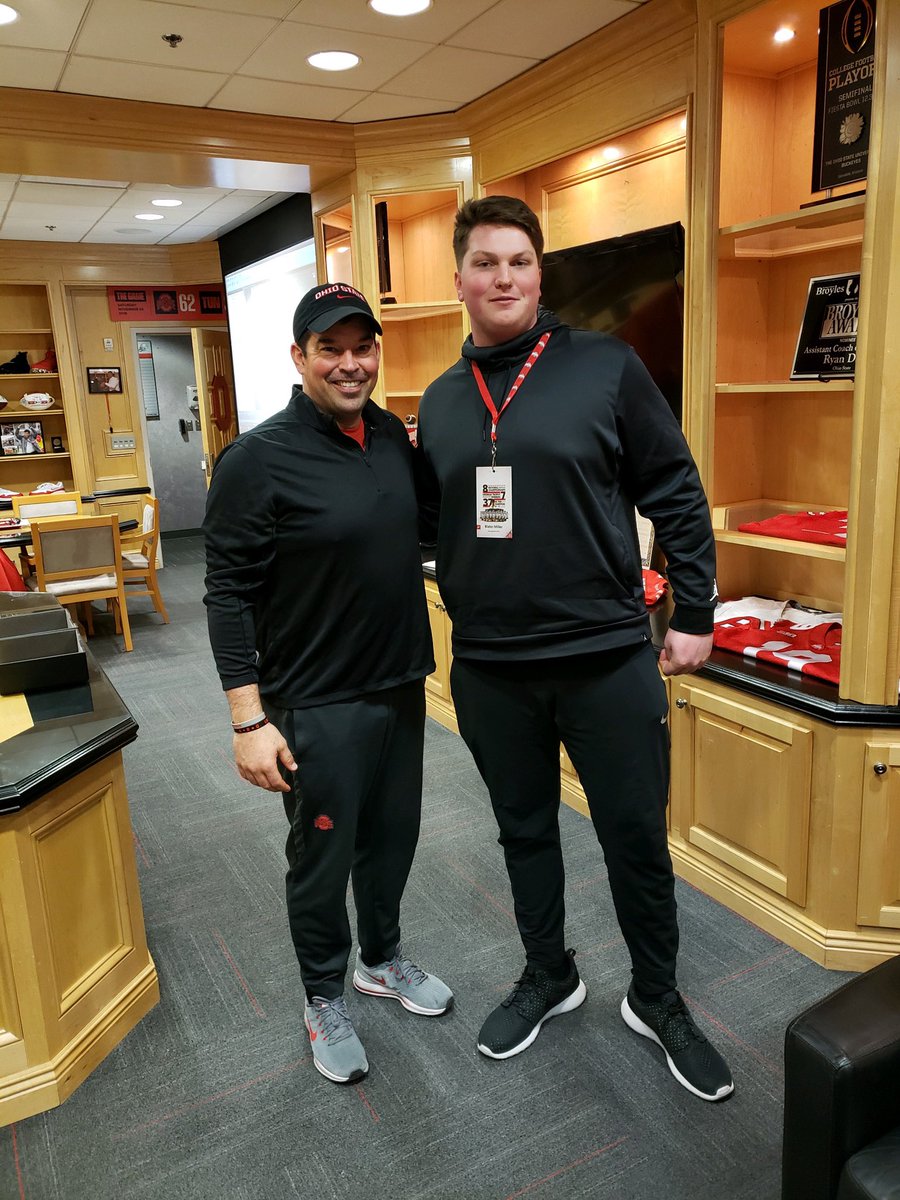 While Ohio State’s primary recruiting focus has not yet shifted to the class of 2022, the Buckeyes are still looking to get ahead of the curve in the class, and that includes identifying and offering the top talent from within Ohio. With a pledge from the No. 2 player in the state, Tegra Tshabola, already locked up, and a strong lead for the top player in Ohio, OLB Gabe Power and No. 3 ATH C.J. Hicks, OSU appears to be as dominant as ever in the Buckeye state.

The Buckeyes were looking to extend that in-state net a little further on April 24, when it extended an offer to Strongsville High School offensive tackle Blake Miller.

Miller is rated as the No. 8 player in the state and the No. 24 offensive tackle overall in the 247Sports player rankings. He doesn’t yet have a national ranking, though he is considered a three-star prospect at this point.

This offer is the 15th for Miller, with the Buckeyes joining Big Ten foes Indiana, Michigan and Northwestern, along with Midwest stalwarts Cincinnati, Kentucky and Pittsburgh, and a few national squads, including Arizona State, Florida and Tennessee. His Crystal Ball projections read 100 percent in favor of the Buckeyes, with four analysts making their predictions, including three that came today, shortly before Miller announced his offer.

Among the analysts is Ohio recruiting expert and 247Sports contributor Bill Greene, who dubbed Miller “one of  Ohio’s top 2022 recruits” in October.

At 6-6, 315 pounds, Miller would project as a tackle at Ohio State, the position that he plays for his high school. Ohio State will likely look for another full offensive line class in 2022, meaning that Miller would fill the second tackle slot along with Tshabola were he to join the class.