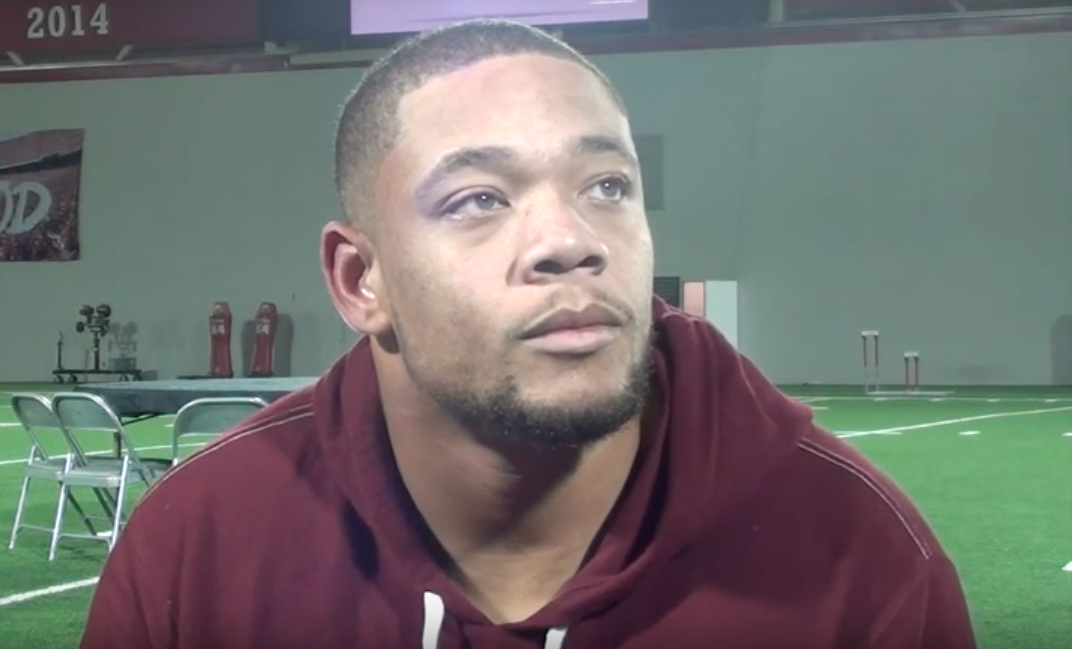 Ohio State got back to basics Nov. 3 in its 36-31 win over Nebraska, rolling the Cornhuskers for 229 yards on the ground.

Up against Michigan State, which boasts the No. 1 run defense in college football and the Big Ten at just 71.7 yards per game, will the No. 10 Buckeyes (8-1, 5-1) be able to carry last week’s success into East Lansing, Mich., Saturday at Spartan Stadium?

Ahead of the noon kickoff on FOX against the Spartans (6-3, 4-2), fifth-year senior right guard Demetrius Knox and junior center Michael Jordan met the media after practice Wednesday at the Woody Hayes Athletic Center and previewed OSU’s next test at MSU.

On the challenge of Michigan State’s run defense…

“We have a lot of respect for their team. But just like last year — I think they had the No. 1 rush defense in the Big Ten also and we came out on top.”

On how much the production vs. Nebraska boosts confidence….

“I wouldn’t say, necessarily, confidence because we know what we can do and we don’t really try to listen to outside voices or worry about certain things. But we already know what we could do.”

“I’m not too sure what the coaching staff wants to do, but whatever their game plan is every week, we’ve just got to go out there and execute. They’ve been doing this for years on years on years, so as long as we do what they say, at the end of the day, we’ll win.”

On the matchup against Michigan State’s run defense…

“It makes us extremely excited. One of my favorite things to do is go against a good opponent because it shows you how great you are vs. their attributes.”

On how much pressure is added against Michigan State’s scheme…

“I just feel like the most pressure is on Tuesday and Wednesday practices. By the time it’s game day, I don’t feel any pressure because I’ve seen it so many times (from the scout defense). It’s like I’ve been there before.”

On sophomore running back J.K. Dobbins getting going again…

“I don’t think it was really anything different other than that they handed the ball to J.K. and (junior running back) Mike (Weber), and they got a chance to showcase what they do all the time.”