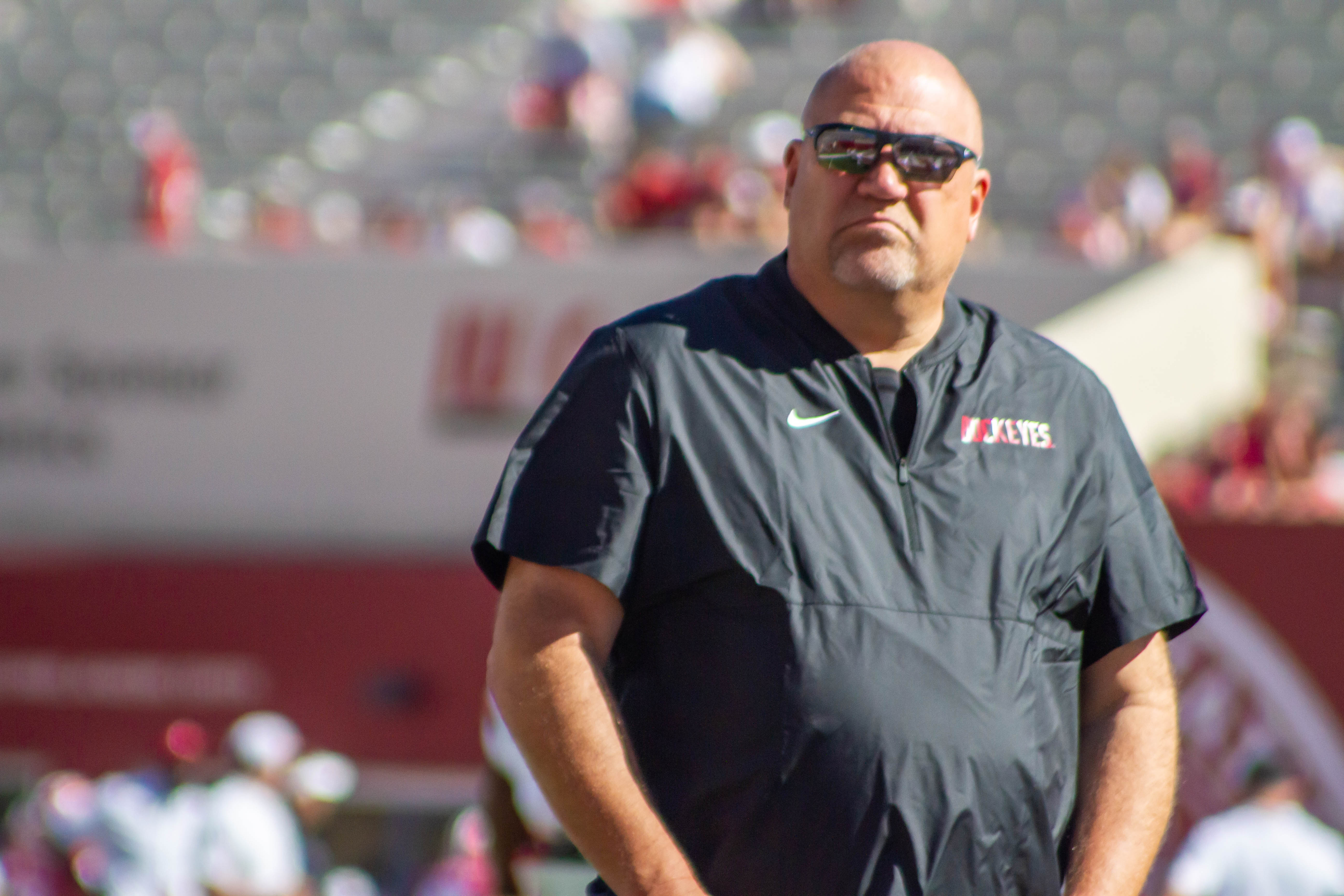 Ohio State offensive line coach Greg Studrawa spoke with the media Tuesday over a Zoom call to talk about how the line has developed in practices ahead of Saturday’s game against Nebraska. Studrawa also talked about Harry Miller and Nicholas Petit-Frere, who were named as starters at left guard and right tackle, respectively, by head coach Ryan Day.