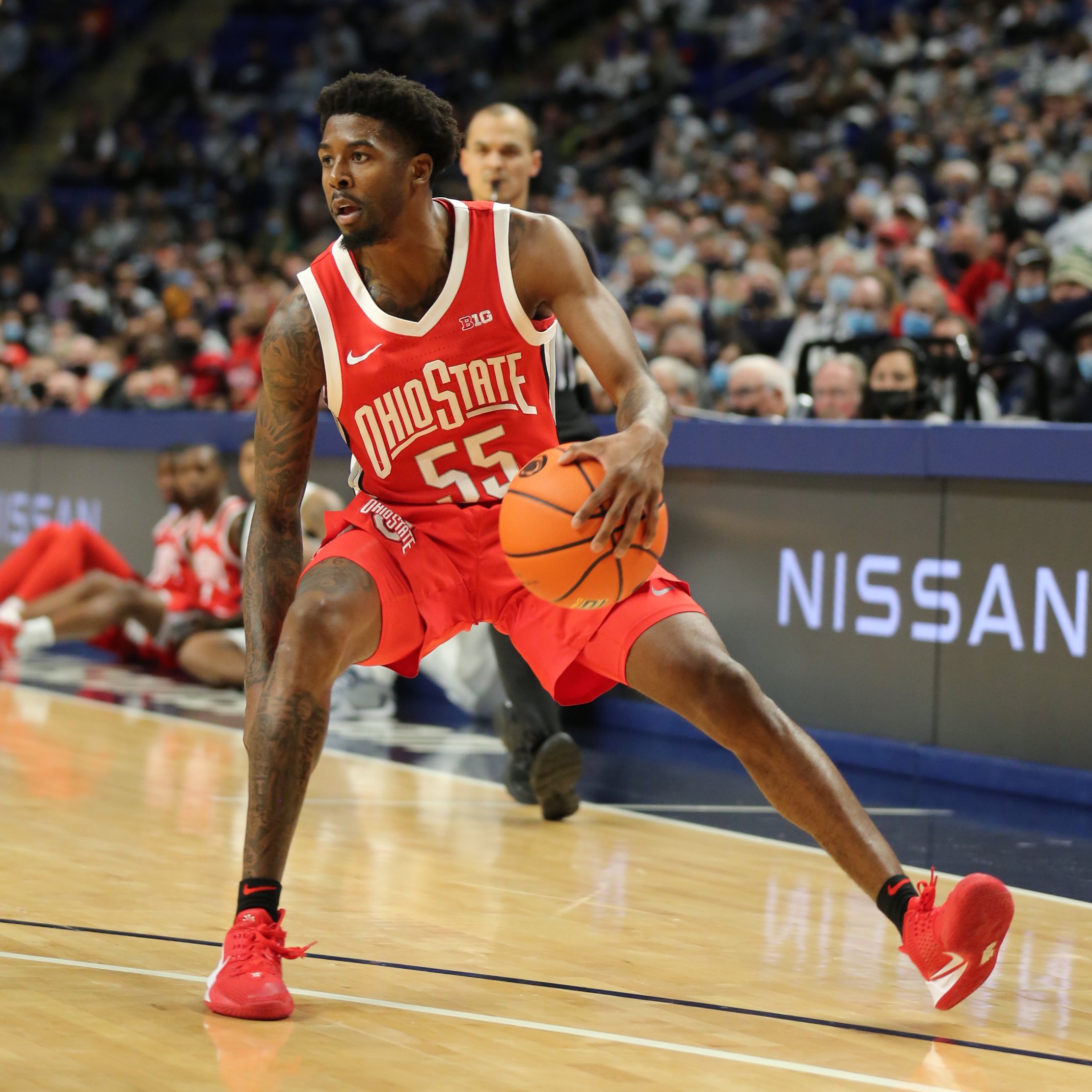 Ohio State played its first Big Ten game of the season on Dec. 5 in Happy Valley against Penn State and left with an expected but still plenty valuable win over the Nittany Lions (4-4), avoiding any sort of letdown after a Nov. 30 upset over top-ranked Duke.

For the Buckeyes, it was a valuable first league test for several reasons. Firstly, as Holtmann is always happy to explain, every Big Ten game is going to be a challenge for his squad. Even as Illinois, Michigan and Michigan State struggle in the beginning of the season, this is still one of the top conferences in basketball and every league win will go a long way.

Secondly, Ohio State was met with just its second truly hostile crowd of the season – perhaps even more so than the one it ran into against Xavier. The Bryce Jordan Center is already famously loud and the Penn State fans in attendance drew some extra motivation with the presence of point guard Jamari Wheeler, a long-time Nittany Lion who transferred to Ohio State this offseason.

Despite consistent boos from the crowd – or perhaps because of them – it was a big evening for Wheeler and the rest of the Buckeyes, who rode a blistering start to the game from the field to its 76-64 win. Wheeler tossed in seven points, four assists and five rebounds in just the first half of play, in the face of that consistent barrage from that opposite crowd.

As Liddell struggled to get going from the field, shooting only 2 of 6 for six first-half points, the Buckeyes leaned on their guards, led by Wheeler, to build out a 41-30 first-half lead.

Penn State would not be so lucky with the star forward in the second frame. He nabbed a quick four points as part of a quick 13-6 run to open the second half, extending Ohio State’s lead to a game-high 18 points at 54-36.

The Nittany Lions battled back, cutting the margin down to as little as six points at 67-61 with 2:39 to play, but they were unable to work beyond that. Excellent ball movement from the Buckeyes even in the face of a much colder shooting second frame was enough to keep Penn State largely at bay, especially down the stretch as Penn State whittled down that lead.

With the game back within two scores, Ohio State turned to Ahrens in the corner, who delivered in style with his third deep ball of the game on eight tries, pushing the lead back to nine at 70-61. A three-point play cut it back to 70-64, but a breakaway Liddell dunk off a beautiful outlet all but sealed the win, before a John Harrar turnover and two Young free throws did it outright.

Penn State’s Jalen Pickett led the game with 22 points, while Kyle Young led the Buckeyes with 16 points, trailed by Liddell with 13 and Malaki Branham with 11.