Ohio State Names Players Of The Game against Toledo 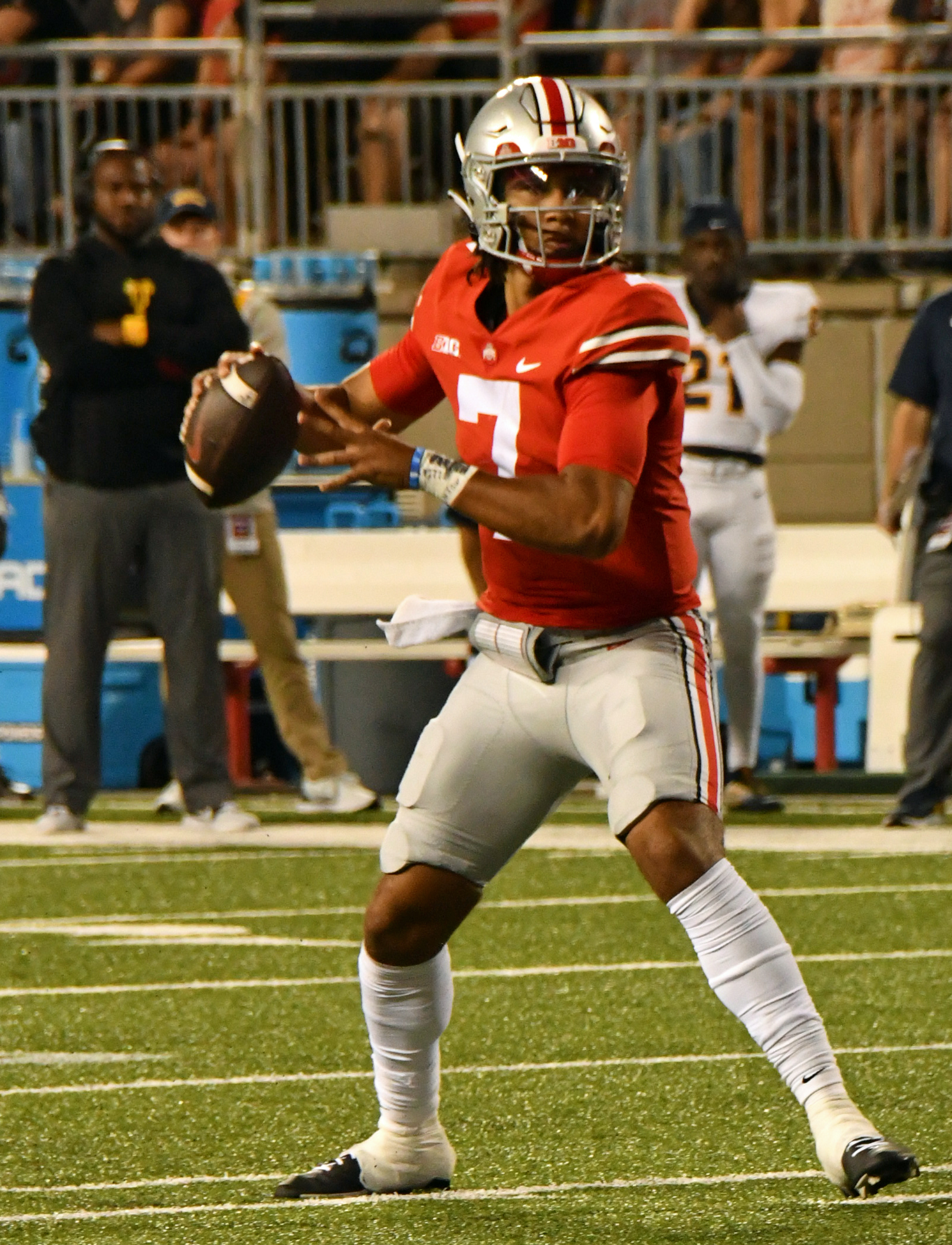 When the dust settled on Saturday night, third-ranked Ohio State had displayed why it’s worthy of its high standing after dispatching in-state foe Toledo 77-21.

The Buckeyes were led by their Offensive Player of the Game, quarterback C.J. Stroud — who turned in his best performance of the young season. The Inland Empire, Calif., native completed 22 of 27 passes for 367 yards and five touchdowns. Saturday marked the sixth time he’s thrown for five or more touchdowns across his 15 career starts at Ohio State.

Kickoff specialist Jayden Fielding earned Special Teams Player of the Game honors. As the Ohio State offense scored 11 total touchdowns, Fielding was called on for 12 kickoffs — 10 of which resulted in touchbacks. His 12 kicks went for a total of 776 yards and netted an average of 64.7 yards per kick.

Ohio State did not name a Defensive Player of the Game for Saturday’s contest. The Buckeyes allowed Toledo to score on three touchdowns of more than 20 yards, while Rockets quarterback Dequan Finn compiled 223 all-purpose yards and three touchdowns — two passing and one rushing.