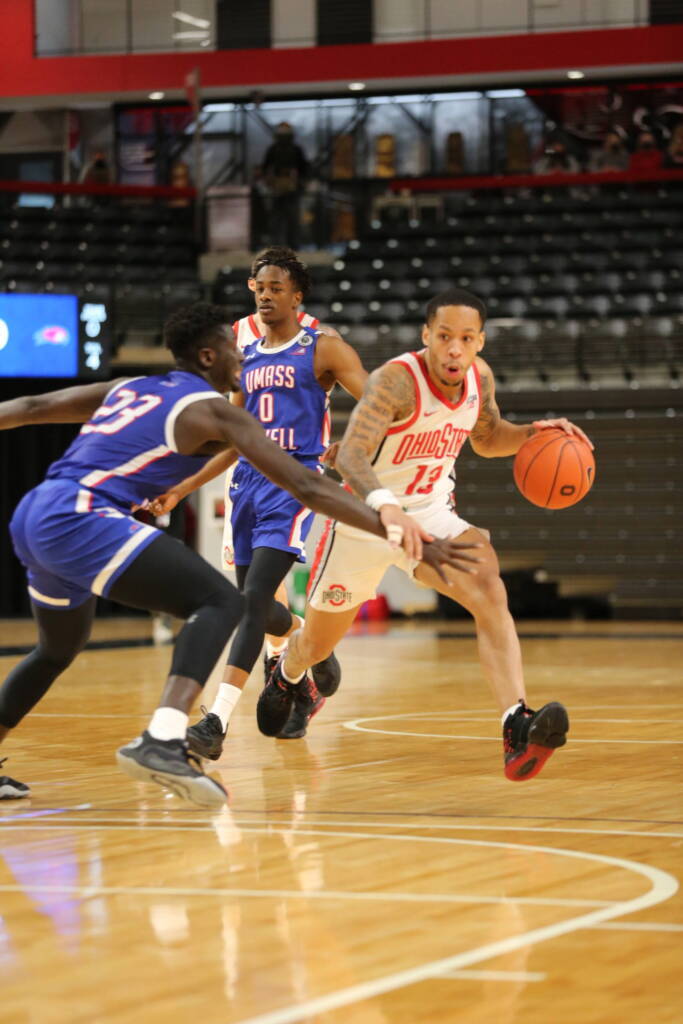 After a 3-0 combined record this past week from Ohio State’s basketball teams, both the men’s and women’s teams stay relatively unchanged in the Associated Press Top 25 polls, with the men’s team staying put at No. 23, while the women’s team jumped one spot to No. 19.

The men’s team, after a dominant win against Illinois State to open its season, had a narrow 74-64 victory over UMass Lowell that was neck and neck throughout much of the game.

The Buckeyes are ranked as the fifth-best team in the Big Ten, but there is a sizable gap between the top four and Ohio State, with Iowa (No. 3), Wisconsin (No. 4), Illinois (No. 5) and Michigan State (No. 8) all in the top 10. Rutgers is also in the top 25, placing one spot behind Ohio State at No. 24.

Michigan, Indiana and Maryland all received votes in the poll, with the Wolverines sitting just outside the top 25 at No. 26 with 90 votes.

On the women’s side, the Buckeyes moved up one spot after a lopsided 82-47 victory over Duquesne, the only game they played after the Nov. 25 scheduled season opener against Akron was canceled due to COVID-19.

Similarly to the men’s team, Ohio State ranks fourth in the Big Ten, but has a gap to make up behind the top three of Indiana, Maryland and Northwestern, who rank at No. 13, 14 and 15, respectively. Michigan made the poll on the women’s side, coming in at No. 24, while the Scarlet Knights received a single vote.