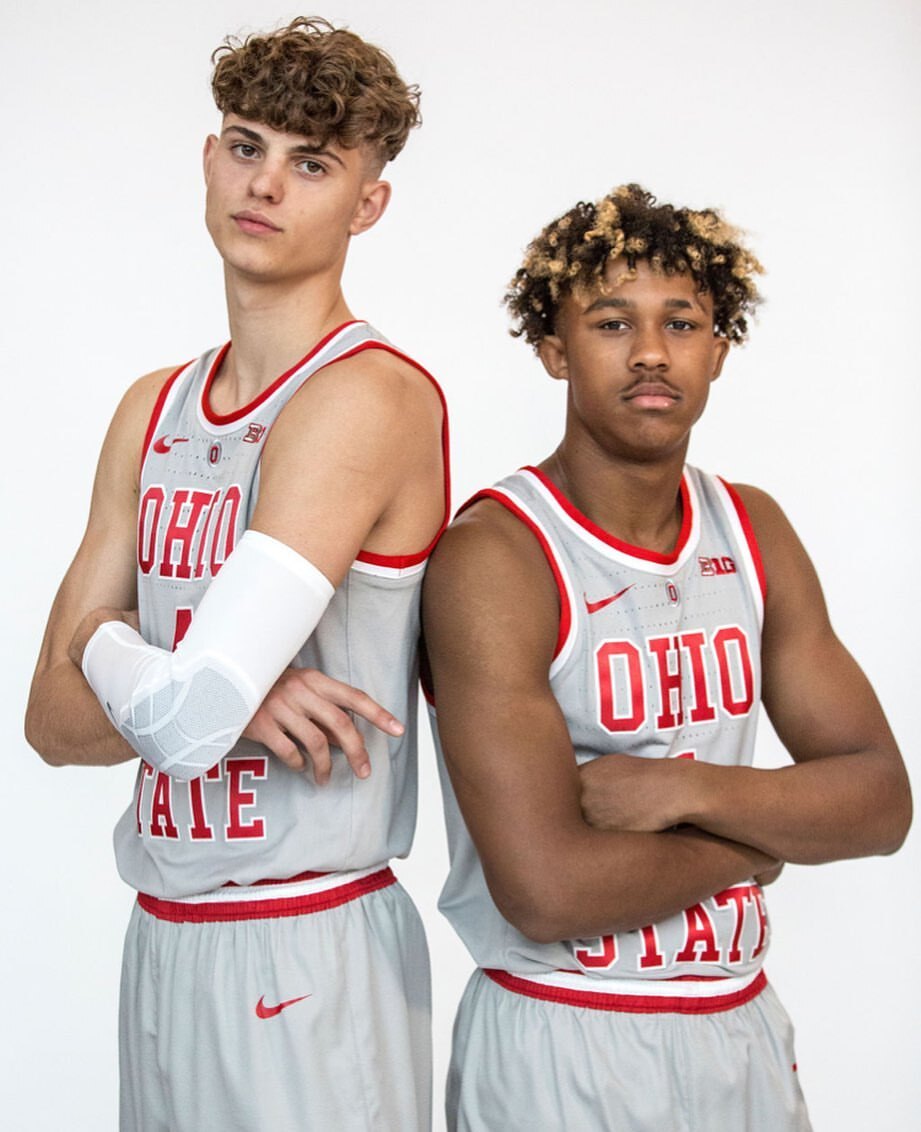 All three new Buckeyes hail from Ohio, and the trio made up the No. 8 class in the country and No. 3 in the Big Ten.

Branham (6-foot-5, 190 pounds) is the No. 4 shooting guard and the No. 28 overall prospect in the nation. He played at St. Vincent-St. Mary in Akron after being born and raised in Columbus.

Branham averaged 18.0 points and 6.0 rebounds in four games at the U16 Nike Peach Jam for NEO Tru Game in the summer of 2019, displaying his range by shooting 38.5 percent from deep.

Before his junior season was canceled due to the COVID-19 pandemic, Branham had led St. Vincent-St. Mary to a Division II Sweet 16 berth while averaging 21 points, seven rebounds and three assists per game.

“We are really excited about the addition of Malaki,” Holtmann said. “It became clear during the recruiting process that he and his family fit exactly what we were looking for. He brings great versatility and positional size to our backcourt, while playing with the competitiveness and habits we value here. His ability to impact winning on both ends is really exciting.

“Malaki comes from a storied Ohio high school program and will come in ready to make an impact as a Buckeye. His best days as a player are ahead of him. Malaki is a great addition to the University community and we are excited to officially welcome him to our Ohio State basketball family.”

Kalen was the first commit of the Buckeyes’ 2021 class, and he helped lead Crestview to the Division IV state championship with averages of 12 points and seven rebounds per game as a sophomore.

“We are excited to officially welcome Kalen and his family to The Ohio State University and the Buckeye basketball family,” Holtmann said. “Kalen and his family have Ohio State ties and I know he is looking forward to putting on the Scarlet and Gray for the first time. We love the fact that he plays for his uncle and loves being a Buckeye.

“His combination of skill and athleticism stood out from the beginning of the recruiting process and he has worked hard to continue his development. We see value in his versatility and love his passion for the Buckeyes. He has the potential to really grow as a player as his strength improves every year. We are looking forward to getting him to Columbus.”

Johnson (6-foot-2, 185 pounds), who was the second commit in the class, announced he reclassified Nov. 8 to join the Buckeyes early, this December.

A four-star point guard, Johnson was the No. 76 overall prospect nationally and the No. 2 prospect in Ohio for 2021, behind only Branham.

Johnson averaged 23 points per game as a sophomore before suffering a season-ending ACL injury that also held him out of his junior season.

“Meechie is a great addition to our basketball family,” Holtmann said. “The recruiting process revealed not only his love for the game and how hard of a worker he is, but it also became obvious how important family is to him. He is gifted with the ball in his hands and coupled with his size, will fit great in our system.

“We love the fact that he is an Ohio kid from a great high school program. We are excited for him to achieve his dreams of being a Buckeye and want to officially welcome him to our Ohio State basketball family. I know he can’t wait to put on a Buckeye uniform and is hungry to get to work.”