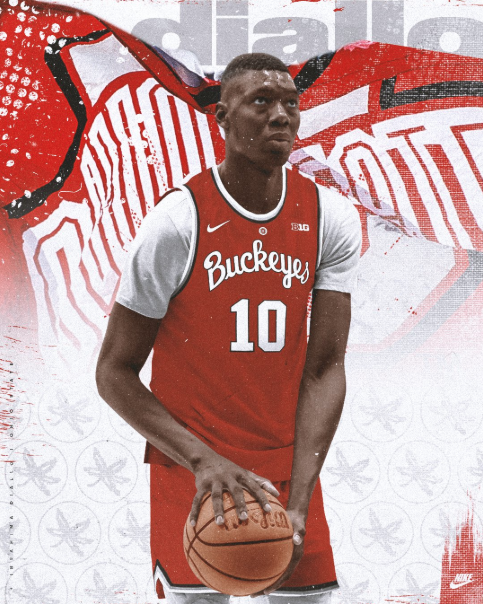 A much-needed reinforcement is on its way to Columbus for head coach Chris Holtmann and the Ohio State men’s basketball team ahead of the 2019-20 season.

After months of being in the mix, the Buckeyes landed a coveted commitment Sunday from 2019 center Ibrahima Diallo.

“I picked Ohio State because I have a good connection with Coach Holtmann,” Diallo told Daniels. “I have a connection with the coach, and I trust him. He’s a good coach. He knows what he’s doing and he’s got a good program.”

The 7-0, 200-pounder picked OSU over Pittsburgh — the only two schools he took his official visits to last month.

He visited Columbus the weekend of March 10 for the team’s 73-67 overtime loss to Wisconsin.

Out of the trip, his offer came soon after, with the need for Holtmann to add help in the post.

After months of careful consideration I have decided to commit to Ohio State University @OhioStateHoops I want to thank all the coaches who have recruited me during the recruitment process. My Family and I are excited about the next chapter in my life. 🅾️ pic.twitter.com/IWmZhpWHsi

Originally from Senegal, Diallo plays for Napa (Calif.) Prolific Prep. Rankings by 247Sports consider him as the No. 194 overall prospect, No. 41 center and No. 14 player in California for 2019.