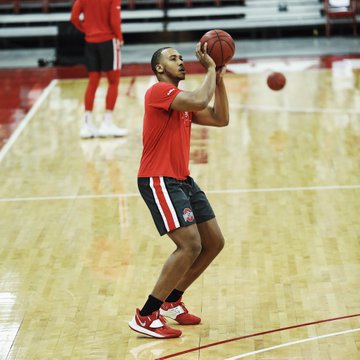 It was another week without wins for either the Ohio State men’s and women’s basketball teams, and while the women’s team stayed at No. 22 in the latest Associated Press top 25 poll, the men’s squad fell two spots to No. 9.

Alabama, Houston and Arkansas jumped the Buckeyes at No. 6, 7 and 8, respectively, while Ohio State moved ahead of West Virginia, who is in 10th. Rounding out the top five is Gonzaga, Baylor, Illinois, who defeated Ohio State this past week, Michigan and Iowa.

The Big Ten has five teams in the top 25, with the aforementioned Illini, Wolverines, Hawkeyes and Buckeyes, as well as Purdue, who ranks 20th. Wisconsin (24 votes) and Michigan State (one vote) also received votes.

On the women’s side, Ohio State fell to Rutgers, who moved up five spots to No. 19. Maryland is the highest ranked Big Ten team at No. 7, followed by Indiana at No. 9 and Michigan at No. 13. Iowa received five votes.

Also making the top 25 for the first time all season is Florida Gulf Coast at No. 24. The Eagles are led by former Ohio State guard Kierstan Bell and are 22-0 with Bell in the lineup.