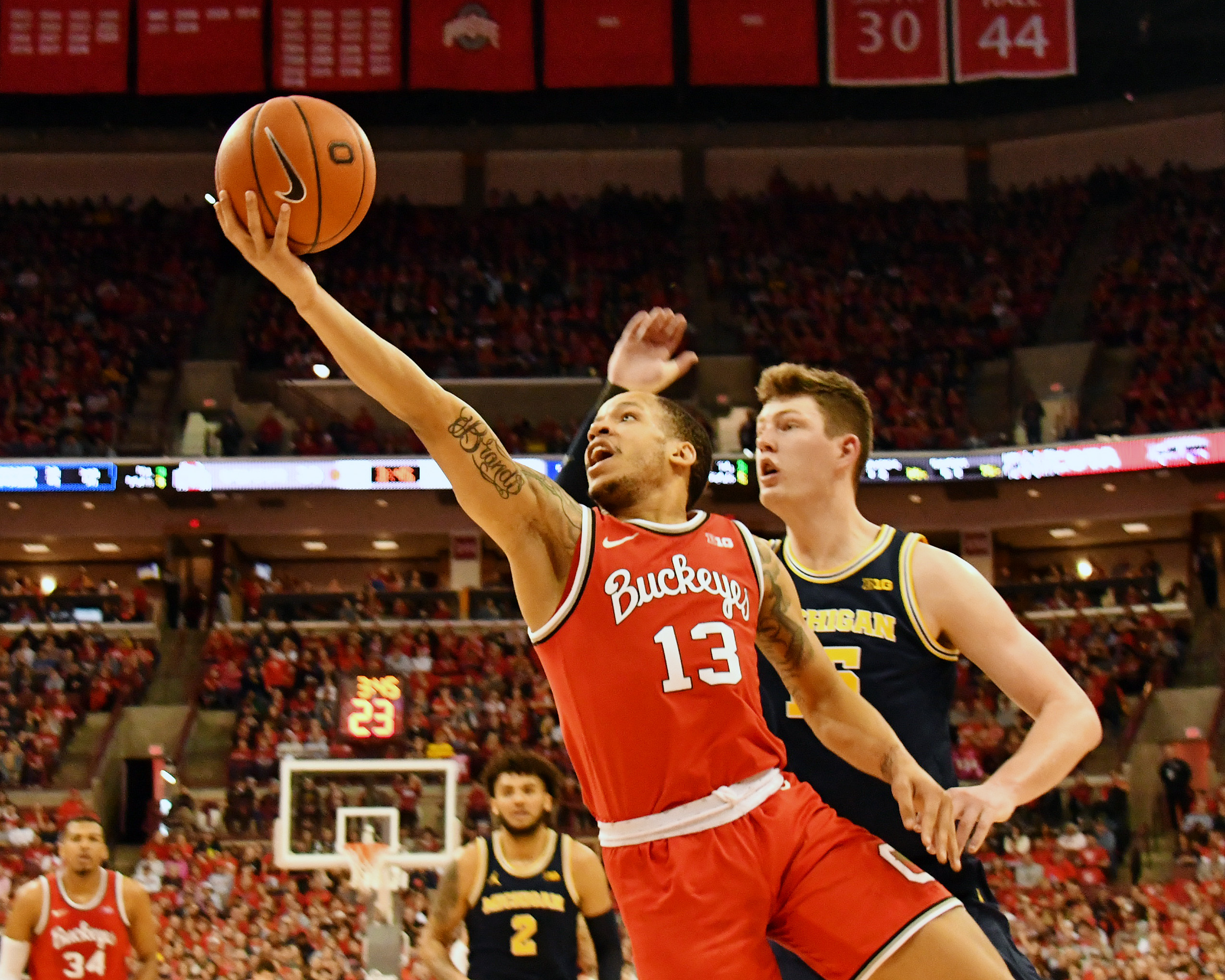 Additionally, we will analyze his place on the team ahead of the 2020-21 campaign. First up in the series is guard C.J. Walker.

C.J. Walker transferred to Ohio State on April 8, 2018 from Florida State, but the point guard was forced to sit out the 2018-19 season due to NCAA transfer rules.

The Indianapolis native also made his presence felt on the defensive side of the floor, averaging a team-high 1.3 steals per game. Walker was third on Ohio State with an 81.2-percent (56 of 69) mark from the free-throw line.

Taking on the responsibilities of playing point guard in Chris Holtmann’s offense, Walker totaled 107 assists to 54 turnovers. In addition to leading the team in assists in 17 of his 31 appearances, Walker totaled 14 games of double-digit scoring outputs.

Walker’s 8.7 points, 3.5 assists, 3.1 rebounds and 1.3 steals per game represented career highs after he averaged 8.0 points, 2.4 assists, 2.3 rebounds and 1.0 steals per contest as a sophomore at Florida State. His final season as a Seminole ended at the hands of Michigan in the Elite Eight, where he struggled with two points, zero assists and three turnovers.

The junior transfer faced the Wolverines for the first time as a Buckeye on Feb. 4, but he struggled from the floor with two points on 0-for-6 shooting and added five assists and three boards in a 61-58 victory.

In his next matchup with rival Michigan, Walker delivered perhaps his best performance in scarlet and gray. The 2016 Indianapolis Player of the Year played all but three minutes and scored 15 points with two steals, while tying career highs with seven assists and six rebounds in a 77-63 victory on March 1.

Walker set the tone with a winning play in the first half with the Buckeyes up 25-20. Duane Washington missed a tough runner in the lane, but instead of giving up, Walker tracked the ball from beyond the arc and grabbed an offensive rebound before showing the high IQ he showed all year.

The savvy point guard immediately dribbled the ball into the middle of the key, sealed the defender with his backside and found Kaleb Wesson for a wide-open three-pointer and an eight-point lead.

With the Wolverines on a 9-0 run and the Buckeyes trailing 38-34 in the second half, Walker changed the course of the game a tough play that showed the fearlessness he displayed all season. Walker caught a pass from Wesson at the top of the key and quickly pounded the ball with his left hand, taking three powerful bounces to the rim and finishing a strong and-1 to cut the lead to one.

Running the same play that Walker scored his and-1 on, Ohio State once again gave the ball to its point guard at the top of the arc off a Wesson pass. This time the game was tied at 54 with 6:33 left. Walker took a hard, left-handed dribble like he was attacking the rim again, but he instead bounced the ball behind his back and pulled up for a clutch midrange jump shot.

Not only did Walker’s clutch jumper spark a 23-6 Ohio State run on the way to a win over its rivals, but it demonstrated the diversity in his offensive game. The Wolverines were worried about Walker beating them off the bounce for another layup or drive-and-dish assist, but instead he stopped on a dime and knocked down a clutch jumper.

After being held scoreless in the first half against Michigan, whom he was averaging only 2.0 points on 10-percent shooting against through his first two matchups, Walker rose to the occasion. The former Florida State transfer scored all 15 of his points in the game’s final 20 minutes when it mattered most.

Beyond the Michigan game, Walker showed the ability to turn defense into offense in his first season in scarlet and gray. Against a talented Purdue team, Walker chased his man around an off-ball screen and swiped the pass from behind. Following the steal, Walker burst into the frontcourt and spun the last Boilermaker around before finishing on a smooth Euro step.

Walker exceeded expectations as a first-year Buckeye in 2019-20, becoming a key cog in the team’s offense as well as one of its best defenders. He is the top returning guard on the roster and will be in line for exceptional minutes at the point.

While on-ball defense and assist-to-turnover ratio will be two of his primary responsibilities, they are not weaknesses in his game. Where he will most have to improve for Ohio State is on his three-point shooting percentage, which dipped to 32.1 percent after making 35.5 percent of his threes as a sophomore at Florida State.

With another year of playing for Holtmann under his belt, Walker is primed for a big-time season at point guard in Columbus. Improving his three-point shooting will help space the floor for the Buckeye offense and make Walker an even tougher threat with the ball in his hands.

Forwards Seth Towns and Justice Sueing will largely be expected to provide scoring, along with Washington, but the play of Walker could be indicative of the Scarlet and Gray’s tournament success.