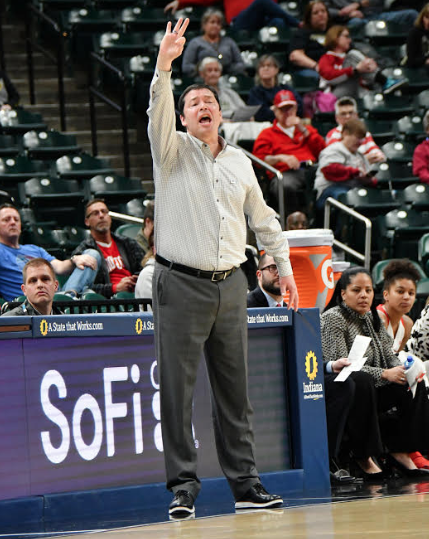 While the Ohio State women’s basketball team missed out on the NCAA tournament, head coach Kevin McGuff and the Buckeyes still have a postseason to get ready for.

After six Big Ten teams were selected by the NCAA committee Monday afternoon on ESPN, OSU was a priority choice for the Women’s National Invitation Tournament (WNIT).

We are @WomensNIT Bound!! Check back here later to see who we will face in the first round! #GoBucks pic.twitter.com/MmyQBWEkww

The winner advances to the second round March 23-26 against either Miami of Ohio or Western Kentucky, followed by the third round March 27-29 and fourth round March 30-31. The semifinals take place April 3-4 and the championship game is set for April 6 at 3 p.m. ET on CBS Sports Network.

The Buckeyes settled for the WNIT after they saw their 2017-18 conference title defense come up short March 7 at the Big Ten tournament. Fifth-seeded OSU fell 73-63 to 13th-seeded Wisconsin (15-17) in the second round at Bankers Life Fieldhouse in Indianapolis.

Ohio State overcame an overhauled roster with seven newcomers — four graduate transfer and three freshmen — in its 2018-19 rotation. On the season, the Buckeyes went 10-8 in conference play.

The WNIT appearance is OSU’s second in program history. Its last came in 2001 when Ohio State won five games on the way to the title.

En route to the 2001 championship, the Buckeyes beat Cincinnati and DePaul at home in the first and second rounds, followed by a quarterfinal win over Kentucky on the road. OSU then returned to Columbus and for a semifinal victory against James Madison before its 62-61 triumph past New Mexico with 18,018 on hand at The Pit in Albuquerque.