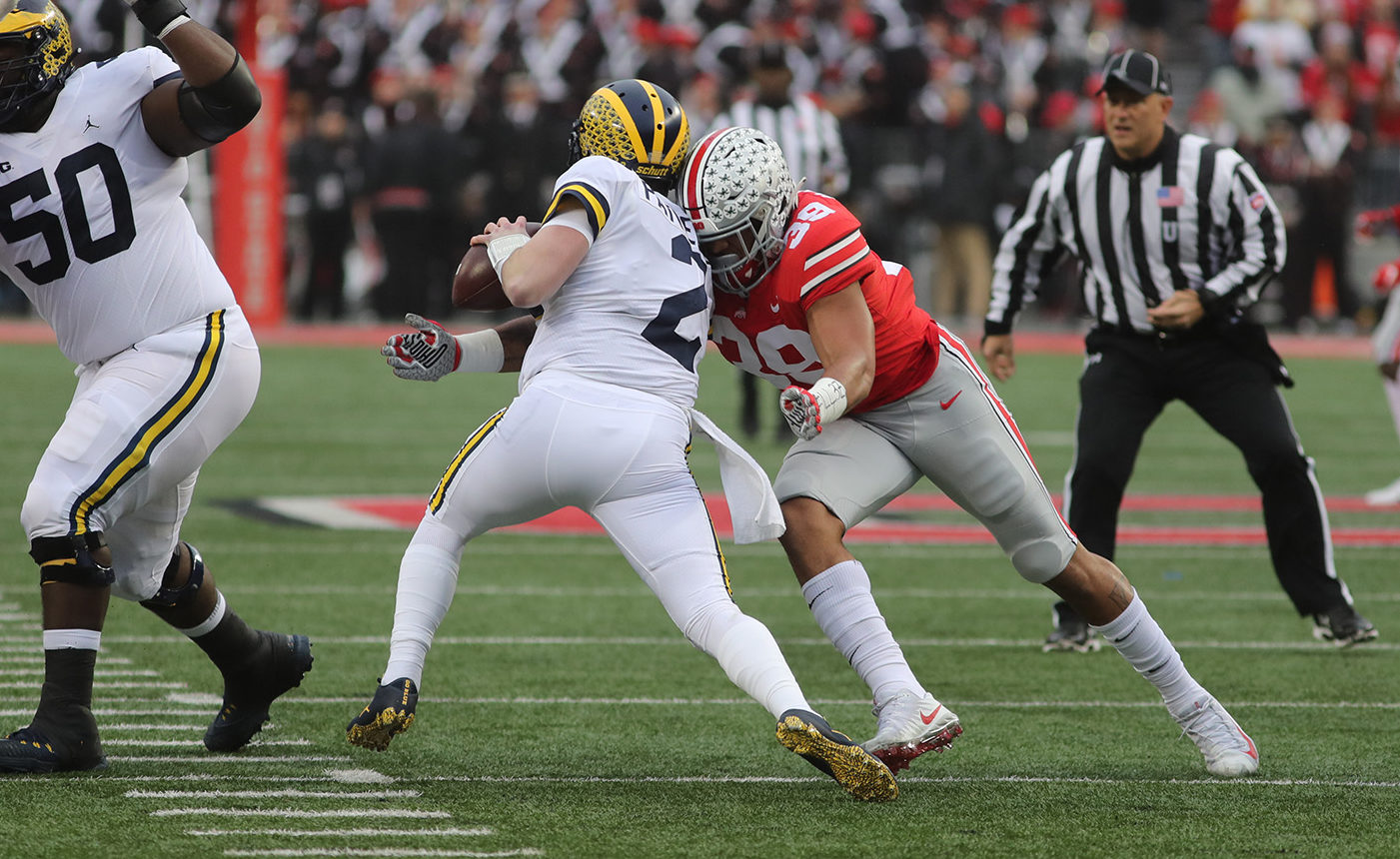 Ohio State linebackers Malik Harrison and Tuf Borland on Monday morning were named to the preseason watch list for the Butkus Award, which is given annually to the nation’s best linebacker.

The 6-3, 240-pound Harrison was tied for the team lead with 81 tackles last season. Entering his senior year, he’s played in 39 games (14 starts) for the Buckeyes over three seasons.

The 6-1, 232-pound Borland, meanwhile, recorded 67 tackles, nine tackles for a loss, three sacks and two forced fumbles to help Ohio State to a Big Ten championship and win in the Rose Bowl. He was named a team captain as a redshirt sophomore last season.

Named after Dick Butkus, one of the best defensive players in NFL history, the Butkus Award has been given out annually by the Downtown Athletic Club of Orlando since 1995. It has twice been given to a Buckeye, as Andy Katzenmoyer won the award in 1997 and James Laurinaitis followed suit in 2007.

Semifinalists and finalists will be named Nov. 4 and 25, respectively, while the winner will be announced during The Home Depot College Football Awards on Dec. 12.