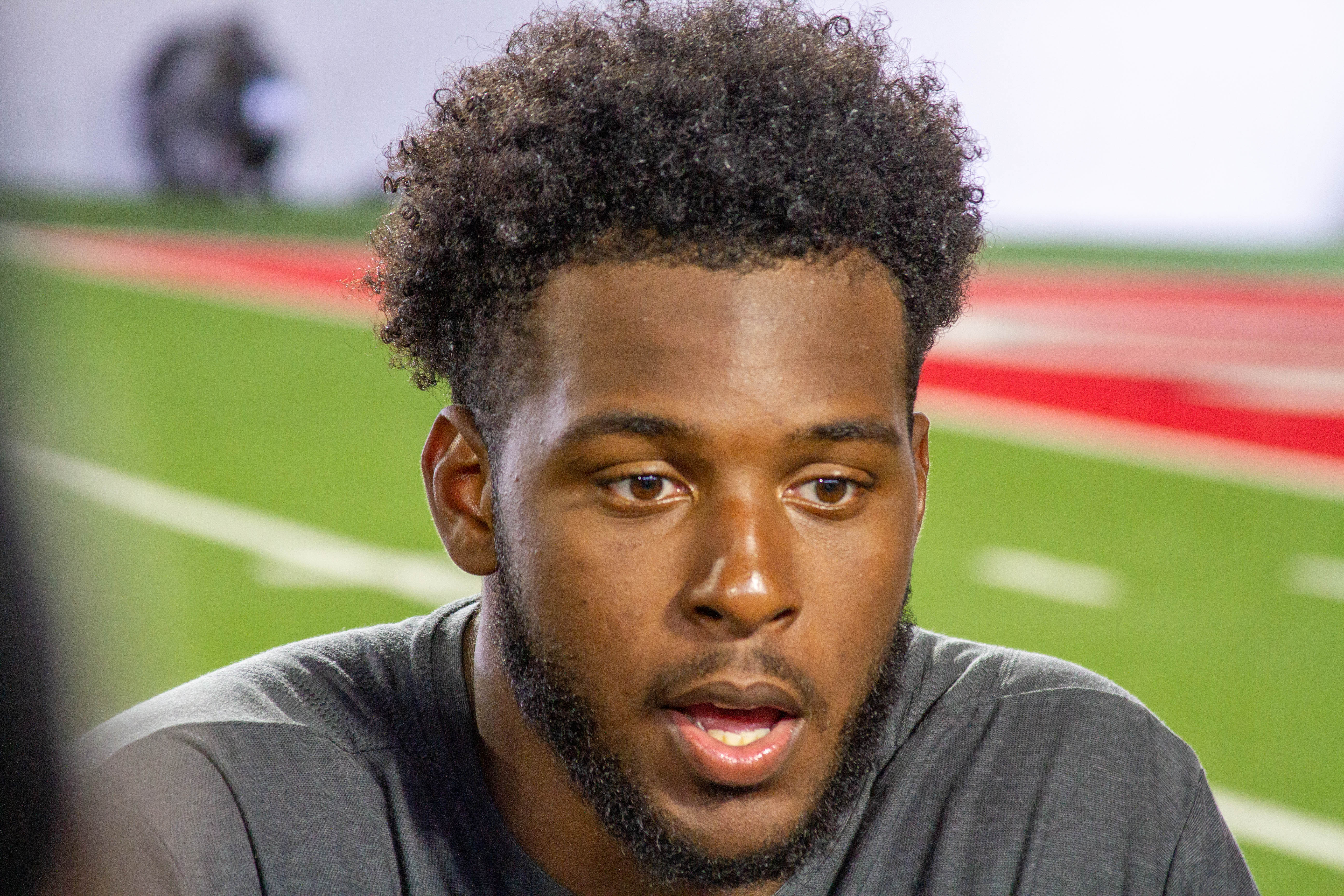 Ohio State senior left guard, captain and ‘Block 0’ recipient Thayer Munford is not expected to miss significant time for the Buckeyes after an ankle injury sent him to the locker room on a cart early in Ohio State’s 41-20 win. Head coach Ryan Day said after the game that the early returns didn’t seem to be serious for the Cincinnati native, though he’ll be undergoing further tests .

If Munford’s injury does last multiple weeks, Ohio State could find itself down two offensive line starters, as center Harry Miller has been listed as unavailable for the first three games of the season. Day has not cited any reasons for the absence, but Luke Wypler has been starting in his place. If he can’t play, Matthew Jones, who filled in against the Golden Hurricane, will likely take his place.

Munford was described after the game by tackle Nicholas Petit-Frere as one of Ohio State’s most important linemen.

“Losing Thayer is a big loss. Like I said at the beginning of the season, Thayer is one of our most important offensive linemen and he’s a leader not only on the offensive line but the offense and the team in general. He’s been a staple for a few years. But things like this happen,” Petit-Frere said. “Matt Jones stepped in, he did an amazing job, communicated really well with me and Luke (Wypler) at center. He had an amazing day, I think he had a really good day on the offensive line, and just couldn’t be prouder of him just stepping in and filling his role when his number was called.”

Notably, Ohio State was also down defensive end Zach Harrison against the Golden Hurricane, which Day said was game-time decision. He hopes to have the defensive end back for Ohio State’s Sept. 25 matchup against Akron.

“We’re hoping to get him back to practice next week,” Day said. “It was kind of a game-time decision, but we felt like the best thing for him to do was to hold him for this game and then hope to get him back next week.”