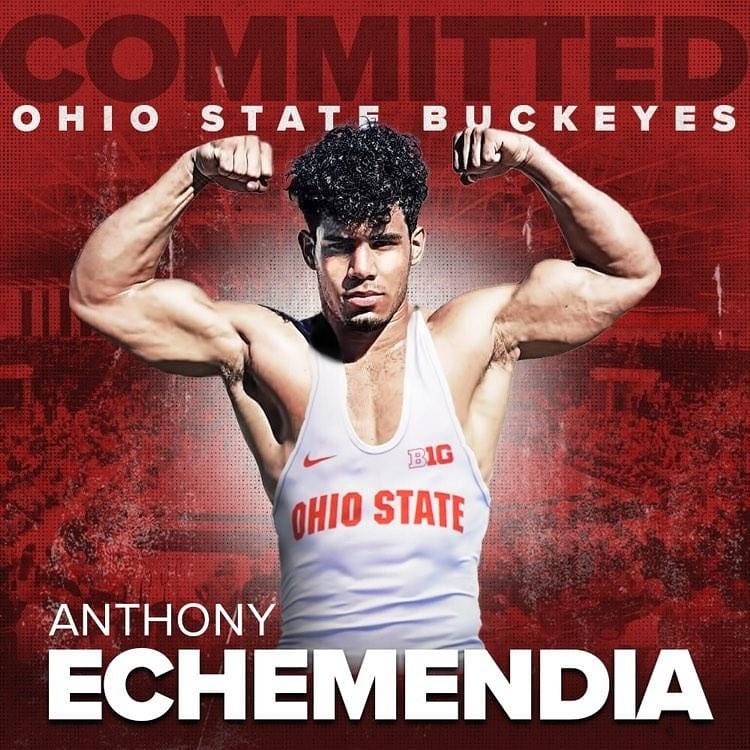 As Ohio State enters the 2019 wrestling season, head coach Tom Ryan still has his thumb on the pulse of the recruiting world, as the Buckeyes landed a commitment on Nov. 13 from one of the nation’s top wrestling recruits, Anthony Ecehmendia.

Echemendia’s addition to the class came at the final possible moment, with the senior announcing his intention to commit and sign with the Buckeyes on signing day. Echemendia’s recruitment was a long and winding one that saw him committed to Iowa State at one point, only to decommit this fall, stating the desire to take official visits.

“I am doing what everyone does, visiting the schools that are interested in me before making a decision,” he said via Twitter. “I want to live this experience that is new to me because in Cuba there is a different system [and] there are a lot of opportunities in [the] USA.”

Echemendia visited Ohio State on Oct. 26, and it was that visit that ultimately sealed the deal for the Buckeyes.

A Cuba native, Echemendia’s story is a unique one. The star wrestler left Cuba 2018 to train in Guatemala, found his way to Mexico and eventually to the Texas border. There, he requested political asylum and entry to the United States. After two months in detention, Echemendia was accepted into the United States, and enrolled at Sunnyside (AZ.) High School. He details the experience in a lengthy Twitter thread that is certainly worth the read.

A year ago I left Cuba with destination to Guatemala for a training camp. I spent about thirty days in the Olympic Training Center, and that's where I made the decision to open new doors in my life, I left only chasing an ilision. pic.twitter.com/jWsZXEPA0O

In his first year in America, the youngster won a state championship at 152 pounds, then won in both Greco-Roman and Freestyle tournaments at the Junior National Championships.

At Ohio State, where Echemendia will enroll in January, he is expected to either slot in at 149, moving Sammy Sasso up to 157, or to just stay at 157 as an immediate solution for the Buckeyes. He joins a class that was already third in the nation.