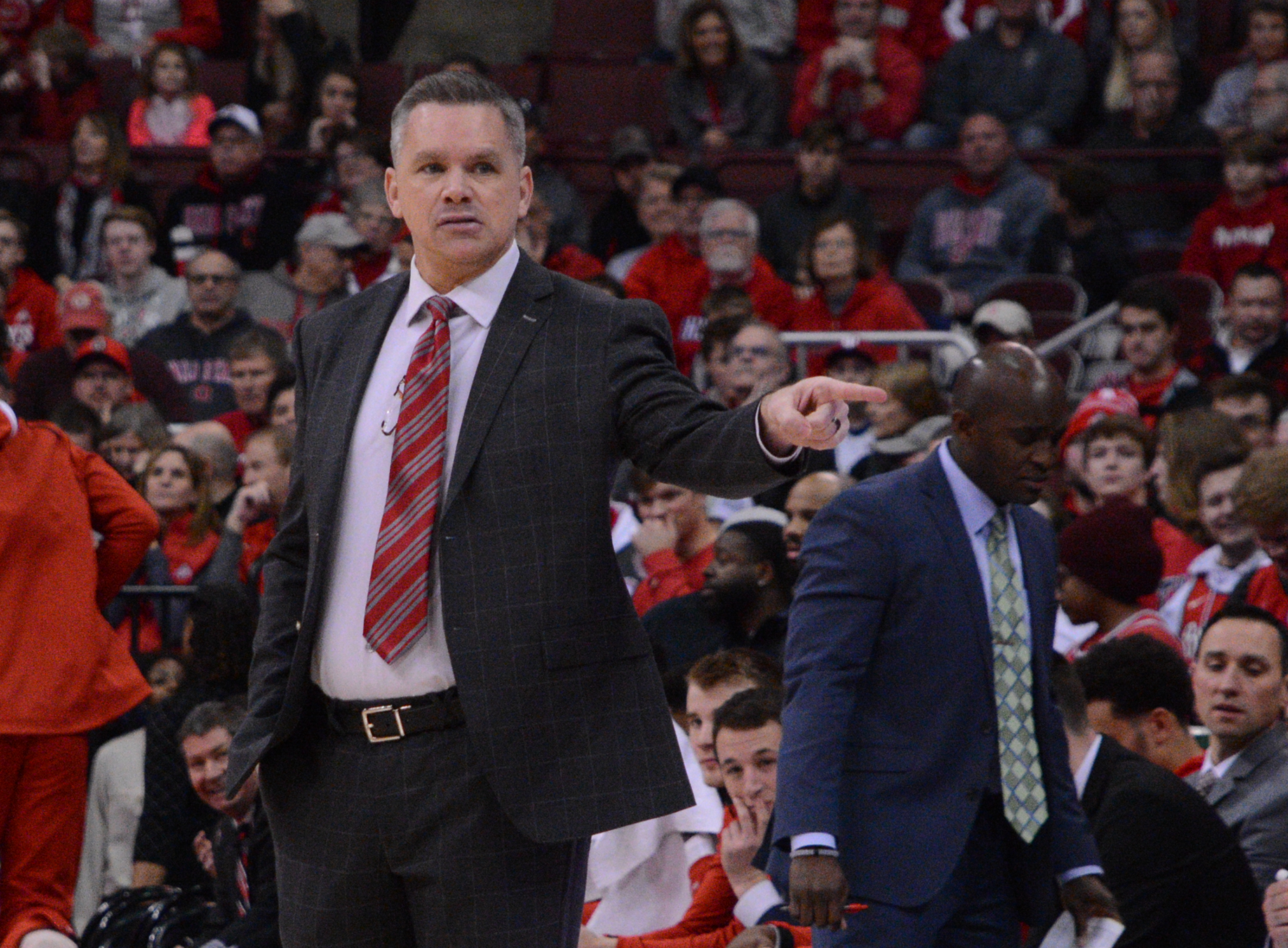 Chris Holtmann has landed Ohio State’s second commitment for the class of 2023, securing a pledge from Saint Mary’s (Ohio) Memorial three-star center Austin Parks over Indiana and West Virginia as he announced his decision in his high school auditorium on Feb. 13.

As an Ohio native, it was ultimately the chance to stay close to home that played the largest role in Parks’ decision to choose the Buckeyes.

“All of these schools that I have talked to have been great. It was a real decision between Ohio State and Indiana and I had to look at all the factors but my whole family has always been Ohio State fans,” Parks said. “It’s about an hour-and-a-half down the road from me and it’s just really convenient for me and my family with the way my mom works and my dad’s health condition so it just works out best for everybody.

“I’ve had a good relationship with all of these coaches but they made me feel like a priority. Coach Holtmann has been to my games a few different times and he’s made it clear that no other head coach has come out and saw me the way he has. He was at my first game this season and my recruiters, coach (Jake) Diebler and coach (Ryan) Pedon keep in contact on a daily basis, seeing how I am doing, asking me if I ever need anything and said they will always be there if I need something. They’re like family.”

Parks is ranked as the No. 148 overall player and No. 18 center in the 247Sports composite while checking in as Ohio’s No. 6 prospect in 2023. The Buckeyes have expressed interest in the state’s three players — Cincinnati Taft shooting guard Rayvon Griffith; Columbus Africenter Early College small forward Dailyn Swain and Dayton Wayne combo guard Lawrent Rice — but has serious challengers to face in each battle.

OSU is considered a favorite for Swain and Rice but has struggled in making inroads with Griffith, although it was included in his Jan. 4 top 10 alongside Alabama, Arizona State, Kansas, Louisville, Oklahoma State, Penn State, South Carolina and UCLA.

This gives Holtmann and Co. two pledges in 2023, with Christian Academy of Louisville (Ky.) combo guard George Washington III, the No. 46 player in the nation, joining the class back in November of 2021. It’s expected to be a second consecutive full class for the Buckeyes after signing 2022’s five-man group, with openings still available at both forward spots and at point guard. The 6-9, 240-pound Parks projects as a skilled and powerful center, not dissimilar from the styles that Zed Key and Kaleb Wesson brought to Columbus, though he’s considered a bit more agile. He’s averaging 20 points and nine rebounds per game as a junior.