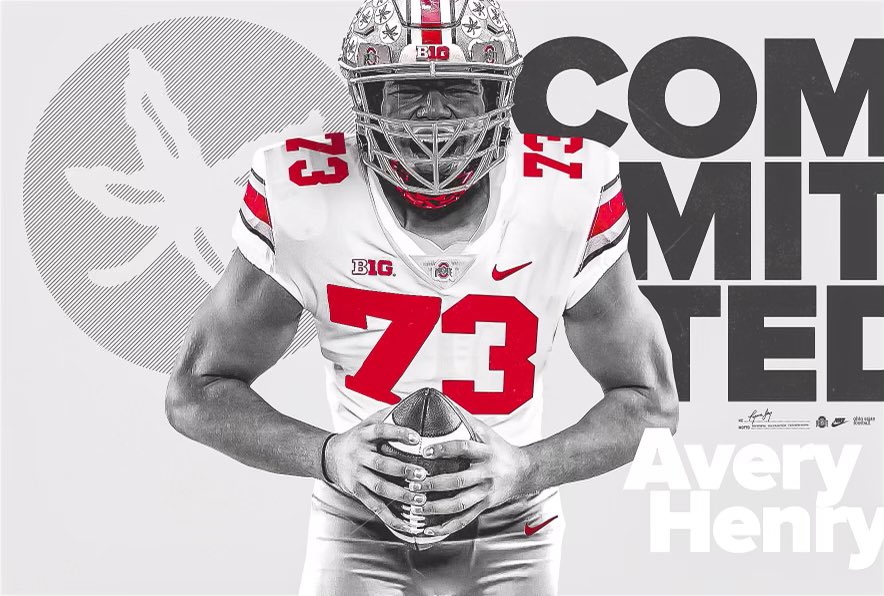 When it rains, it pours – apparently. After its lengthy 2022 commitment drought from early July, Ohio State has snapped the dry spell with a torrential downpour, earning two commitments in as many days. On Tuesday, the man of the hour was four-star Hollywood (Fla.) Chaminade-Madonna Prep defensive end Kenyatta Jackson Jr., who picked the Buckeyes over Alabama and Oklahoma to become Ohio State’s first pledge on the defensive line in the class.

Today, it’s Avery Henry’s time. A three-star offensive tackle from St. Clairsville, Ohio, Henry didn’t take long in making up his mind of the Buckeyes. He earned an offer from offensive line coach Greg Studrawa after his high school game on Oct. 15 and less than a week later, he’s jumped on that opportunity and committed to Ohio State.

“First off, I would like to thank my biggest supporter, my mother, for always being there when I needed her,” Henry posted. “Because of the uncertainty of the future, but at the end of the day, always knowing we could do it. Next, I want to personally thank all the people that believed in me. With this being said, I would like to announce that I will be continuing my football and academic career at The Ohio State University.”

Henry is ranked as the No. 1321 player in his class and the No. 134 offensive tackle. He’s the third offensive lineman in the Buckeye class, along with four-star Englewood (Colo.) Cherry Creek product George Fitzpatrick and West Chester (Ohio) Lakota West four-star tackle Tegra Tshabola. He picked OSU over Iowa State, Syracuse, West Virginia and a litany of MAC offers.