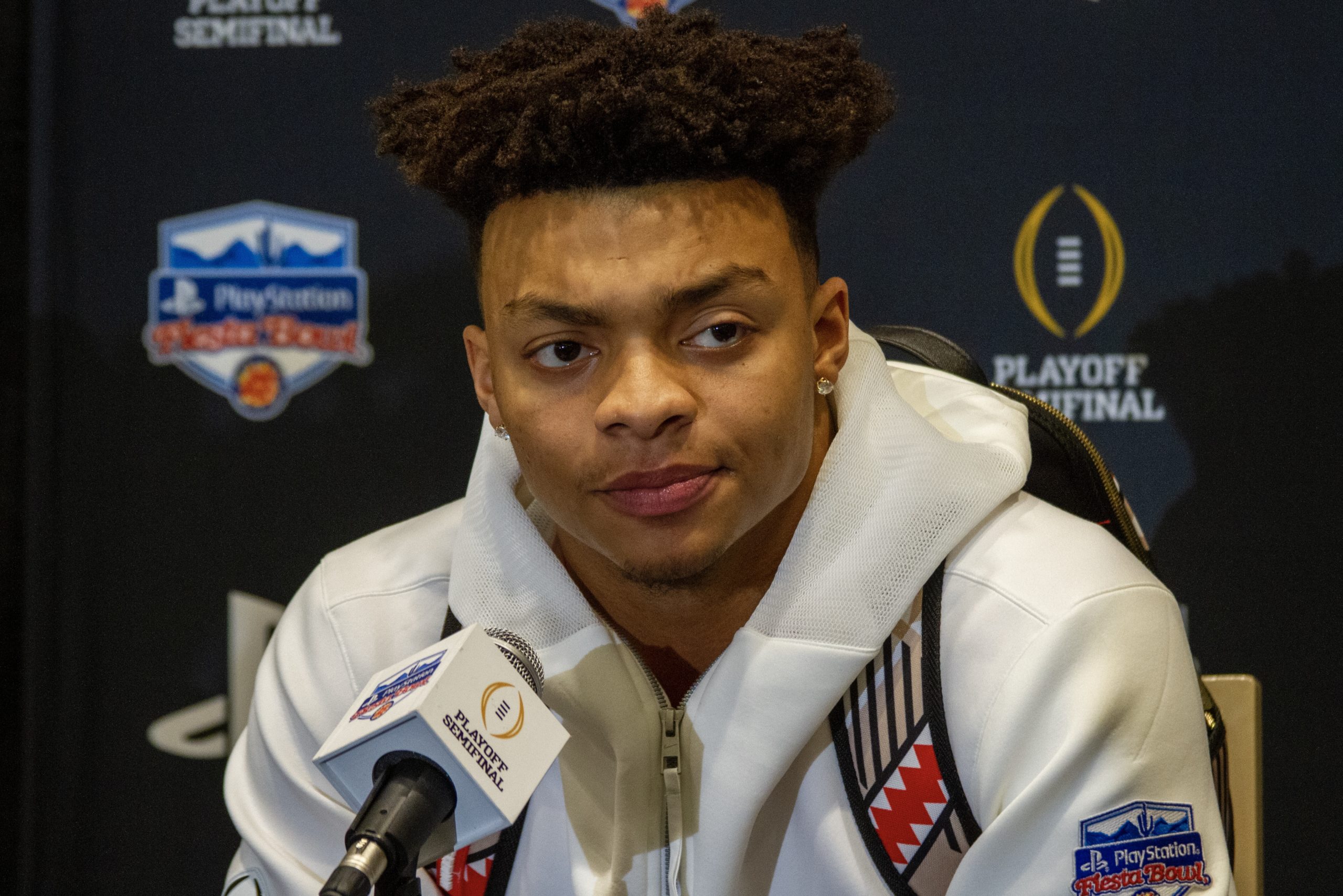 Although they grew up just 20 minutes apart in the northwest Atlanta suburbs, Ohio State quarterback Justin Fields (Kennesaw Harrison) and Clemson quarterback Trevor Lawrence (Cartersville) have never played an actual football game against one another.

Actual being the operative word, as the two top-rated recruits in the class of 2018 battled in the Elite 11 and seven-on-seven tournament at The Opening Finals at the Nike World Headquarters in Beaverton, Oregon, the summer before their respective senior seasons of high school.

“That experience was great,” Fields told Buckeye Sports Bulletin in the days leading up to the PlayStation Fiesta Bowl (8 p.m. on ESPN). “I think going there, I was just really locked in because I knew what was on the line and knew my goal was to leave the MVP.”

Fields was named the event’s most valuable player and made his case as to why he should be considered the nation’s top-rated prospect, but when he signed with Georgia a few short months later, ESPN was the only site that considered him the No. 1 player in the country. Rivals, 247Sports and the 247Sports Composite Rankings tabbed Lawrence instead.

“I was just glad for the opportunity to go there and show my talents off,” Fields said.

The two have had varying levels of success in the years since, as Lawrence led Clemson to a national championship as a freshman while Fields was a backup at Georgia and transferred to Ohio State after the season. But now the two are just hours from battling for the first time in the College Football Playoff semifinal, offering the two a chance to meet on a real football field for the first time.