Ohio State Hovering Around No. 10 In AP, Coaches Polls 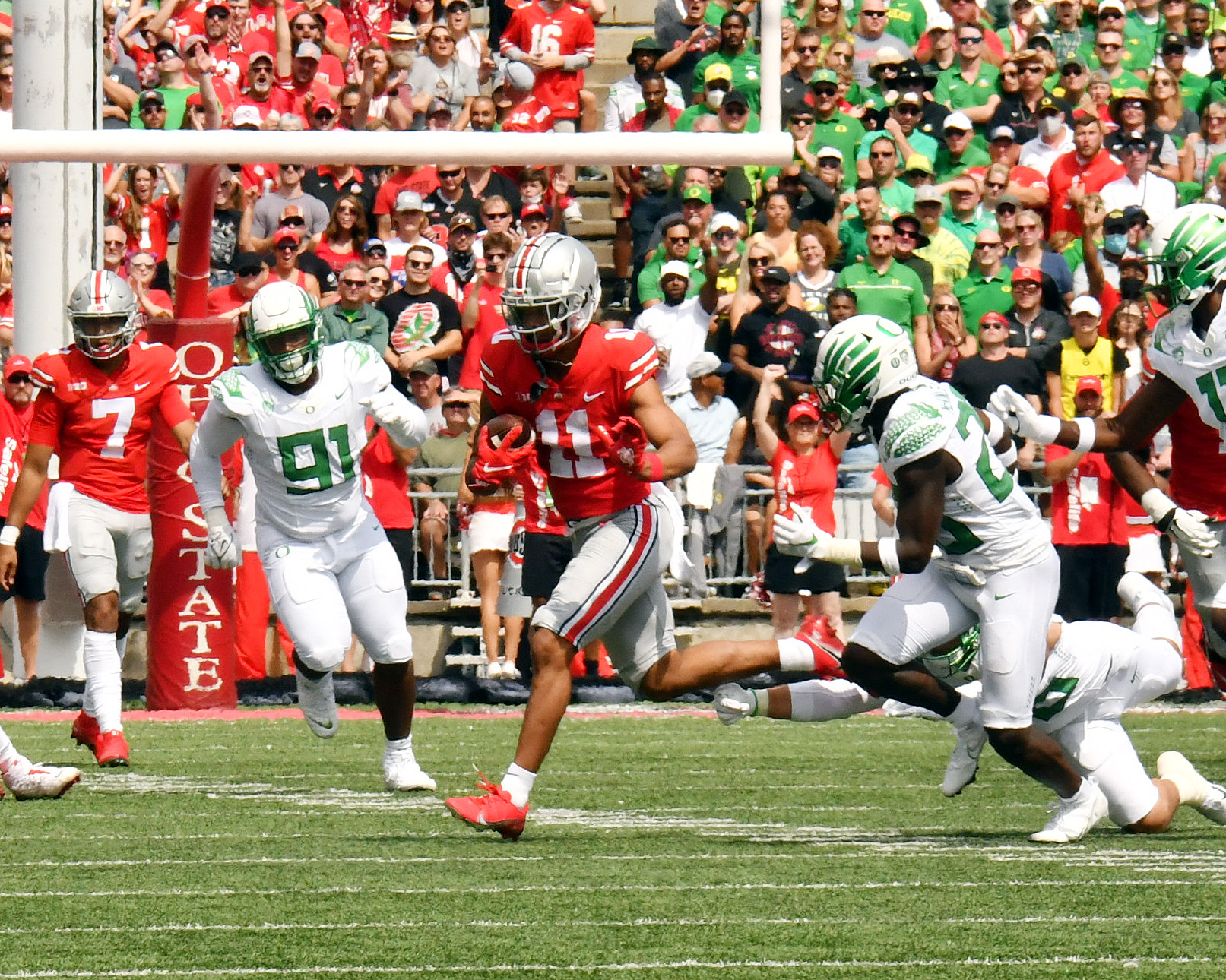 After its 35-28 defeat at the hands of Oregon on Sept. 11, Ohio State took a tumble in both major college football polls, falling to No. 9 in the Associated Press media poll and to No. 11 in the coaches poll, after entering the matchup with the Ducks as the nation’s No. 3 team.

The former sees the Buckeyes just sneak inside the top 10 as one of two teams with a loss in the upper echelon, along with No. 6 Clemson, which lost to second-ranked Georgia in week one. Alabama leads both polls, followed by the Bulldogs, Oklahoma and Georgia as a consensus top four. Iowa cracks the top five in the AP listing, while Texas A&M is fifth in the eyes of the coaches.

Both polls have Clemson at fifth, swapping the Hawkeyes (seventh in the coaches poll) and Aggies (seventh in the AP poll) behind them. Cincinnati is unanimous at No. 8, and Penn State rounds out the AP’s top ten, while Florida and Notre Dame round of the coaches’ selections.

The AP poll places five Big Ten programs within its top 25, as the top ten trio is joined by No. No. 18 Wisconsin and new arrival Michigan at No. 25 after a blowout victory against Washington. The same five crack the coaches poll but with just one top 10 team, as Penn State sits at No. 12, Wisconsin at No. 17 and Michigan at No. 25. Michigan State, Indiana and Maryland received votes in both polls, and Rutgers earned a few votes among the coaches as well.

Oregon’s leap from No. 12 to No. 4 is the most significant rise in the AP selections, while Ohio State’s six-spot drop is the largest of any team that remained within the top 25. Oregon led the leapers in the coaches poll as well, moving up seven spots, while Ohio State’s eight-spot drop was again the largest – though No. 14 USC and No. 15 Texas did drop out of the rankings entirely.