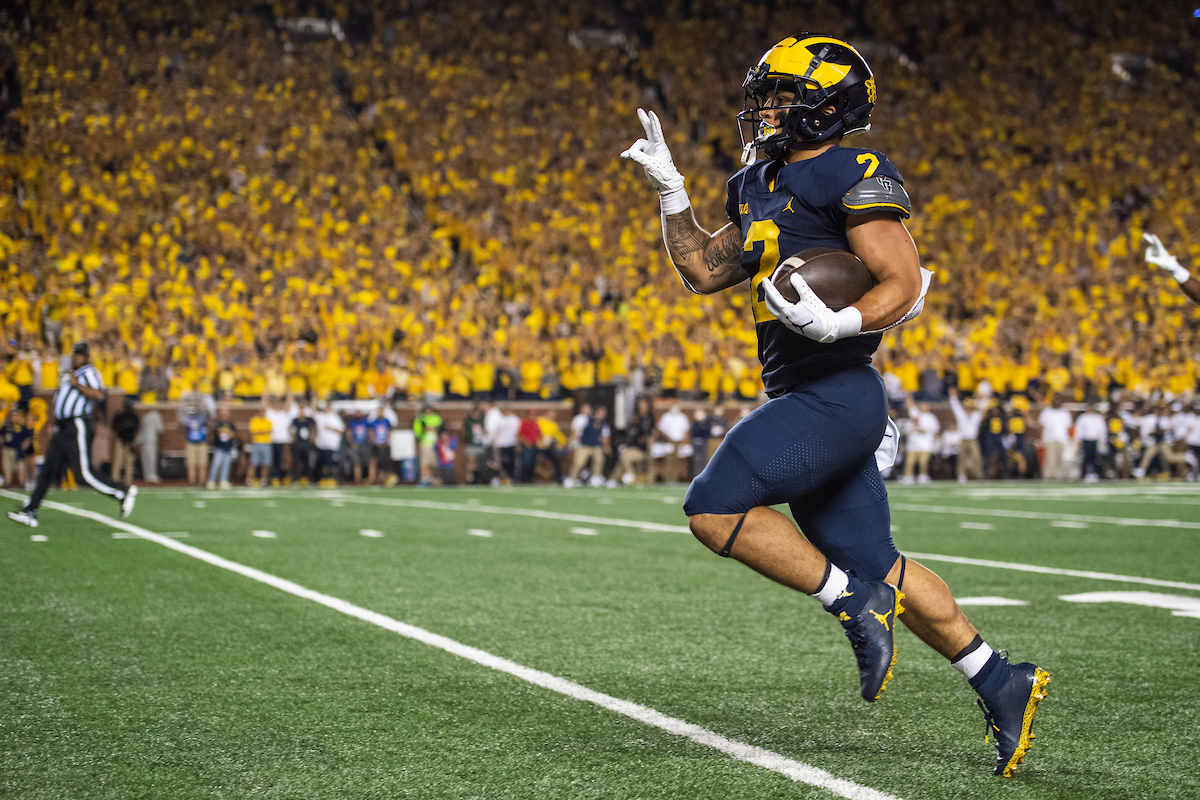 Ohio State’s home loss to No. 12 Oregon was not the only major ranked game going on in the Big Ten this weekend.

No. 10 Iowa, coming off a dominant win over Indiana in its opener, had a major in-state battle with No. 9 Iowa State that played the host of College Gameday. And once again, the Hawkeyes prevailed in relatively dominant fashion, taking down the Cyclones 27-17.

Iowa also managed to do this with just 167 total yards of offense, with its defense again leading the way with four turnovers in a slugfest of a matchup.

Elsewhere, Michigan moved to 2-0 on the season with a 31-10 victory over Washington, who now falls to 0-2. The Wolverines won this one almost entirely on the ground, with Cade McNamara throwing for just 44 yards and the duo of Blake Corum (171 yards) and Hassan Haskins (155 yards) combining for more than 300 in the rushing attack.

A couple teams in the conference survived some scares, with Minnesota earning its first win of the season with a 31-26 victory over Miami (Ohio) and Rutgers holding off Syracuse with a 17-7 victory to move to 2-0.

But there was also a fair share of lopsided victories. Indiana got back on the right track with a 56-14 victory over Idaho, helped out by 118 rushing yards from Stephen Carr. Maryland bulldozed Howard with a 62-0 shutout win, as Taulia Tagovailoa starred once again with 274 yards and three touchdowns through the air.

Speaking of shutouts, Purdue took advantage of a UConn program in shambles and defeated the Huskies 49-0, while Penn State took care of Ball State with a scoreline of 44-13.

Two Big Ten West teams, Nebraska and Wisconsin, started out slow against their respective MAC opponents, but ended up winning big, with the Huskies defeating Buffalo 28-3, and the Badgers beating Eastern Michigan 34-7. Northwestern did the opposite, jumping out to an early lead before coasting to a 24-6 win against Indiana State.

Michigan State moved to 2-0 on the season with a commanding 42-14 victory over Youngstown State. Wide receiver Jaylen Reed was the star with four receptions for 181 yards and a pair of scores.

And finally, only one other team lost this weekend besides Ohio State. That would be Illinois, who got bludgeoned by Virginia 42-14. Cavaliers quarterback Brennan Armstrong completed 75 percent of his passes for 405 yards and five touchdowns.