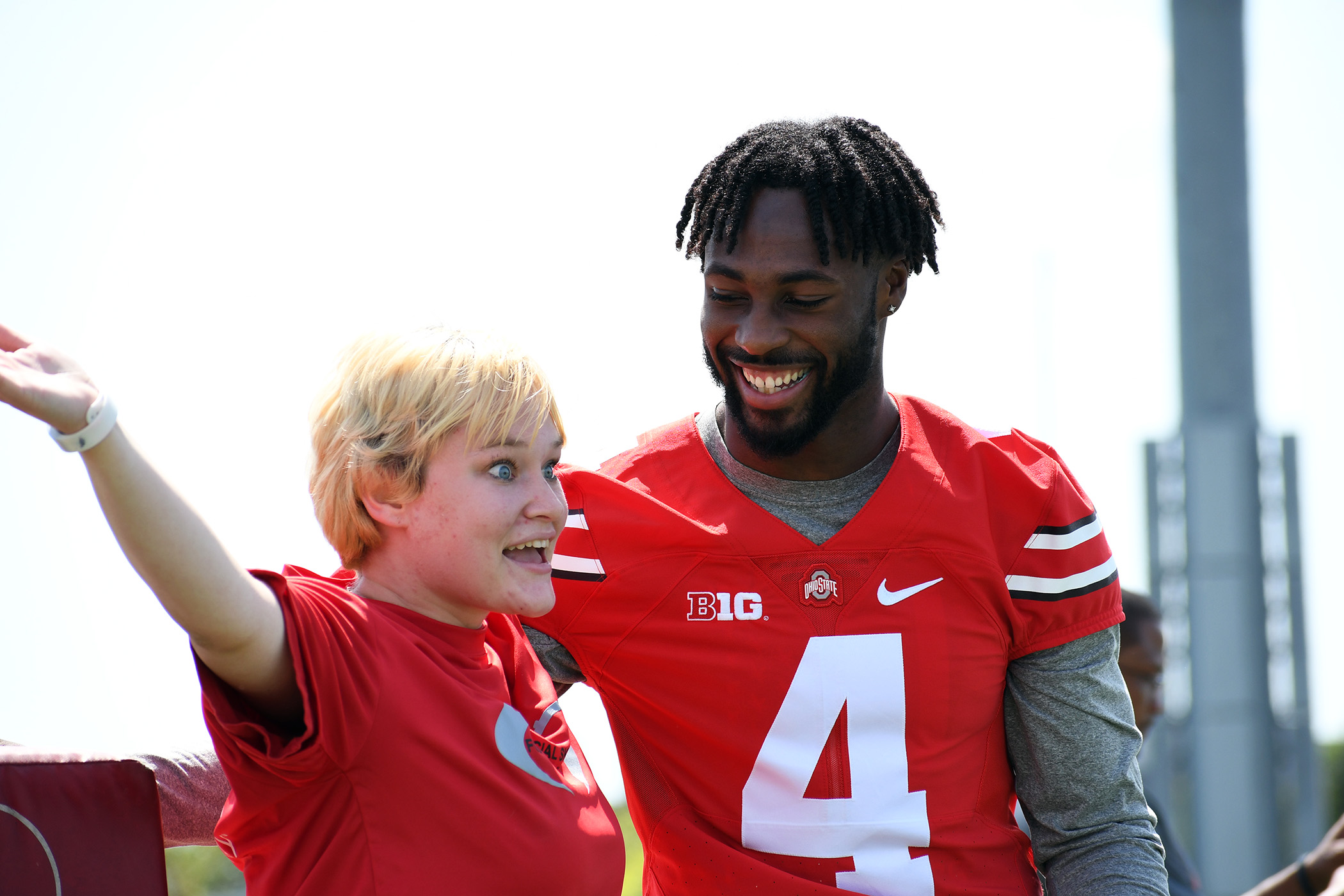 In the seventh year of the event, the Buckeyes once again worked with special needs athletes through a variety of football drills. Ohio State players and coaches helped lead the instruction, much to the enjoyment of the campers.

The Special Skills Football Invitational began with the blessing of former Ohio State football coach Urban Meyer seven years ago, and this year marked the fifth year at the Woody Hayes Athletic Center.

The invitational will continue with the support from first-year head coach Ryan Day, along with the Columbus-based Five Strong Foundation and the Ohio chapter of the NFL Alumni Association.

“This is my favorite day of the year. It’s even better than Christmas,” said Steve Weaver, director of the Special Skills Sports Camps. “I’m extremely happy Coach Day chose to continue this event because it means a lot to the athletes.

“This day changes the perception of our athletes. They come out and do all of the same drills that the football players do. They flip tires, tackle the blocking pads, run with parachutes. This is a tremendous day to get everyone together where there are no barriers of any kind.”

Every drill Ohio State did in its summer workouts was replicated by the campers, including cone drills, blocking sleds, tackling pads, speed tests and even a scrimmage.

Approximately 200 athletes from 15 area counties and 100 volunteers enjoyed the seventh annual invitational, with members of the Ohio State marching band on hand to welcome the group.

While it was evident the players and coaches had an effect on the young athletes, the inverse proved to be true as well.

“You absolutely cannot beat this camp,” Ruckert said. “Everyone out here has such a big heart. It’s been a long summer. Coach Marotti has us running and doing lots of drills every day so this was a good way to end it, keep our spirits up and get ready for camp. It was just great to get your mind off football for a little bit.”