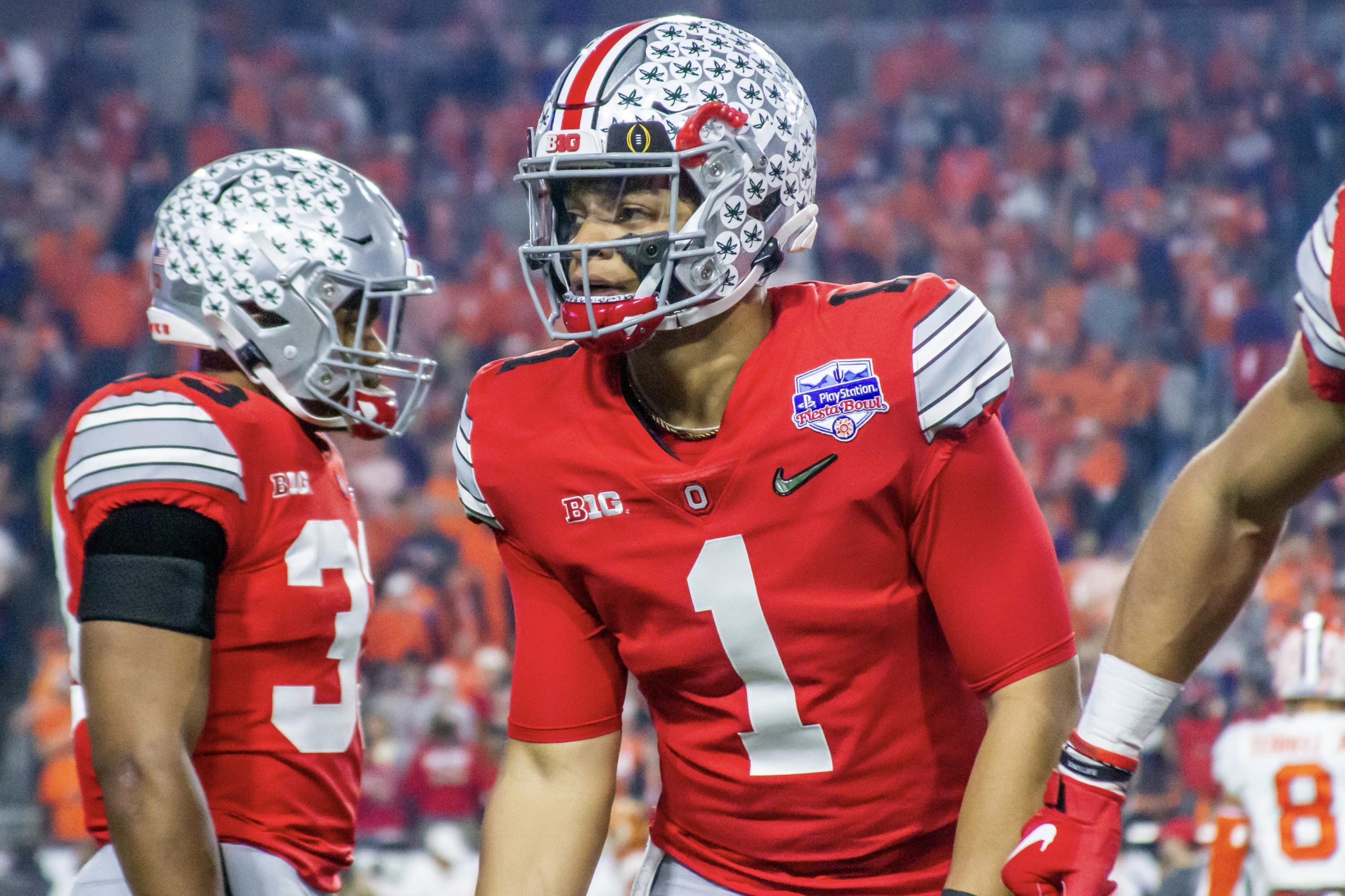 When Ohio State head coach Ryan Day took the podium for the first time since the Fiesta Bowl, he was asked about the health of quarterback Justin Fields.

“If his knee (injury) is still there as we start into the running phase of things then we’ll be smart about it,” Day said. “But we’re hoping by the time we get to that point he’s rehabbed and he’s 100 percent.”

Fields finished his first year as a starter as a Heisman finalist, completing 67.2 percent of his passes for 3,273 yards and 41 touchdowns to just three interceptions.

Day was asked in which areas the rising junior will have to take his game to the next level, and the Big Ten Coach of the Year said he would save specifics for the quarterback room, where Corey Dennis was promoted to quarterbacks coach.

“That’s for he, myself and Corey to talk about, just the things that we see and we’ll talk about that tomorrow and different areas,” Day said. ”I mean, leadership is going to be a big one, just as an intangible.

“But there are also things with his game that we really want to look at and work on this offseason, so that he can be more efficient throwing the ball.”

In addition to enjoying extreme success as a passer, Fields ran for 484 yards and 10 touchdowns as a sophomore. However, there is no doubt is mobility was challenged after suffering a knee injury against Penn State and re-injuring that knee against Michigan.

“Without getting into too many details, it wasn’t something that was catastrophic, but at the same time he wasn’t 100 percent,” Day said. “And there were times this year where he missed practice. And so the whole arsenal of stuff was not there.

“But I’ll tell you what, he’s tough, and he worked through it and he competed and he played hard. And it’s a tribute to how tough he is and his ability to work through things. Really leading into the Big Ten Championship game he really didn’t practice much at all, wasn’t able to do much.

“And just the way he played in that game, especially in the second half, once he got his legs underneath him. It was very similar to the J.T. Barrett a couple years ago. It’s very hard for a college quarterback to play at a high level without practicing.

“If you’re Aaron Rodgers and you’ve been doing it for X number of years, it’s OK. The timing and everything — it’s very hard. And the way he played says a lot about who he is as a competitor. He played tough.”

Fields not only played tough, but the first-year starter threw the ball well and made big plays in both the Big Ten Championship Game against Wisconsin and the College Football Playoff semifinal against Clemson. Day expressed how happy he is to have Fields in Columbus for another year of development.

“I’m watching the film, he played good against Clemson. He played good,” Day said of Fields. “He made some really good throws. Some throws we just missed. And he competed, and really proud of the way he came along this year.

“From game one all the way to the last game he really improved. It’s exciting that we’re going to have him back. That’s what’s so exciting. I feel like over the last eight years, I haven’t had a quarterback that’s started and then come back and had another year with them. This is the first time I’ve had it, since I can remember. So that’s exciting.”