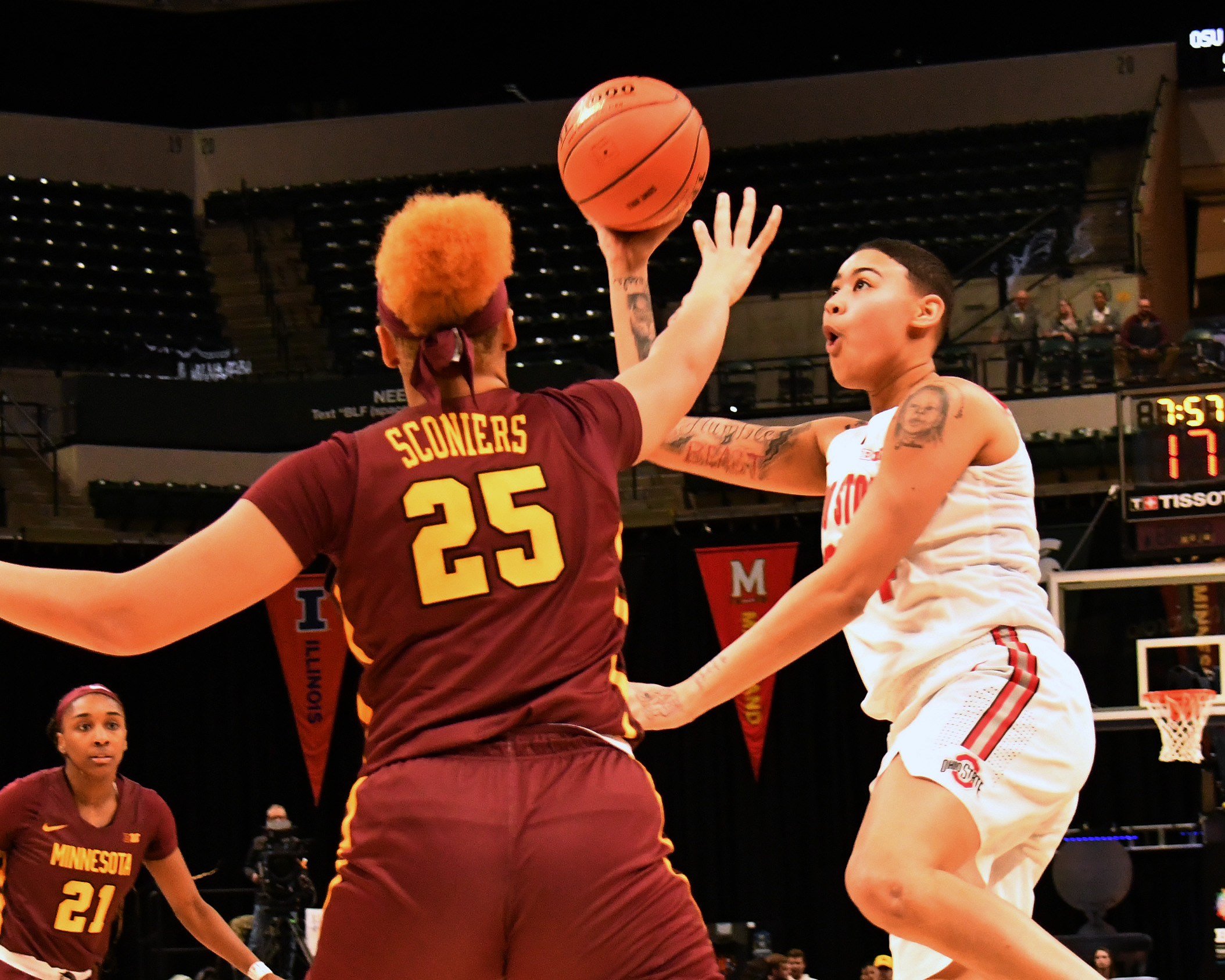 Ohio State lost a major piece for the future on Wednesday when guard Kierstan Bell announced she would be leaving the Buckeyes through the transfer portal.

Bell was the highest-rated commit in her class for Ohio State, and was the highest-scoring freshman on the team and the only player to be recognized by the All-Big Ten teams besides sophomore forward Dorka Juhasz.

Her departure for the team leaves a void, but head coach Kevin McGuff said he simply hopes the best for her in the future.

“She’s a good kid,” McGuff said. “I wish her nothing but the best and I hope she finds what she’s looking for in her next spot.”

With the sudden transfer, McGuff said he doesn’t have an exact answer as to why he believes Bell is transferring, but that, in general, the adjustment from high school to college can be a difficult one.

“All seasons are an adjustment for freshmen, but overall I thought she adjusted well and did a lot of really good things,” McGuff said. “I just think she’s trying to find a place where she can kind of be content and happy in all phases of her life on and off the court.”

Bell is the second departure from Ohio State’s 2019 recruiting class, the other being guard Kaelynn Satterfield, who is now at Xavier. The remaining members are a pair of five-star guards in Rikki Harris and Jacy Sheldon, four-star guard Madison Greene, three-star forward Aixa Wone and forward Rebeka Mikulasikova, who did not receive an ESPN recruit ranking.

The Buckeyes will also be welcoming in five-star point guard Kateri Poole and a pair of three-star commits out of Westerville South in forward Gabby Hutcherson and guard Anyssa Jones.

With that new talent coming in and a lot of talent still remaining — Ohio State has all of its production besides Bell and Satterfield returning — McGuff is still more than ready to move forward.

“We’ll certainly play a similar style and we’ve got good players,” McGuff said. “So just kind of keep it moving, wish her the best and keep it moving.”

There is also more of an opening to look toward the transfer portal. Ohio State is set to have 12 players for next season, allowing for a few players from across the country, much like the Buckeyes did with Braxtin Miller, who came from Oklahoma State this past season.

“We’ve had some people reach out to us who have some interest,” McGuff said. “We just have to figure out if there’s anybody that would be the right fit, potentially, but we haven’t gotten to that point yet.”

Ohio State has an extended offseason to work with due to the coronavirus cancelling the NCAA tournament, a place in which the Buckeyes would have likely been a top-eight seed. For better or for worse, McGuff and Ohio State have more time to figure it out, but the surprising loss to Bell is not the start to this offseason the program was looking for.