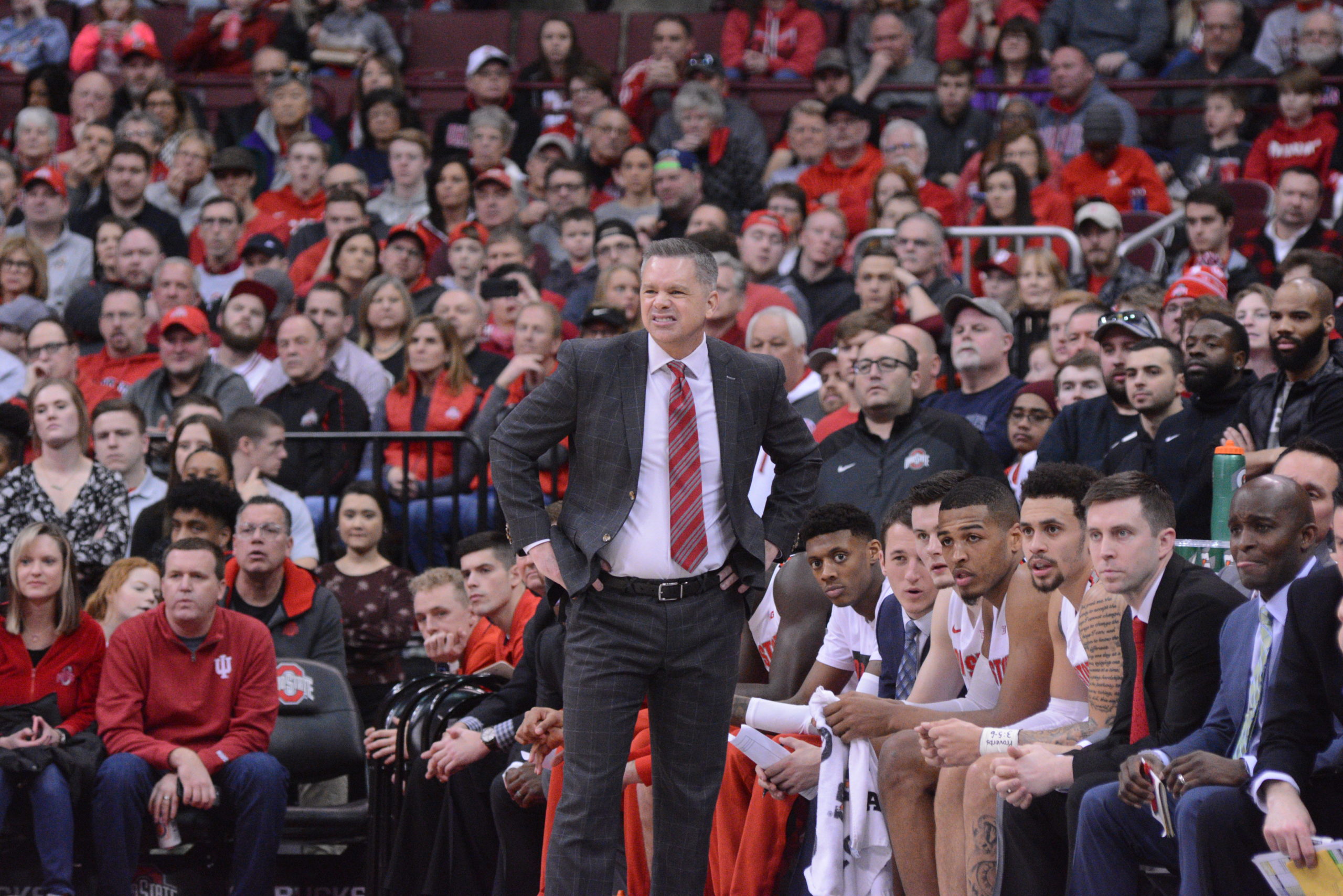 The Ohio State men’s basketball team won its first three games of the season as heavy favorites, but the Buckeyes will travel to South Bend, Ind., to take on an ACC opponent in Notre Dame on Dec. 8 at 7:30 p.m. on ESPN2.

Ohio State head coach Chris Holtmann spoke to members of the media via Zoom on Dec. 7 to discuss his team’s progress in preparation for the Irish. What follows is a bullet-point rundown paraphrasing what Holtmann said:

Does Notre Dame have an advantage since it already played a great team like Michigan State?

Anxious to see how your team responds on the road?

Did playing in the Covelli Center help prepare for you a road game?

What are you looking to learn against Notre Dame?

Advice to junior wing Justin Ahrens when he misses a few jumpers?

Most steady player on your team?

Who has taken the lead on in-season rescheduling?

Do you like to play a team like Notre Dame ahead of the tough Big Ten slate?

Was Alabama A&M in Columbus before cancellation?

Will you fly or bus?