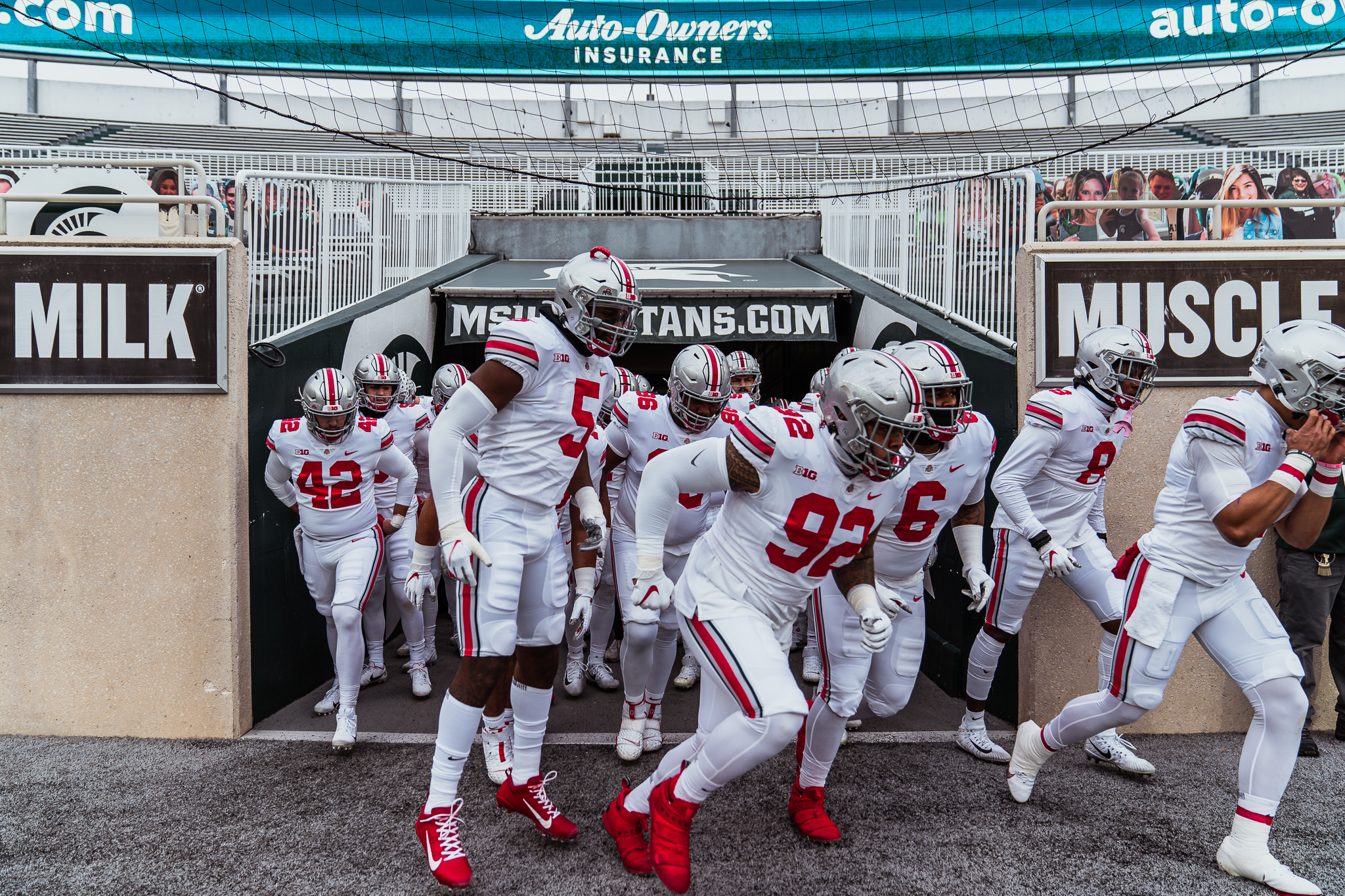 Ohio State’s defense put together its most complete performance of the season thus far against Michigan State on Saturday, holding the Spartans to just 10 offensive points and 261 yards of total offense, both season-best marks for the Silver Bullets.

It’s certainly worth noting that the Michigan State offense is wet trash that looked completely rudderless until backup quarterback Payton Thorne took over for Rocky Lombardi. However, Ohio State beating up on a bad opponent has not always been a given this season, and for the defense to do that while down two starters is still plenty noteworthy, and deserving of a deeper dive in this week’s film study.

Honestly, there’s a strange amount to be encouraged from after this game, even when factoring the caliber of opponent. Ohio State smothered the Spartans as it should, sure, but it did so in ways that seem repeatable and showed growth from the struggles of the early season.

First, this defensive line has reached its best form of the year. Unlike the standard Larry Johnson defensive line unit, this is a group defined by stellar interior play from Tommy Togiai and Haskell Garrett, rather than an elite pass rusher off the edge. Ohio State struggled early in the season to build out a defensive identity without that elite edge rusher, but seems to be finding success and confidence in that stout interior, which allows the Buckeye linebackers to focus more on outside runs and pass coverage.

Those linebackers collapse in to make the play here, but this run stuff is almost entirely thanks to Togiai. He fills the vacancy left by the pulling center almost immediately and manages to force his way through the guard looking to seal him off, clogging up that lane and making Dallas Gant’s job much easier.

That’s a legitimate building block for creating a true defensive identity. Destructive defensive tackles have been a key of some of the best SEC defenses for years, because as mentioned, it frees up linebackers to play more zone coverage and focus on the pass without constantly needing to run stuff. Ohio State could probably afford to lean even further into this and move full-time to a faster option at middle linebacker rather than the usual starter, but that may be asking too much.

Also encouraging, albeit in a different way, were some of the new faces on the defense. Gant filled in well for Borland when he needed to and Justin Hilliard was solid as always, but the real star of the game was probably redshirt freshman safety Ronnie Hickman, filling in for Proctor.

At a position of need, Hickman looked like a revelation. Ohio State used him in a lot of the same ways that it has used Proctor this season, as a roaming box safety, almost how it used Shaun Wade last season, but he seemed to fill the role as well as Proctor has this season. Here, Ohio State is running its usual Cover 3 with Hickman sliding into the underneath shell out of a high safety slot and making a tackle right before the line to gain.

He made a similarly strong play from that spot later in the game, tracking down Thorne on a third-down scamper and making a strong play to prevent the first down.

If this kind of play is sustainable for Hickman, that could be a pretty massive shift for the Buckeyes moving forward, especially when Proctor returns. Being able to move Hickman into that Proctor role would allow Proctor to take over for either Marcus Williamson in the slot or Marcus Hooker at safety, both of whom have struggled this season with eye discipline and frequently find themselves out of position. Freeing up Proctor to take on one of those roles with the addition of Hickman into the defense would likely make the Buckeye defense a whole lot better.

On top of that, it seems as though Kerry Coombs is starting to find a healthy balance between zone and man coverage with this group. The Buckeyes ran mostly Cover 3 against the Spartans and seemed to do pretty well with that look, only shifting to man occasionally. Throw in a blitz once a possession or so, and Ohio State’s play calling looked quite a bit more like it did last season under Jeff Hafley than it has at any other point so far this season. The top-end talent isn’t there to recreate what that group did, but after what Ohio State did against Michigan State, there are growth points and new faces to be encouraged about entering the final week of the regular season and heading into the crucial postseason stretch, with a potential playoff berth now looking all but locked up.