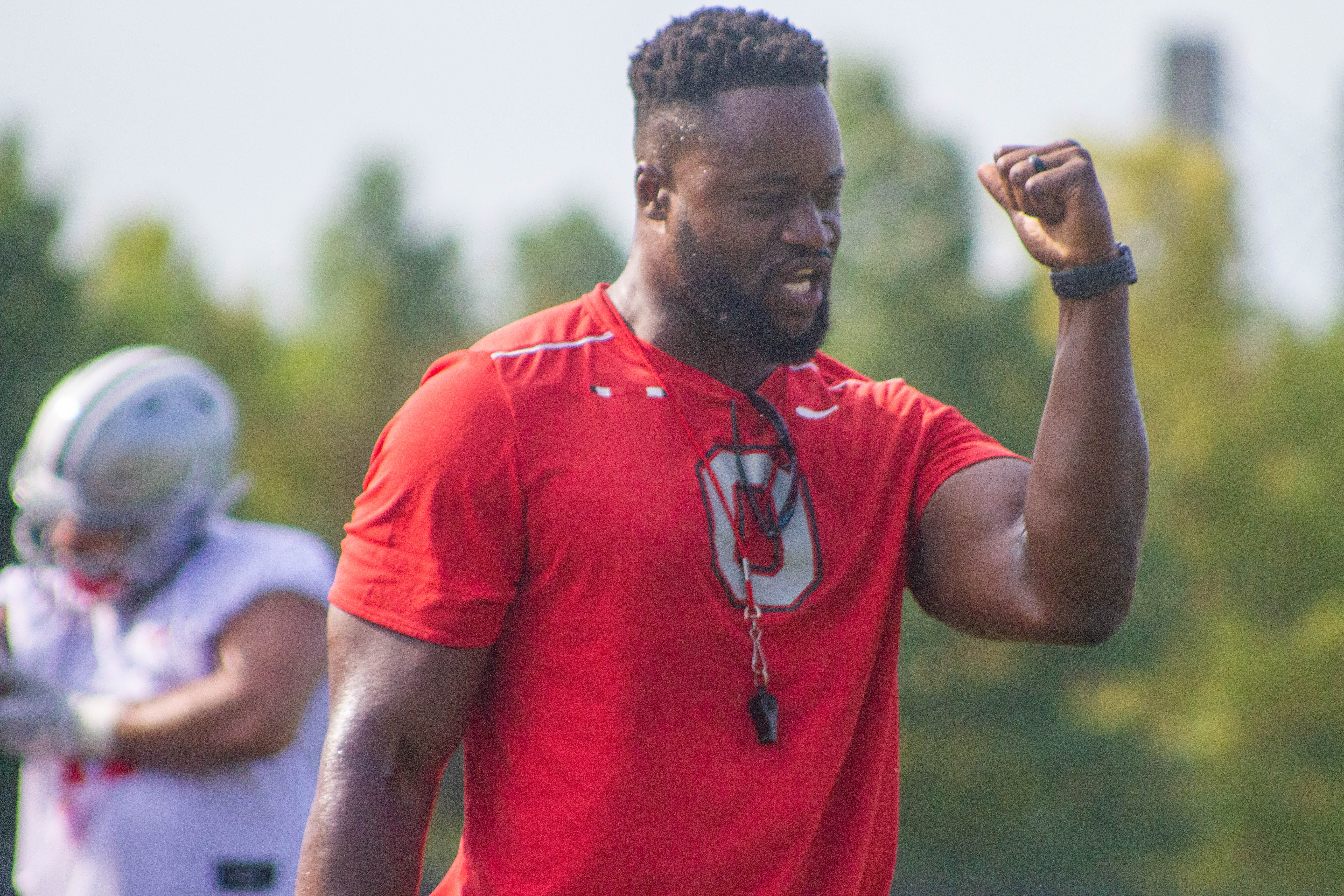 Our new DL Coach comes to the Bronx after working with the same position at The Ohio State University! He also is the proud owner of a Super Bowl ring from his playing days!

A former three-star defensive end from nearby Lewis Center (Ohio) Olentangy Orange, Anunike played collegiately at Duke (2009-13) and left as the Blue Devils’ all-time leader in sacks (15.5). He then signed an undrafted free agent deal with the Denver Broncos, and spent two seasons with the team, which included a win in Super Bowl 50.

Anunike, who also spent one season on the New York Jets practice squad, joined the Buckeyes in 2017.

“This is probably one of the best decisions I could have ever made to come to Ohio State and to become literally Larry Johnson’s understudy,” Anunike told Cleveland.com in December. “That’s basically what my position is, and I’m blessed by the best. To be in a position to learn from arguably the greatest D-line coach to ever coach the game.”

With Johnson off recruiting during the summer months, Anunike was notably tasked with the continued development of the defensive linemen.

“I got these guys in the classroom, and I’m teaching them all the fundamentals,” Anunike said. “I am so appreciative that he trusts me to take on his guys, especially his young pups, and teach them the fundamentals that he’s instilled in me mixed with those from the NFL.”

Some believe Anunike to be a potentially successor to the 68-year-old Johnson whenever he retires, and Fordham — a Football Championship Subdivision school that finished 4-8 last season — gives him his first opportunity to be a full-time position coach in the meantime.