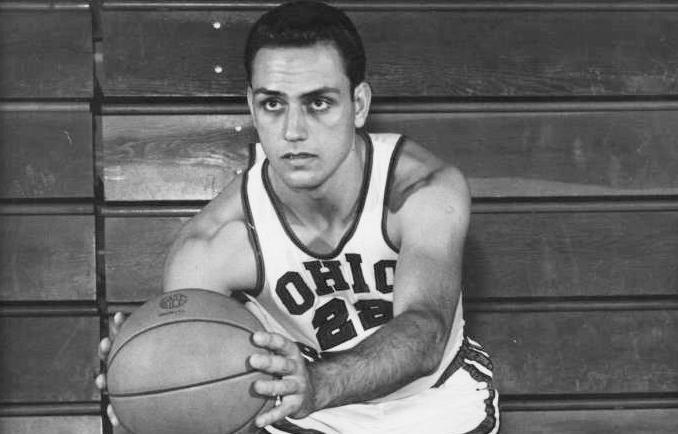 Ron Sepic, a former captain of the Ohio State men’s basketball team, died March 28 at age 75 after a battle with cancer.

Sepic passed away in Pennsylvania, the state where he grew up and blossomed into one of the nation’s top high-school athletes before taking his talents to Ohio State.

Though he could not play during his freshman season due to NCAA regulations, Sepic started three seasons for the Buckeyes from 1965-67. The former Uniontown, Pa., standout scored 1,107 points across three seasons, averaging 15.4 points per game.

Beyond his scoring output, Sepic was a menace on the glass, posting 19 double-doubles during his 72-game Buckeye career and averaging 7.5 boards per game through three years.

As a sophomore in 1964-65, Sepic averaged 15.1 points and a career-high 8.6 rebounds per game across 24 contests. He improved his scoring average to 15.5 points per game as a junior and led the team with a 77.2-percent mark from the free-throw line, to go with 6.1 boards per game.

In his final season for the Buckeyes, Sepic scored 15.5 points per game and grabbed 7.9 rebounds per game, while leading the team with an 82.7-percent free-throw percentage.

After graduating from Ohio State, Sepic was drafted to play both football and basketball, with Washington choosing him in the NFL and the Cincinnati Royals selecting him in the NBA.

He did not play football for the Buckeyes, but Sepic was a standout on the gridiron in high school, earning first-team All-Pennsylvania honors at Uniontown. As a talented, multi-sport athlete in high school, Sepic was recruited to play both sports before choosing Ohio State over West Virginia and Duke.

Sepic was induced into the Pennsylvania Sports Hall of Fame in October of 2019. His résumé may seem like it made him a no-brainer inductee, but Sepic was shocked and humbled by the honor, nonetheless.

“My initial reaction was I can’t believe it,” Sepic told the Herald-Standard of his induction. “It’s a great honor because of so many athletes in the past that Pennsylvania has produced. To be selected to go into that Hall of Fame is a great honor.”

Sepic was so elite as a high-school athlete that he was named a high school All-American as a senior at Uniontown. He appeared on the Ed Sullivan Show as a member of the five-player All-American squad, which included sophomore Lew Alcindor, who would later change his name to Kareem Abdul-Jabbar and become the NBA’s all-time leading scorer.

Sepic passed on both the NFL and the NBA, electing to enroll in Ohio State’s College of Dental Medicine, which he graduated from in 1971. He then went on to earn a post-graduate degree in orthodontics from the University of Pittsburgh School of Dental Medicine.

Following all of his post-graduate schooling, Sepic opened his practice in his hometown of Uniontown and Pittsburgh in 1974, where he worked until his 2018 retirement.

Sepic could have played football for Ohio State, but he preferred to have the ball in his hands. While that was guaranteed in the gym, a certain legendary coach was not particularly known for passing the ball to tight ends while Sepic sat on his decision in 1962.

“I was torn between playing football or basketball, but Woody Hayes only threw the ball about three times a game, and I was a tight end, so I knew I was going to be a blocking end,” said Sepic in a Memory Lane story.

“I wanted to have my hands on that leather and I chose basketball.”

When Sepic was inducted into the Pennsylvania Sports Hall of Fame, the well-rounded former Ohio State captain gave perspective into his battle with cancer that showed just how spirited of a competitor he was at his core.

“You really do savor the honor,” Sepic said. “The one thing besides my faith in God and the fact that I know he’s in charge and I put my faith and trust in our lord.

“Coming through the years of athletics and competition there was a book written by Glenn Cunningham the great runner. He was burnt in a schoolhouse fire and they said he would never walk. He eventually walked and then he ran and obviously he was a great miler. In his book he writes about never quit and I read that book as a kid.

“That’s something I’ve maintained all my life — never quit no matter what the odds are against you. Keep fighting and that was something I applied in athletics and that’s how I am approaching this cancer. Never quit, don’t stop.”