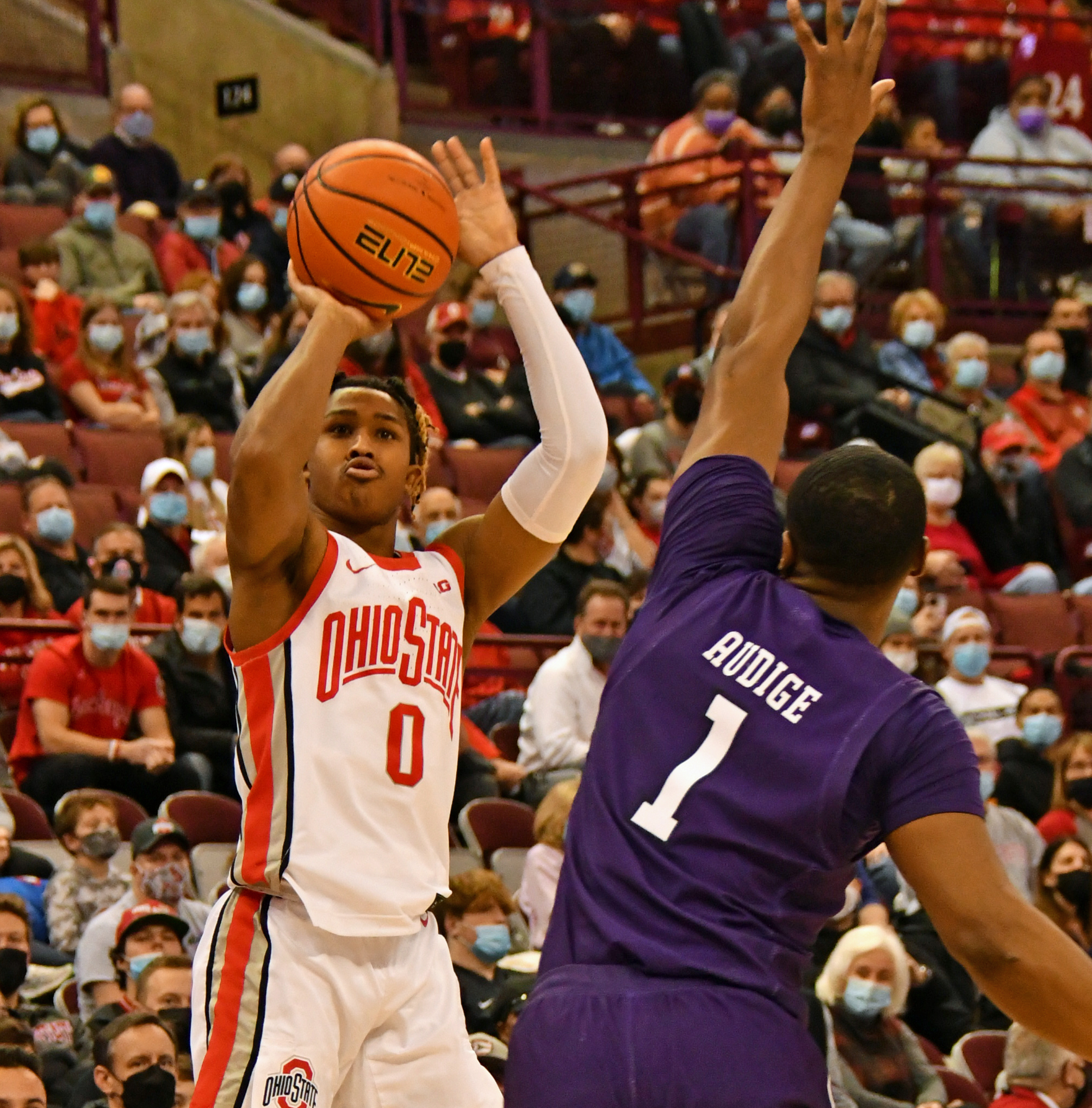 Ohio State guard Meechie Johnson Jr. has entered his name into the transfer portal after two seasons in Columbus. He announced his decision on Twitter on April 12, roughly a month after Ohio State’s 2021-22 season came to a close in the round of 32 against Villanova.

“Since I was a kid, I’ve always dreamed of playing at The Ohio State University, and I will always be able to say that God gave me what my heart desired,” Johnson shared.

“First, I would like to thank God for all of the opportunities he’s allowed me to have and also my friends and family who have been there for me throughout this long journey.

“Second, I want to thank the entire coaching staff, strength coaches, trainers, alumni, and professors for contributing to me having a wonderful experience while attending Ohio State. With that being said, I will be entering the transfer portal.”

Johnson’s time at Ohio State will come to an end less than two years after it began. Formerly a member of the class of 2021, Johnson reclassified to 2020 on Nov. 8, 2020, and announced his intention to enroll in school and join the Buckeyes a season early. He suited up for the Buckeyes for the first time on Jan. 9, 2021, playing four minutes against Rutgers, and contributed sparingly throughout the remainder of his abridged freshman season.

He was expected to step into a larger role in his first full season this past year, but found himself trailing freshman Malaki Branham and senior Jamari Wheeler at point guard and averaged only 17.7 minutes per game, contributing 4.4 points, 1.5 rebounds and 1.2 assists per contest across 26 games.

A starting role could have been in the cards this season with Wheeler graduating and Branham a likely NBA draft pick, but with class of 2022 four-star Bruce Thornton joining the team this summer, Wright State transfer Tanner Holden selecting the Buckeyes in the portal and several other transfer guards eying Columbus, he’ll instead try his luck elsewhere.

Johnson finishes his Ohio State career having scored 136 points 43 career games, starting five of them. His finest hour came in the 2021 Fort Myers Tip-Off. With only seconds remaining in a tie game between the Buckeyes and Seton Hall on Nov. 22, Johnson drilled a long 3-pointer to lift Ohio State to a 79-76 win, his eighth points of the game.

He had scored 13 points against Bowling Green and 14 against Xavier in the two games prior, and seemed to be turning a corner, averaging 8.0 points in 23.2 minutes per game in Ohio State’s first six matchups of the season, but injuries and shooting woes held him back from a breakthrough. He averaged just 16.1 minutes and 3.4 points per game in his final 20 appearances, capped by a 16-minute showing against Villanova in which he generated three points, two rebounds, an assist and was dinged for three fouls.