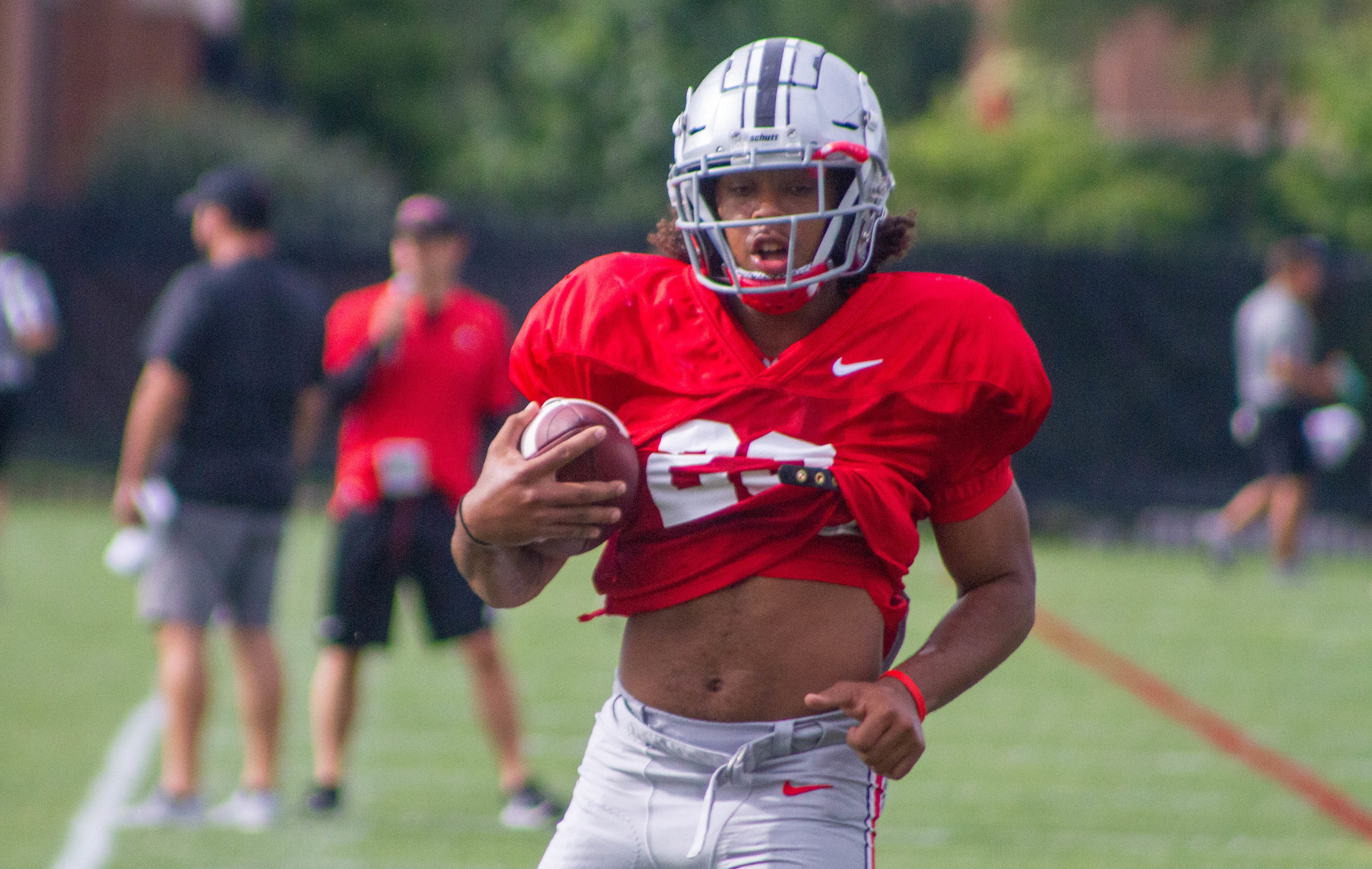 As fall training camp continues on, another pair of freshmen lose their black stripes. On Monday, running back Marcus Crowley and offensive lineman Ryan Jacoby became the fifth and sixth members of the 2019 class to lose the stripes.

Crowley, a four-star prospect out of Trinity Christian Academy in Jacksonville, Fla., is the first running back this year to have his black stripe removed.

Up front, Jacoby, who is also a four-star prospect and is from Mentor, Ohio, joins freshman Harry Miller, redshirt freshman Max Wray and redshirt senior Jonah Jackson, who transferred from Rutgers, as members of the offensive line to lose their black stripes.

Crowley and Jacoby follow up Miller and freshman wide receiver Jameson Williams, who lost their black stripes on Thursday.

Wide receiver Garrett Wilson and defensive end Zach Harrison, who both lost their black stripes in the Spring, are the other two freshmen to have lost stripes this offseason.