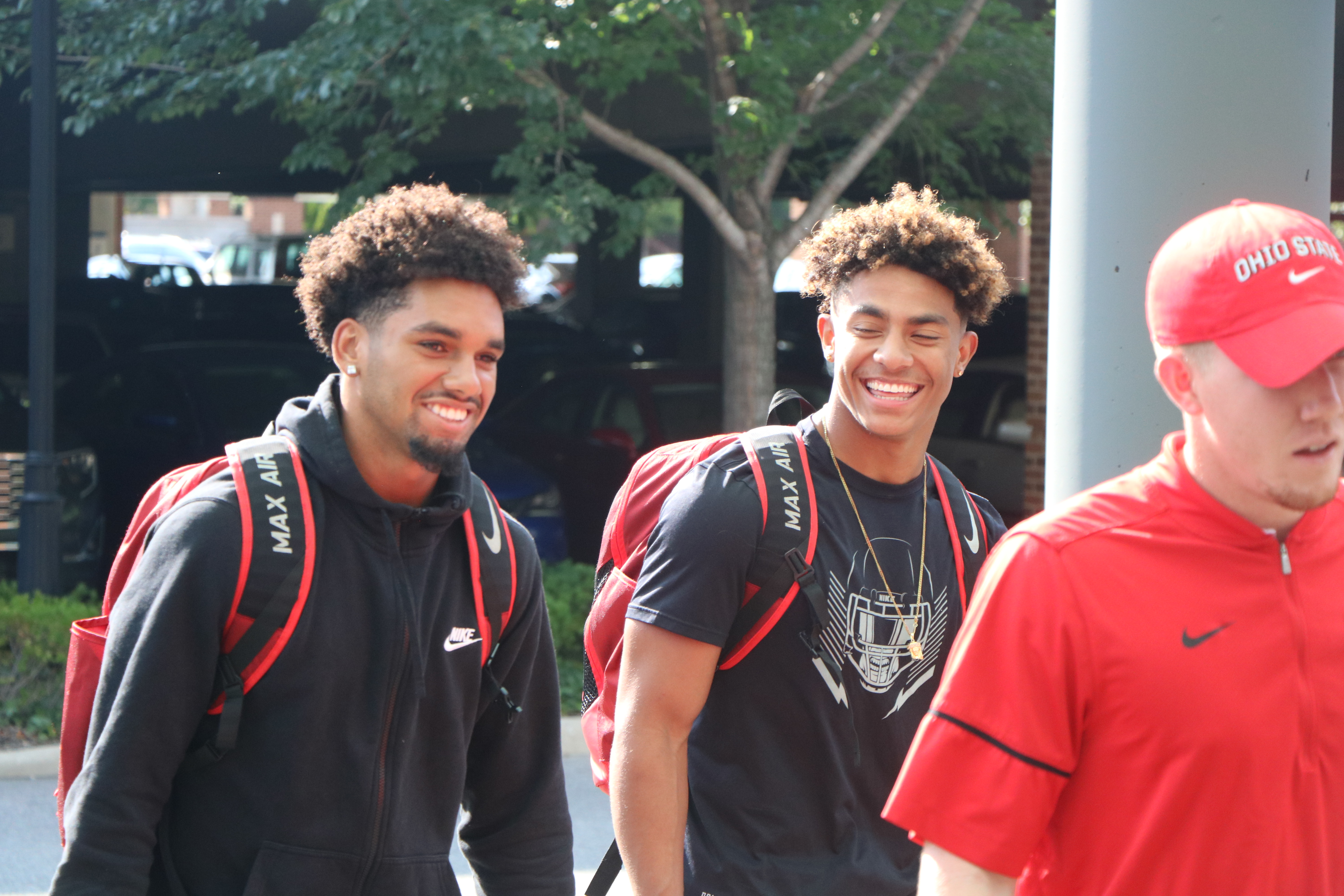 When Ohio State resumed fall camp Monday with its ninth practice, which evidently ended on the outdoor turf fields at the Woody Hayes Athletic Center after it was scheduled to start on the grass fields at Coffey Road Park, Chris Olave became the latest freshman to officially join the Buckeyes.

The 6-1, 175-pound wide receiver from San Marcos (Calif.) Mission Hills was recognized by OSU director of player development Ryan Stamper in front of the coaches and players. In a video released on Twitter by the team, Ohio State announced the removal of Olave’s black stripe.

“The entire team was telling me about this guy,” Stamper said of Olave. “Today is finally the day. He comes out here, busts his butt.”

“I appreciate all y’all,” Olave said. “Ever since I came out here, y’all been treating me like family. Appreciate my receiver unit, Coach Hartline, Coach Kee — especially C.J., J.D., Terry. Go Bucks.”

While he was among the last additions to OSU’s 2018 recruiting class — he committed Jan. 28 to Ohio State and inked his National Letter of Intent officially Feb. 7 on National Signing Day — Olave has clearly made an impact on the field since his arrival in June for summer enrollment.

Among the trio of three-star recruits with Pickerington (Ohio) North defensive end Alex Williams and New Castle, Pa., safety Josh Proctor, Olave gave the Buckeyes an under-the-radar addition to their group of signees — which finished second in the 247Sports composite team rankings. He was rated as the No. 399 overall prospect, No. 68 wide receiver and No. 47 player in California.

⬛️???? This guy has been killing it. Long overdue. @chrisolave_ get that black stripe off ‼️#WinTheMoment #GoBucks pic.twitter.com/dYXkuTifFj