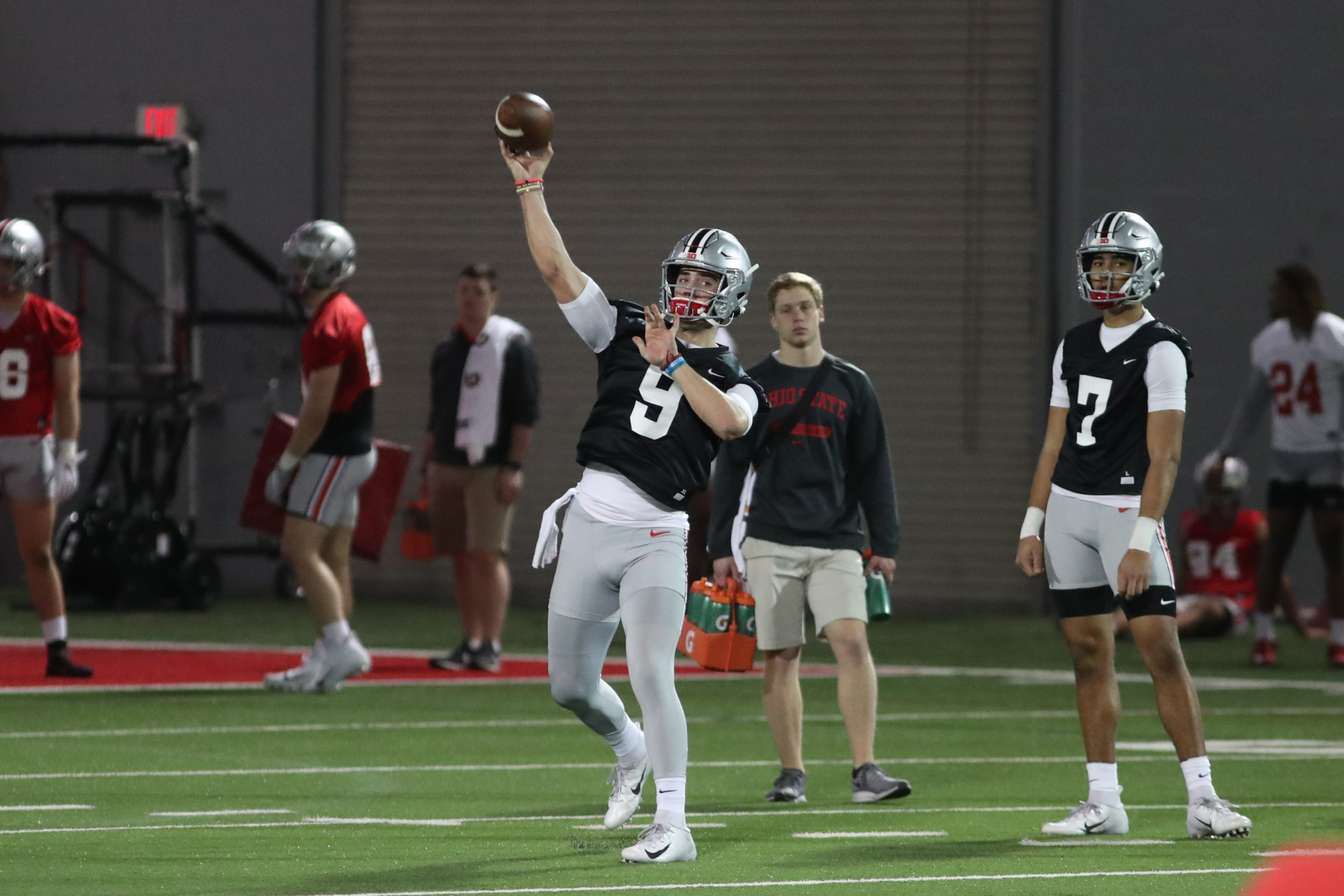 Stroud, a 6-3, 205-pounder from Rancho Cucamongo, Calif., came to Ohio State as the No. 42 overall player and No. 2 pro-style quarterback in the 2020 class, according to the 247Sports Composite rankings.

“First of all, all glory to God,” Stroud said in a speech to his teammates posted to Twitter. “I always appreciate everybody out here. Appreciate my unit. Thank you to the coaching staff. Thank you to Kayla (Ohio State’s nutrition director) for getting my weight up. Go Bucks!”

Miller, a 6-4, 210-pound product of Scottsdale (Az.) Chaparral High School arrived at Columbus as the No. 334 player nationally and No. 13 pro-style quarterback, coming off of an injury-plagued senior season.

Given that the two videos were posted within seconds of each other (Stroud was technically first, though), it seems as though Ohio State doesn’t want to give out any hints about which quarterback is leading in the battle to serve as Justin Fields’ backup that Stroud, Miller and senior Gunnar Hoak have been engaged in since the abbreviated spring camp started back in march. Hoak has never officially lost his black stripe, but he no longer appears to have it, meaning that he could have shed it without a formal announcement on Twitter.