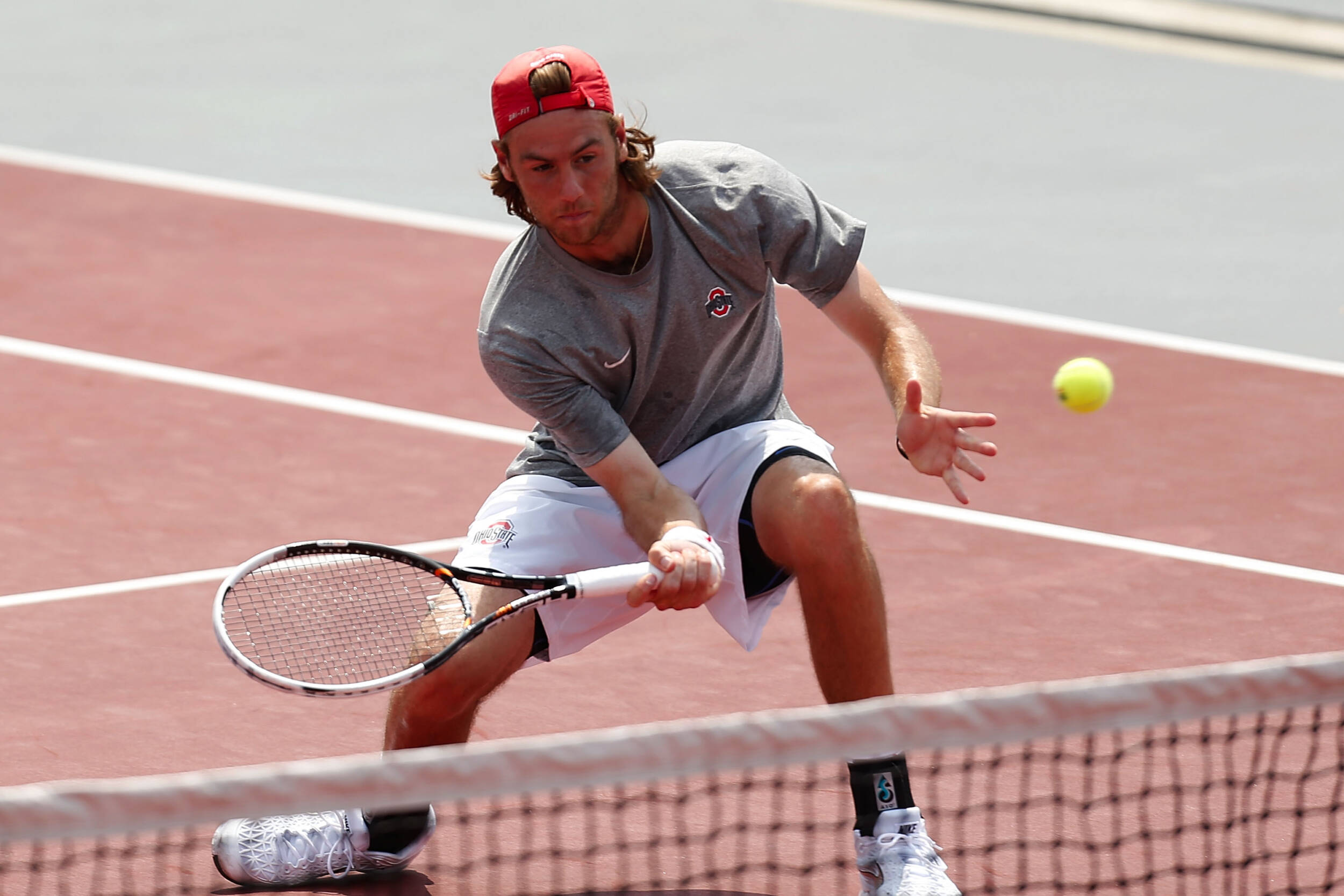 Callahan, who thrived as a Buckeye from 2011-15, is returning to Ohio State as a volunteer assistant coach following a three-year stint at Duquesne. Director of Ohio State tennis, Ty Tucker, announced the hiring.

“We are excited to have Hunter join the program as a volunteer assistant coach,” Tucker said. “He understands the importance of hard work in the classroom and on the court that comes with being a Buckeye. Having won a national title with us as a player in 2014, he will be a tremendous resource for our student-athletes. Coach [Justin] Kronauge and I look forward to the daily grind of college tennis with an amazing young coach.”

During his playing career, Callahan was a two-time All-Big Ten honoree and combined for 143 wins [84 singles, 59 doubles] for the Buckeyes. The Lower Gwynedd, Pa., native helped lead Ohio State to an undefeated record in tournament play to win the 2014 ITA National Team Indoors title.

Callahan also earned a spot on the all-tournament team and was ranked No. 6 in the nation in singles. Also an excellent student, Callahan, was a two-time Academic All-Big Ten honoree and OSU Scholar-Athlete.

“I am extremely honored and excited to be back at the Ohio State University, but this time as a coach,” Callahan said. “I want to thank Ty Tucker and Justin Kronauge for believing in me and giving me a chance to be a part of this great program. Being able to coach alongside Ty and Justin and mentor the great student-athletes that we have at Ohio State is an amazing opportunity.”

Following from his 2015 graduation with a marketing degree, Callahan went on to play professionally for three years. He won two professional doubles titles and made the semifinals in a pair of singles tournaments.

After his playing career was over, Callahan joined the men’s tennis program at Duquesne as a volunteer assistant in 2018. He was quickly promoted to assistant coach for the women’s tennis team. Callahan earned another promotion in 2019, becoming the associate head coach for both the men’s and women’s teams.