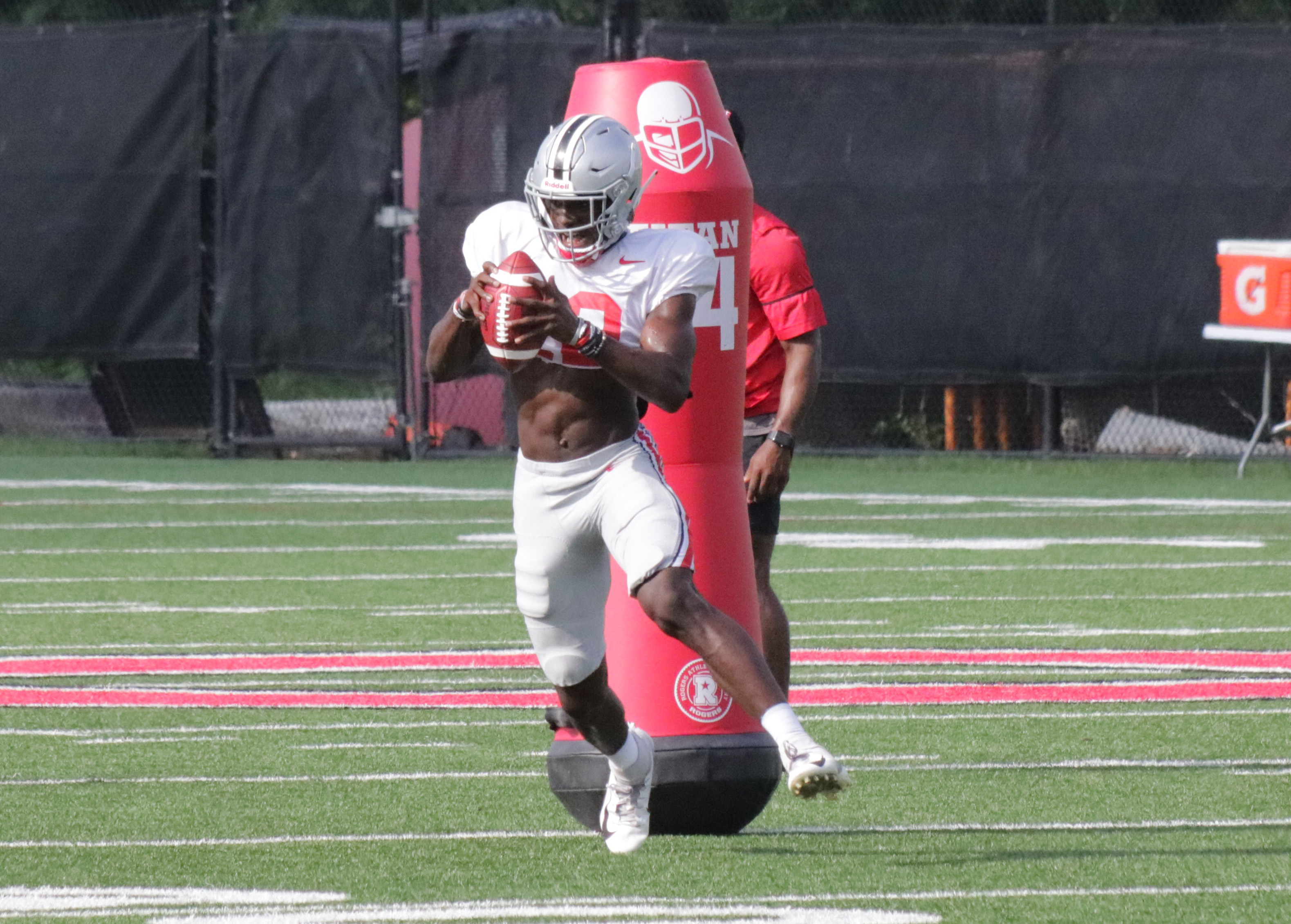 Ohio State completed fall camp Saturday with its 14th practice and second scrimmage, but the Buckeyes continued to prepare for the 2018 season Monday on the outdoor turf fields at the Woody Hayes Athletic Center.

After the practice, which was the first for Ohio State since its return to a regular schedule prior to the Buckeyes’ season opener Sept. 1 inside Ohio Stadium against Oregon State at noon on ABC, cornerback Tyreke Johnson became the 10th freshman to shed a black stripe.

“We got a stripe we got to get off,” Stamper said. “This man bust his butt doing “dream team.” From my hometown, Duval County, Tyreke Johnson.”

Johnson acknowledged defensive coordinator Greg Schiano and cornerbacks coach Taver Johnson, among others, when he went before his teammates and coaches. Redshirt freshman cornerback Shaun Wade, who played with Johnson at Jacksonville (Fla.) Trinity Christian Academy, did the honors for his former high school teammate and removed the black stripe.

“First, I want to thank my unit,” Johnson said. “Without them, this wouldn’t be possible. Thank Coach Schiano, Coach Johnson for giving me the opportunity and thank all y’all for pushing me. I would like to give a special shout out to the crib. Thank Rico for our talk we had in camp that kind of got my mind back the same. Go Bucks.”

Johnson committed Dec. 5 to Ohio State as a five-star recruit. Rated by the 247Sports composite as the No. 21 overall prospects and No. 5 player in Florida for the 2018 recruiting class, he inked his National Letter of Intent to the Buckeyes at the start of the early signing period on Dec. 20.

The 6-1, 193-pounder enrolled early in the spring with a purpose. Behind veterans such as returning starters Damon Arnette and Kendall Sheffield, Johnson soaked in every last bit of knowledge he could around the junior cornerbacks.

“Just be a sponge,” Johnson said. “We’ve got older guys like Damon Arnette and Kendall Sheffield, guys who have been out there and played. So just being a sponge from them, imitating everything they do.

“Whether it’s drills (or something else), I’m taking over 2,000 mental reps a day on everything they do. Whether it’s film or it’s just out here and we’re getting work on our own, I’m just taking mental reps and asking questions so they can teach me.”