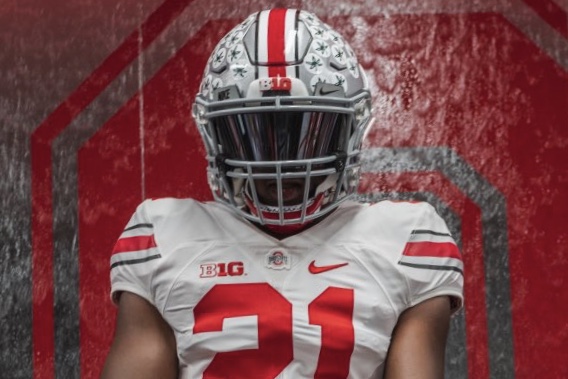 Ohio State four-star running back commit Evan Pryor announced on Friday he will finish his high school football career in the All-American Bowl.

The 5-10, 190-pound Pryor — who is considered the fifth-best running back and No. 83 prospect overall in the 2021 recruiting class — has rushed for 3,674 yards and 42 touchdowns in his three-year varsity career at Cornelius (N.C.) William Amos Hough. He committed to the Buckeyes on March 16, giving the program its first top-100 pledge at running back since Seffner (Fla.) Armwood four-star Brian Snead in 2018, though he was joined just 11 days later by Hopewell, Va., five-star TreVeyon Henderson.

Ohio State is typically well-represented at the All-American Bowl, and next year’s game should be no different. The Buckeyes, who currently sit at No. 1 in the 247Sports composite team rankings with 17 pledges, already have four players committed to play in the annual high school showcase, including Pryor; Philadelphia St. Joseph’s Prep five-star quarterback Kyle McCord; Bellaire (Texas) Episcopal four-star offensive guard Donovan Jackson; and Ironton, Ohio, four-star linebacker Reid Carrico.

The 2021 All-American Bowl is scheduled to take place at the Alamodome in San Antonio, Texas, on Jan. 9. It will be broadcast live on NBC.