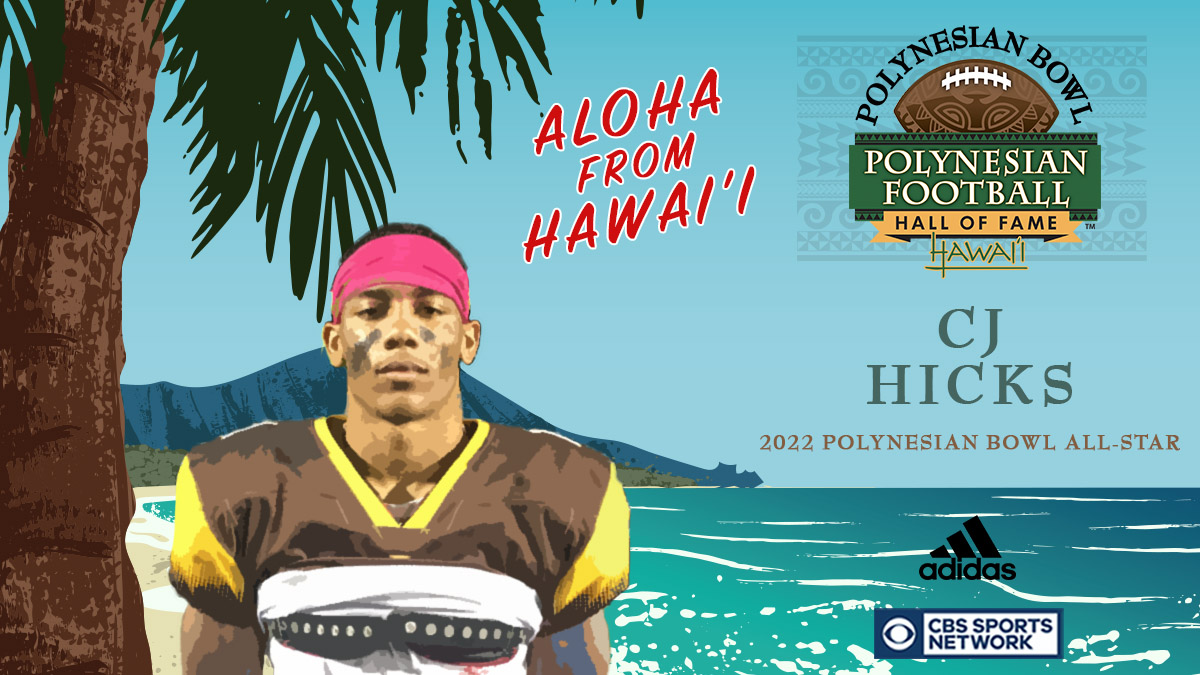 Kettering (Ohio) Archbishop Alter four-star linebacker C.J. Hicks announced on Feb. 24 he has accepted an invitation to play the Polynesian Bowl, which will be held in Honolulu, Hawaii, in January 2022.

The 6-4, 218-pound Hicks, who is considered the third-best outside linebacker and No. 41 prospect overall in the class of 2022, committed to Ohio State last May. He’s taken on a leadership role in his recruiting class and has even earned the nickname “Captain Buckeye” as a result of his efforts.

Hicks is also set to play in the Under Armour All-America Game at Camping World Stadium in Orlando, Fla., just a few weeks prior.

The Polynesian Bowl, meanwhile, has quickly become one of the nation’s premier high school all-star games since its inception in 2017. After all, it includes an all-expenses paid trip to Hawaii and the chance to compete against some of the nation’s best players. It also gives prospects from all corners of the country the opportunity to learn about Polynesian culture.

The 2021 Polynesian Bowl was canceled due to the coronavirus pandemic, though Ohio State five-star wide receiver signee Emeka Egbuka had planned to play in the game. Sammamish (Wash.) Eastside Catholic five-star defensive end J.T. Tuimoloau, the Buckeyes’ lone remaining target for the class of 2021, was also selected as an ambassador for the game due to his Samoan ancestry.