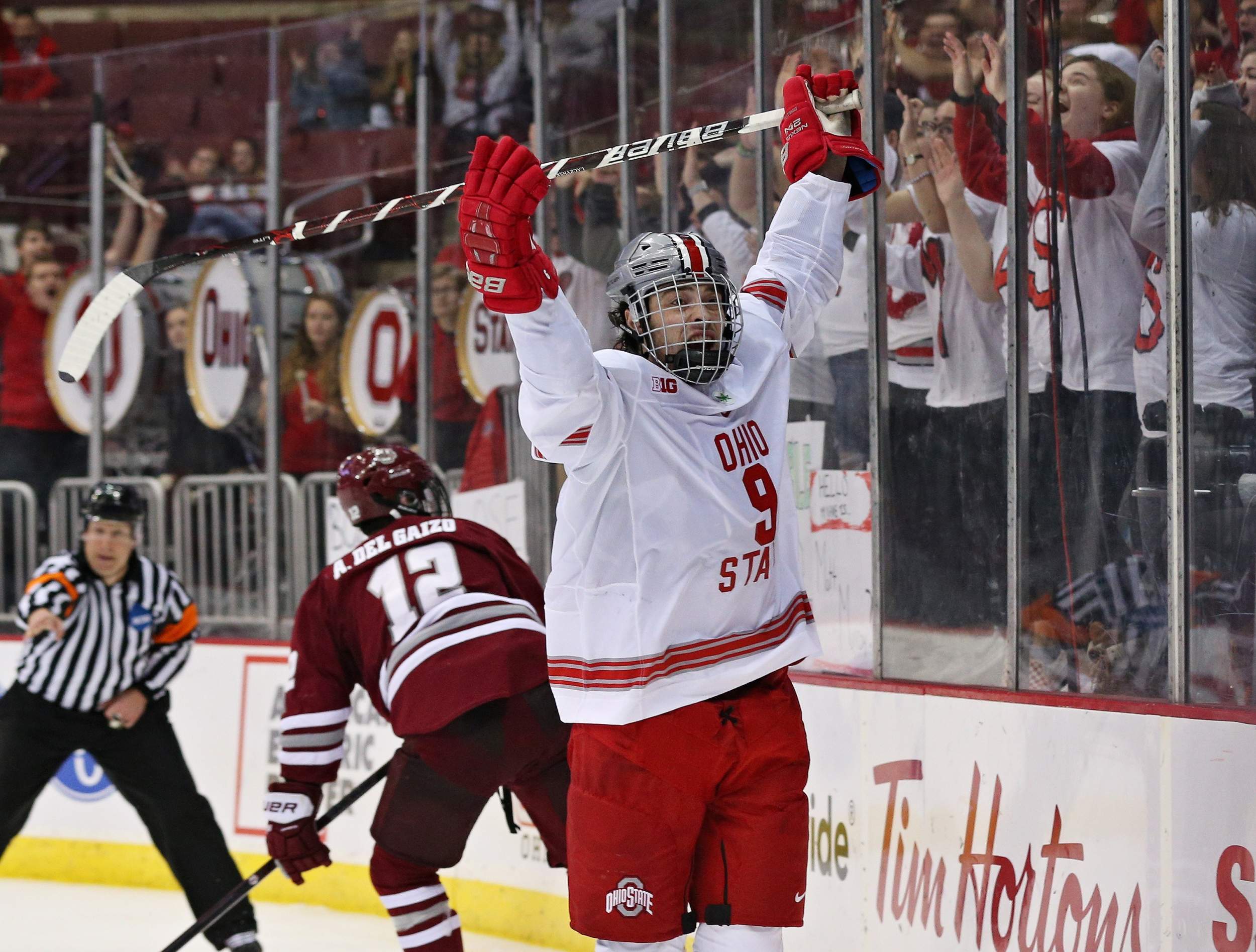 Ohio State senior forward Tanner Laczynski may not have gotten the ending to his collegiate career he wanted due to the cancellation of the men’s hockey NCAA tournament from fears of spreading the coronavirus, but he did find his way into an NHL contract.

Laczynski, who was drafted by the Philadelphia Flyers in the sixth round (No. 169 overall) in 2016, has signed with the Flyers on an entry-level deal.

The contract is a two-year deal, a year less than the typical three that goes with entry-level contracts due to Laczynski already being 22 years old.

“Tanner has completed an excellent college career at Ohio State University and we are very excited to have him under contract,” Flyers vice president and assistant general manager Brent Flahr said in a press release. “He plays a mature two-way game, he’s a proven leader, and we see him as a versatile forward for the Flyers organization going forward.”

In his four years with the Buckeyes, Laczynski consistently found his way on the score sheet, finishing with 48 goals and 95 assists in 138 career games, good for an average of over a point per game (1.04).

With Ohio State set to again earn a spot in the NCAA tournament after sweeping Wisconsin in the first round of the Big Ten tournament, Laczynski would have been a part of the first senior class in program history to make four consecutive NCAA tournaments.

“We are excited for Tanner and proud of all he has accomplished,” Ohio State head coach Steve Rohlik said. “He made the decision to return to school for his senior year and was an integral part of our team’s success. He will get the best of both worlds this spring, first signing a pro contract and then earning his college degree.”

His best season may have came in 2017-18, his sophomore season, when he led the Buckeyes with 48 points (17 goals, 30 assists) and was a First-Team All-Big Ten member on his way to helping Ohio State reach the Frozen Four for only the second time in the team’s history, the other time being in 1998.

Laczynski also led Ohio State in points during his final season with the team, finishing with 11 goals and 23 assists. The campaign marked his fourth straight season with over 10 goals, 20 assists and 30 points.