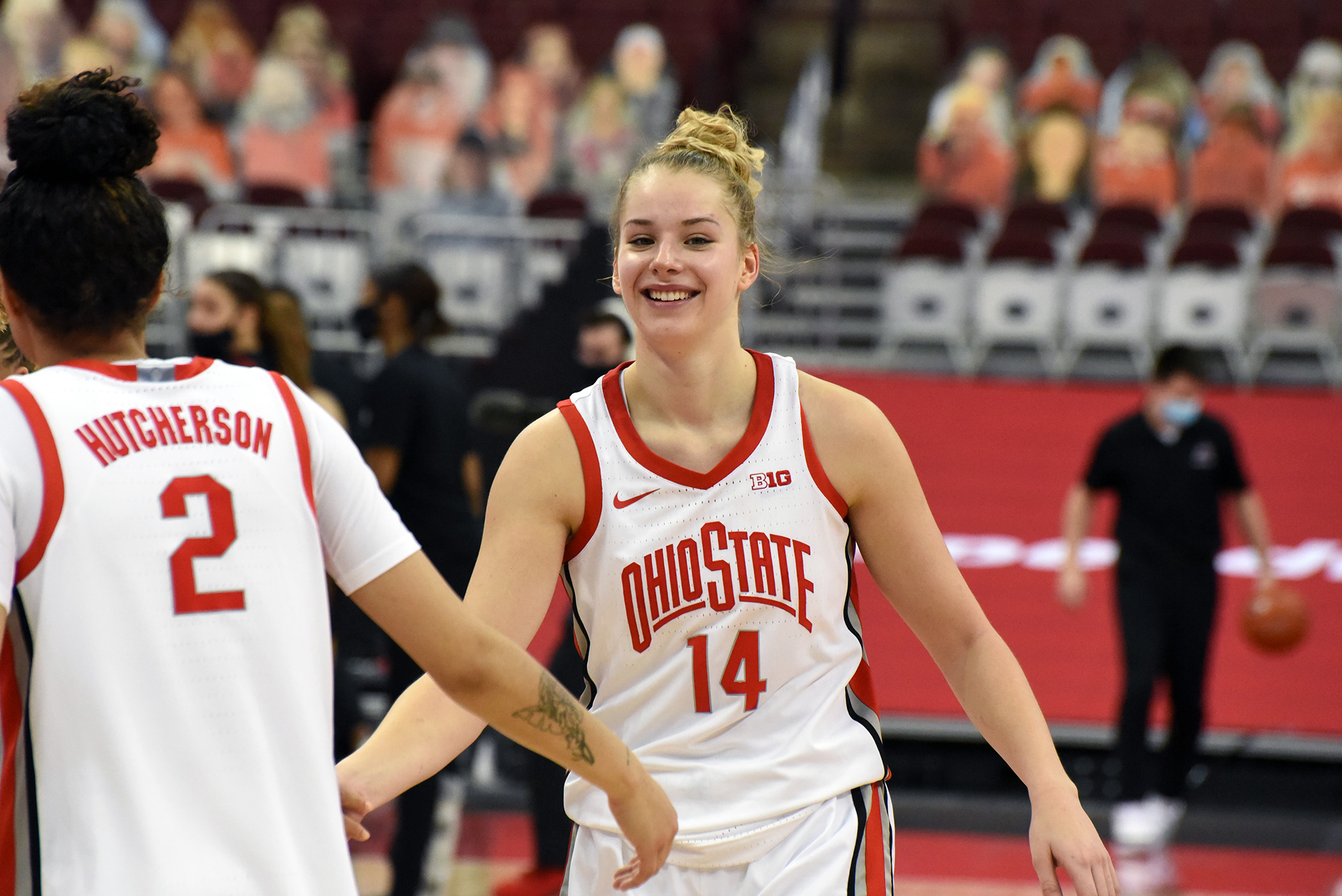 Ohio State junior forward Dorka Juhasz was named as one of 30 players on the Naismith Trophy midseason watchlist, an award that goes to the best player in college basketball.

This season, Juhasz is averaging a double-double with 15.3 points and 11.2 rebounds per game, and is shooting 47.6 percent from the field while leading the team with 13 blocked shots.

Her scoring is second on the team, while she leads the Buckeyes in rebounds by over four per contest. Juhasz’s rebounding total is also second in the Big Ten.

“I think that’s well deserved at this point in the season,” head coach Kevin McGuff said. “The big thing with her is she’s just continued to get better each year. She’s really developing into an extremely versatile player that can play around the basket and around the perimeter.”

The third-year forward out of Pecs, Hungary is one of six players from the Big Ten to make the list. The others are Iowa guard Caitlin Clark, Rutgers forward Arella Guirantes, Michigan forward Naz Hillmon, Maryland guard Ashley Owusu and Northwestern guard Lindsay Pulliam.