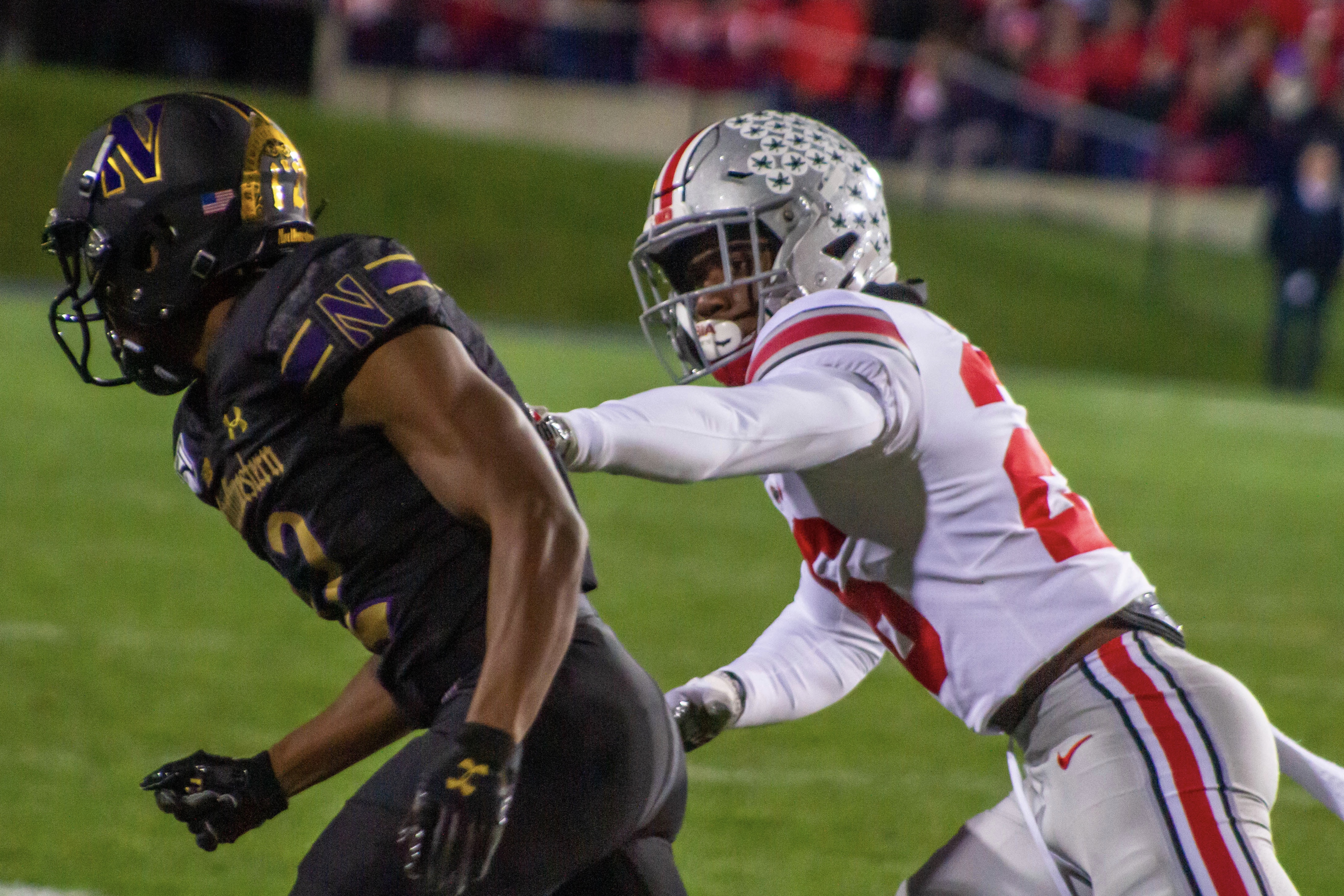 There aren’t many questions for who will start at cornerback for Ohio State this fall. The Buckeyes return both starters from last season in rising sophomore Denzel Burke and fifth-year senior Cameron Brown, which should instill confidence in the coaching staff.

Burke was CB1 as a true freshman and Brown settled in after overcoming his early-season injuries. Ohio State had depth at the position, but Ryan Watts and Lejond Cavazos transferred in the offseason, leaving the Buckeyes with six scholarship players on the roster.

Ohio State head coach Ryan Day and defensive coordinator Jim Knowles told the media that they’ve been impressed with Jordan Hancock and J.K. Johnson. While Hancock and Johnson might have fallen behind Burke as standouts in the class of 2021, the coaches assured Buckeye fans that the sophomores will make a significant impact for the Buckeyes this season.

After becoming a standout in spring practices and a consistent performer in fall camp, Burke started in all 13 games as a true freshman last season. The Scottsdale, Ariz., native, immediately took over as the Buckeyes’ No. 1 cornerback and offered his coaching staff a foundational piece to a pass defense that struggled in 2020.

Despite his youth, Burke displayed incredible discipline and maturity on the outside and frustrated opposing quarterbacks by eliminating their top targets from the action. Last season, Burke’s best game came against Purdue’s David Bell. The All-Big Ten wide receiver ended up with over 10 receptions and topped 100 yards receiving, but Burke’s stellar defense discouraged Bell from catching all his almost 20 targets in the contest.

Burke will return this season as Ohio State’s CB1. With all his first season success, it’s fair to assume that Burke will only improve as a sophomore. He will have his first opportunity on Sept. 3 against Notre Dame.

Brown plays with an edge — one Ohio State fans likely saw when the Buckeyes lost to Michigan in 2021. That mentality has brought Brown to where he is today. Although it might hurt more often than it helps, every team needs a player who can reveal their true emotion without fear.

The St. Louis, Mo., native, has missed significant time due to injury during his four-year Buckeye career. Despite his ailments, Brown has been a leader in the locker room and a trusted ally to the coaching staff. The Ohio State defense will need leaders on the field this fall, and Brown can fill that role with ease.

Ohio State’s coaching staff has been incredibly high on Hancock this spring. The players also knew of his skill after watching him perform in practice last season. Hancock took a step forward and established himself as a next man up should Burke or Brown need a break from the action.

With a full offseason of experience, Hancock should make the Buckeye cornerback situation feel more like a rotation and less like a two-man routine. He’ll need to be ready whenever Day and Knowles call on him. Until then, he’ll keep waiting patiently for his turn.

Take everything we wrote about Hancock and apply it to Johnson — the two players are growing with the same upward trend at the exact same time. Johnson appeared in one game last season before he fractured his shoulder, meaning he has less experience than his running mate. However, Johnson still seems capable of standing his ground against talented opponents and he invites the challenge whenever that comes. Look for him to start slow and develop into a more significant role later in 2022.