Ohio State Falls To No. 2 In College Football Playoff Rankings 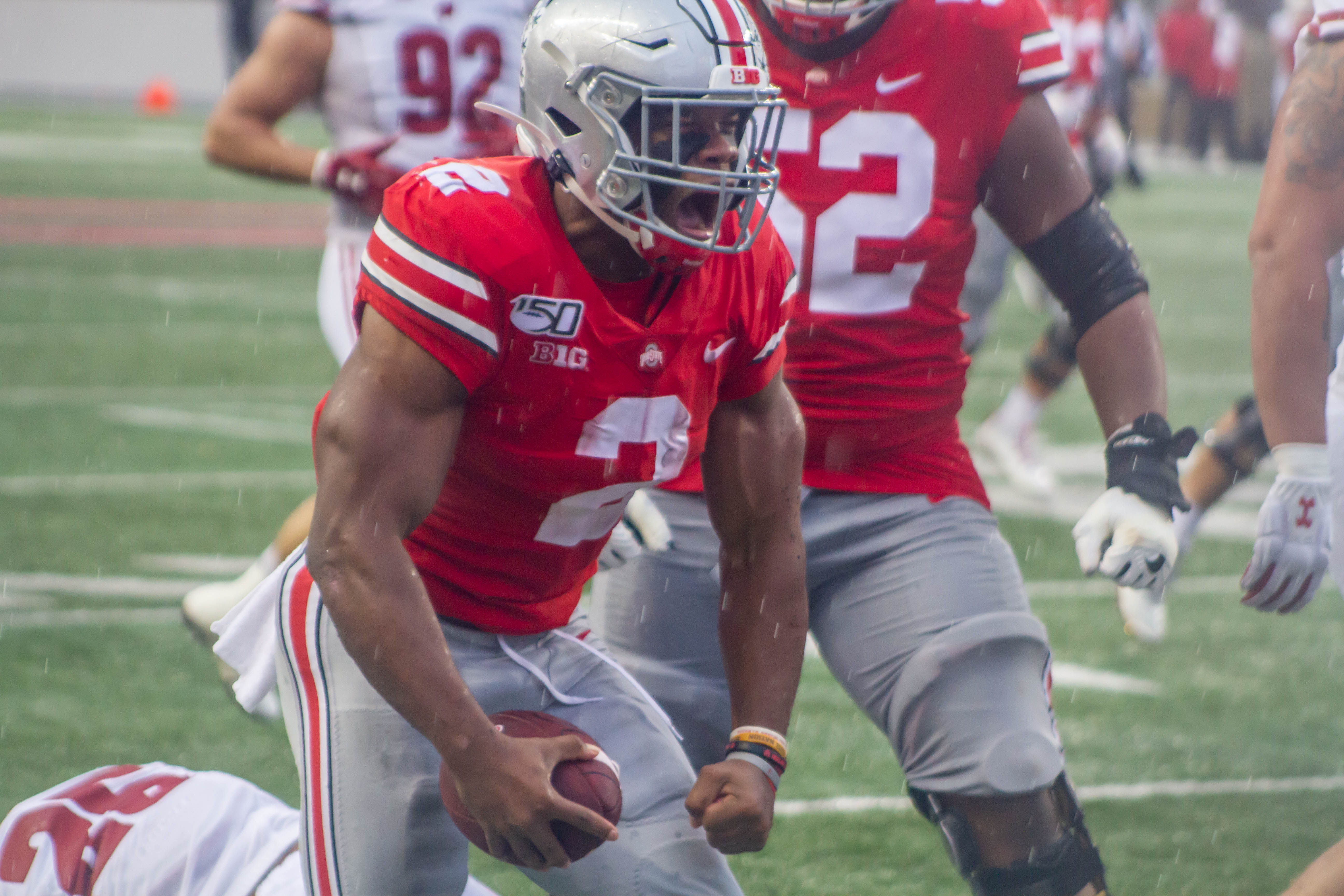 Even after a 59-point win against Maryland, Ohio State found itself dropping out of the No. 1 spot in the College Football Playoff rankings down to No. 2.

The drop comes not because of the Buckeyes’ performance, but due to LSU, whose 46-41 win over then-No. 3 Alabama moved the Tigers to the top spot.

Your top six this week.

The Crimson Tide dropped to No. 5 as a result of the defeat. Also dropping was Penn State, who fell from No. 4 to No. 9 after a 31-26 defeat to Minnesota. Georgia moved into the No. 4 spot in the playoff.

The Golden Gophers are now 9-0 and in the driver’s seat in the Big Ten West, and moved up nine spots to No. 8 after the victory.