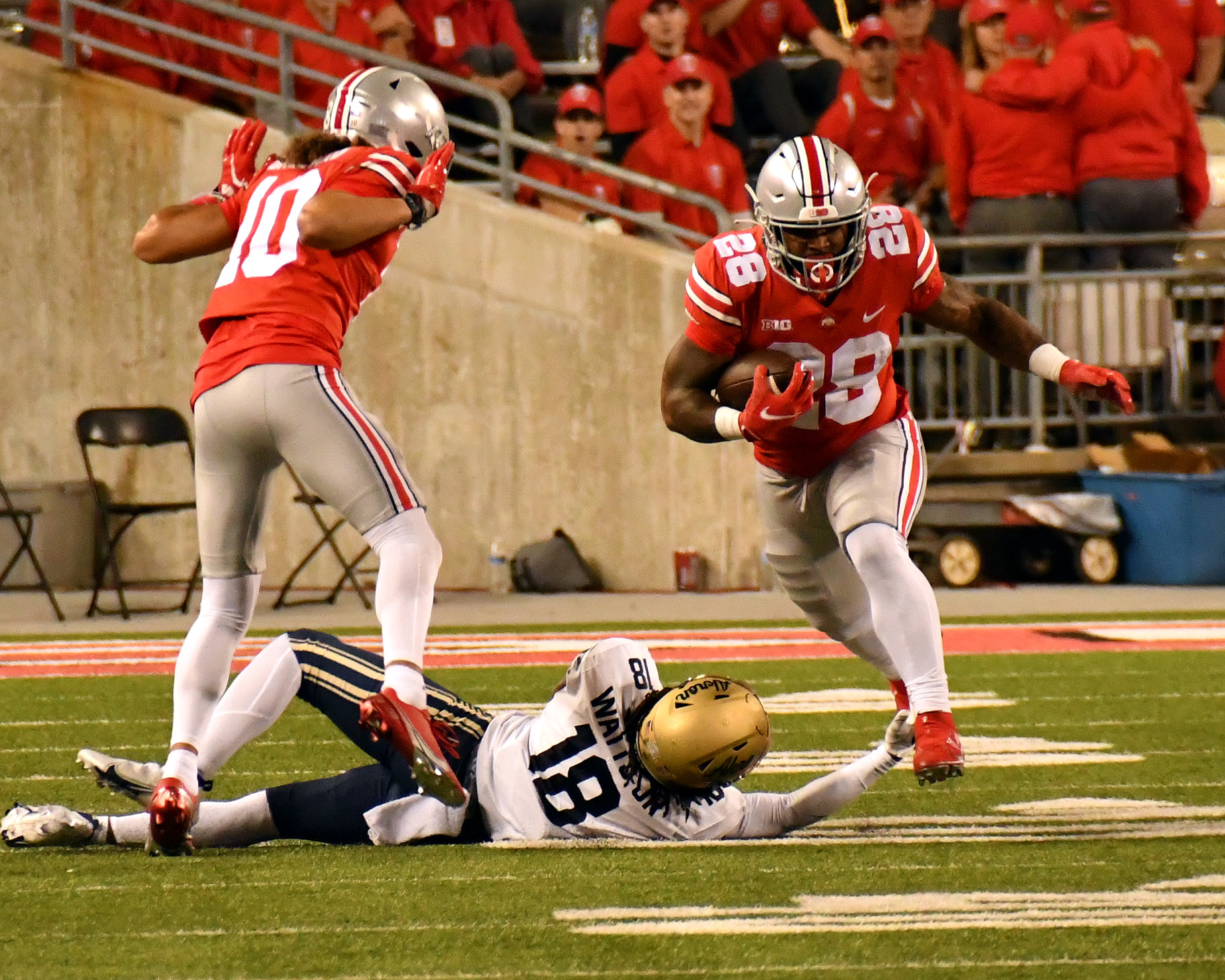 Ohio State has been without its game-one starting tailback in three of its last four games, but if head coach Ryan Day is any indication, that dry spell is about to come to an end. Redshirt freshman running back Miyan Williams, who was unavailable against Tulsa, Rutgers and Maryland with no announced reasoning, is set to return to practice this week and should be available for Ohio State against Indiana on Oct. 23, per Day.

In fact, the Buckeyes were expecting to have him against Maryland.

“We expected to have him back,” Day said. “I can’t get into specifics on it, but it was a couple of weeks he’s been out, and we plan to have him practicing this week.”

The Buckeyes have not elaborated at all on the cause of his absence, though reading between the lines from Day’s press conference, it seems as though the Cincinnati native has been dealing with a nagging injury.

“He seems to be doing well,” Day said. “He’s looking forward to practicing and getting back out there and feeling better. He just needs to get back into the rhythm of practicing again. Once you get healthy again and back on the field you start to feel better, but until then, yeah, he’s probably anxious to get going.”

In his absence, Williams has been all but supplanted as the top halfback by freshman phenom TreVeyon Henderson, who leads the team in rushing attempts, yards and touchdowns after snatching the starting role in week two against Oregon. Even with a healthy Williams, he isn’t likely to relinquish that role, as he’s averaging nearly nine yards per carry on the season.

On the year, Williams has 32 carries for 249 yards (7.8 YPC) with one score, a 70-yard touchdown scamper in the season-opening matchup with Minnesota.