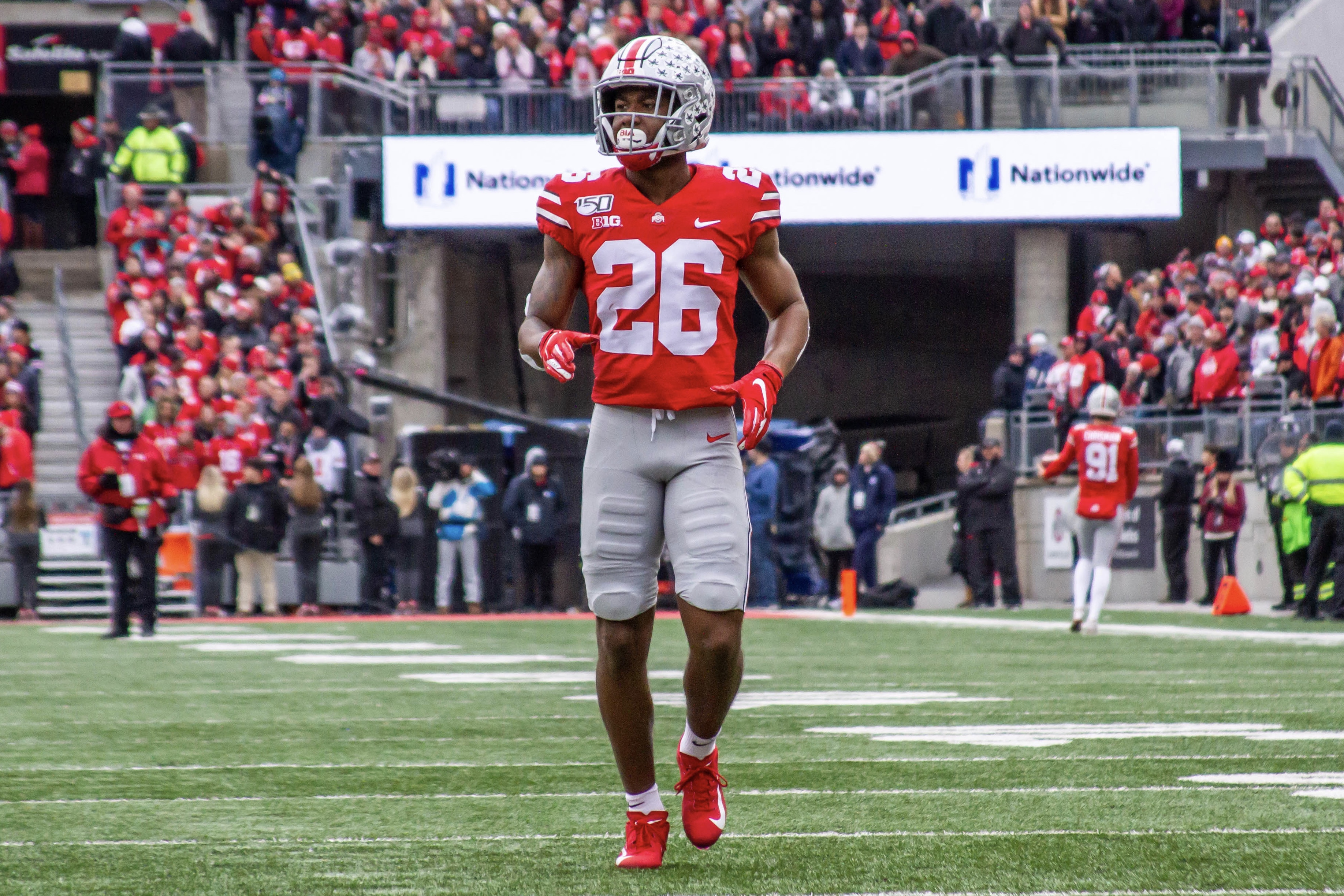 Ohio State defensive coordinator Kerry Coombs saw his secondary group change dramatically on Oct. 31 as the Buckeyes took on Penn State in Happy Valley, in just the second game of the COVID-adjusted 2020 regular season. That secondary entered the game fresh off of a fine – albeit certainly not excellent – start to the year against Nebraska but touted five experienced players in No. 1 cornerback Shaun Wade, his partner, Sevyn Banks, slot cornerback Marcus Williamson, safety Josh Proctor and Cameron Brown, who did a little bit of everything, filling in at whatever cornerback spot needed him.

It left the game with much of its core intact, but that utility player, Brown, was no longer around. He tore his Achilles against the Nittany Lions, the same non-contact injury that long-time Buckeye linebacker Tuf Borland struggled with for the final three seasons of his Ohio State career, and that halfback Master Teague still seems to be battling through. It was an abrupt end for the St. Louis native, who entered the season expecting to be a serious contributor for the first time as a Buckeye after signing as a four-star recruit back in 2018 alongside Banks and Proctor.

The Buckeyes scrambled to find a replacement but frequently looked lost in the process, popping players into positions that they never seemed fully comfortable with and keeping its top three cornerbacks on the field almost exclusively, due in part to a lack of confidence in the very young depth behind them. The rise of Lathan Ransom very late in the season seemed to help Ohio State against Clemson but did very little to address the structural problems that led to the defense’s downfall a game later against Alabama’s offense.

With those young cornerbacks taking a step this offseason, Ohio State hopes that it won’t have to play without that depth again, but even more important for Coombs’ plans for this defense is the return of Brown. After nearly a year of rehab work, Coombs and head coach Ryan Day have both declared the junior cornerback fully healthy and ready to go for fall camp. The always enthusiastic defensive coordinator was his usual self in describing what that could mean for his defense in 2021.

“Yes (he’s fully back),” Coombs said. “It means everything. The kid was playing really well last year, people forget that. He had a good camp, he was playing really well, going out there playing nickel, playing man-to-man in tough situations. It was a heartbreaking injury for him. He worked hard to rehab it, found himself in a good spot right now. We are going to be careful, we are going to be cautious, we should be.

“But at the same time, he’s got to knock the rust off and he has to be ready to play. But he’s fast, he’s twitchy and he’s going to go out there and compete.”

Although Brown is ready and raring to go, Ohio State is keeping a close eye on his rep totals, to avoid overworking him. Day described a pitch count of sorts during a press conference on Wednesday and Coombs was quick to note that Ohio State is hoping to be cautious, while also addressing the need to get every defender plenty of reps to prepare a formerly young defense that suddenly has quite a bit of growing to do between Aug. 5 and Sept. 2.

“He needs a ton of reps,” Coombs said. “We all need a ton of reps. But we’re gonna be smart, and we have to be, because we can’t show up Sept. 2 with half of our guys healthy. If we can help it, at least. And he’s going to do his part to take care of his body.

“I think more than anything with an Achilles injury, there’s a mental block there because that’s just one of those things where you explode and it snaps and you didn’t really do anything wrong. You didn’t fail to stretch, there wasn’t something that you did that created that. It just happens. More than anything, it’s about playing and not feeling fear that that’s gonna happen. And the only way that he can do that is to go play.

“We’re working through that process right now. I’m not going to tell you that it’s easy because it’s not. That’s a challenging process for him. But I also think, the more he does it and the more success he has, the more comfortable he’ll feel.”

As Brown continues to work his way back, both physically and mentally, Coombs and the rest of Ohio State’s staff are just looking to keep momentum and avoid any significant setbacks. Fall camp is a time for growth, but as Ohio State has learned the hard way in recent seasons, it can also be a time that can break your season with a few bad injuries. In a secondary that still looks relatively patchwork as Coombs works to rebuild the talent pool, just about any injury can be critical. With a healthy room, and a healthy Brown to flex around the secondary, the second-year coordinator and eternal optimist seems to have a little more pep in his step – and that’s saying something.