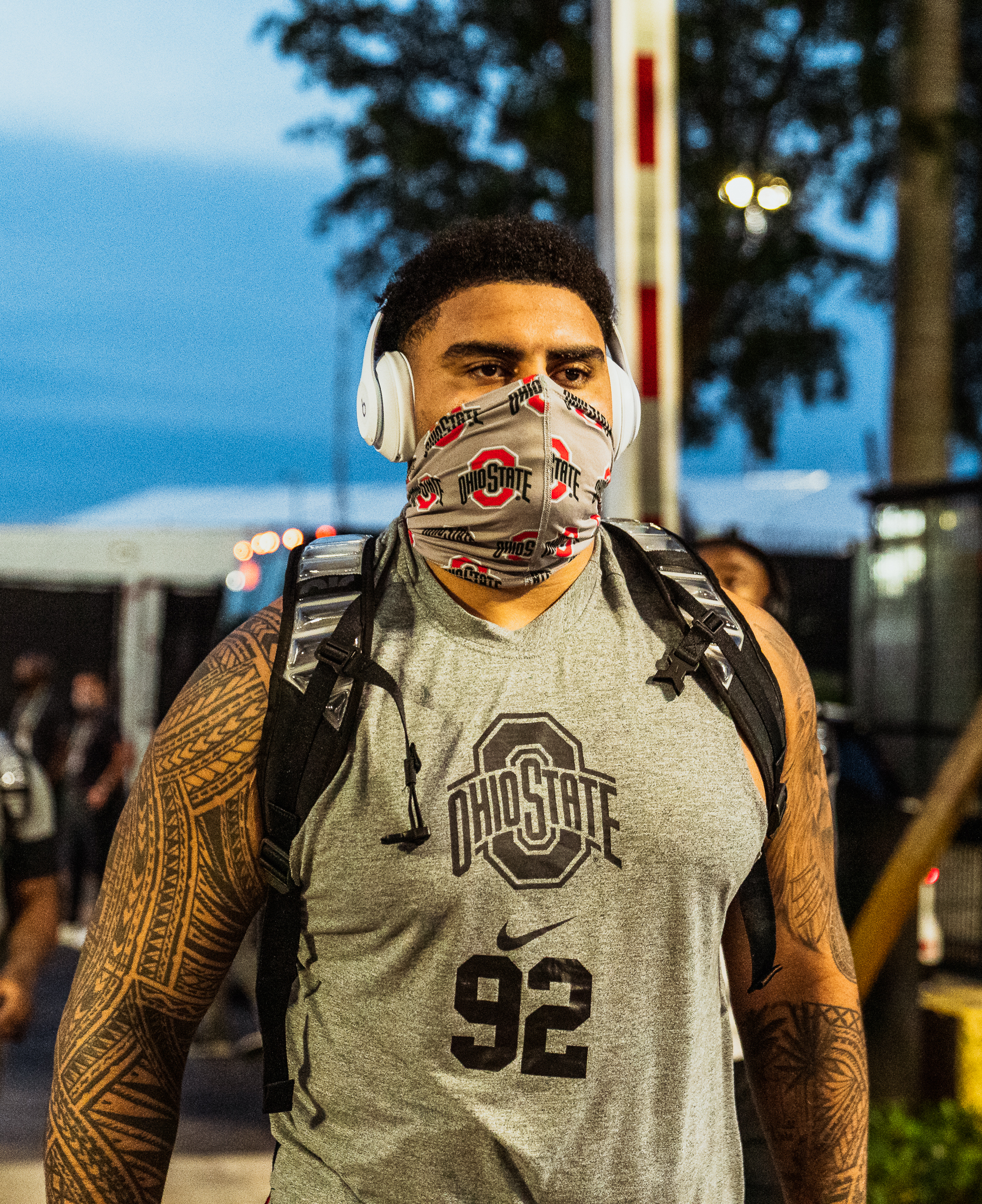 The news was first reported by Austin Ward of Letterman Row.

The extent and diagnosis of the injury is unknown, but from a photo Garrett posted on Instagram, it appears to be a right leg injury, as Garrett has his right leg elevated on a scooter.

Garrett returned to Ohio State following an impressive senior year, using his extra year of eligibility after he became a first-team All-American by CBS Sports and Pro Football Focus. He finished the 2020 season with 20 tackles, four tackles for loss and two sacks, as well as an interception he caught in the end zone for a touchdown against Michigan State.