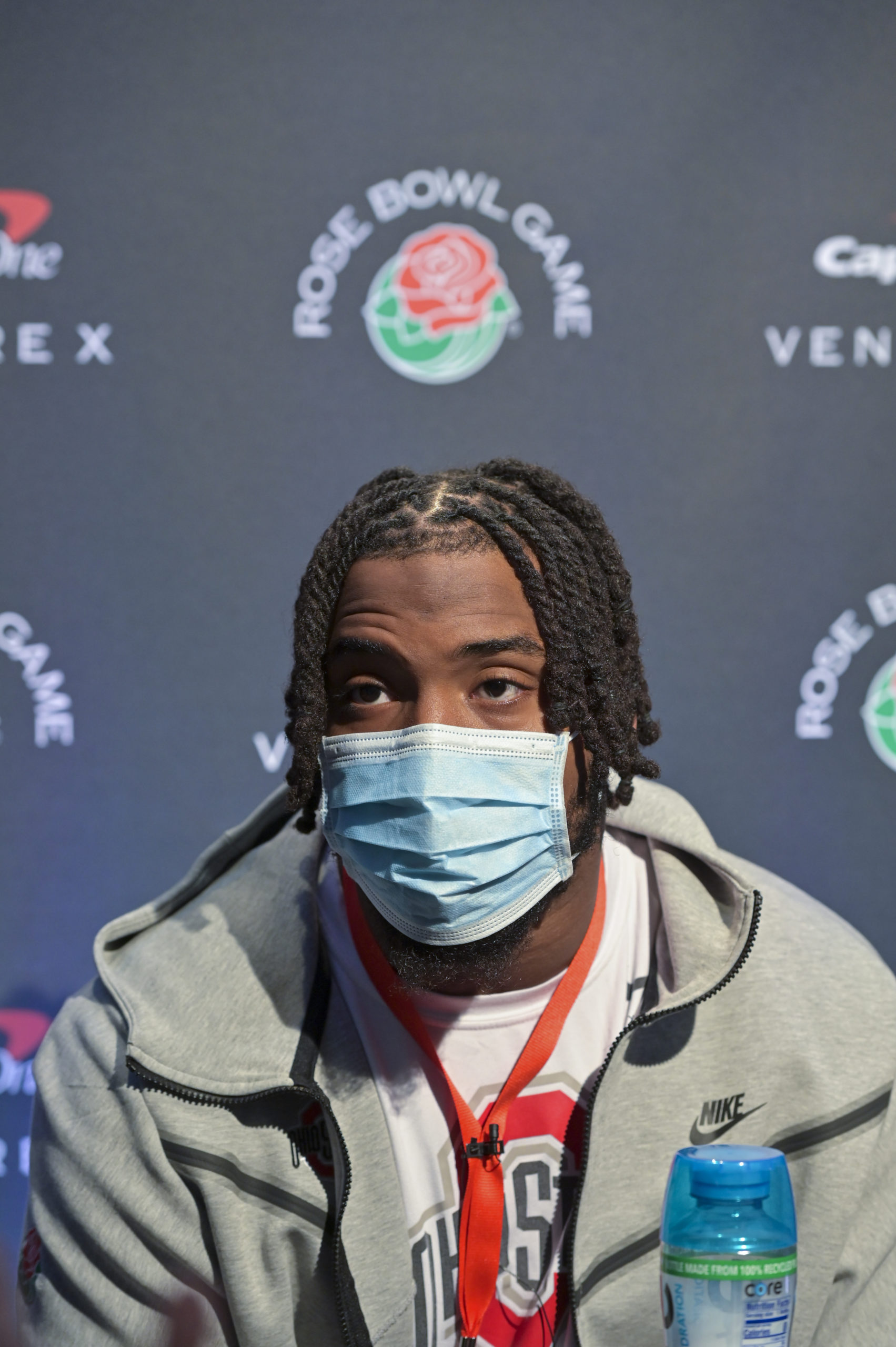 Ohio State senior defensive end Tyreke Smith had already declared this would be his last season in Columbus, but he made things official Monday evening by announcing his intentions to enter into the 2022 NFL Draft.

“First, I want to start by thanking my God. I’m beyond thankful and blessed to be in the position I am today and I don’t take it for granted,” Smith said in a statement on Twitter. “I also want to thank my family. The support, prayers, love and guidance from y’all has been my backbone through this whole process and I’m beyond thankful for y’all. I want to thank Coach Johnson, Coach Mick, Coach Day and the rest of the support staff, for shaping me into not only a better player, but a better man.”

In four seasons at Ohio State, Smith played in 39 games, racking up 55 tackles, 11 for loss, to go along with seven sacks in a forced fumble. He played behind Nick Bosa and Chase Young earlier in his career, and in a pandemic-shortened season in 2020, he built momentum in the Sugar Bowl against Clemson, but was forced to miss the national championship game due to COVID-19 protocols.

Smith could have entered the draft after last season, but elected to return for 2021 and was one of the clear starters at defensive end for the first time in his career. He responded with career-high numbers in tackles (26), tackles for loss (5.0) and sacks (3.0), and was named Second-Team All-Big Ten by the Big Ten coaches and Third-Team All-Big Ten by the media for his efforts.

After coming back for his senior year, the Cleveland native is projected as a fifth-round pick in the upcoming draft.

“Buckeye Nation, thank you all for the love and support throughout my years here,” he said. “Playing in The Shoe in front of 100,000 screaming fans was a dream come true and something I will always remember. I will forever cherish the moments and memorable times I had here.”