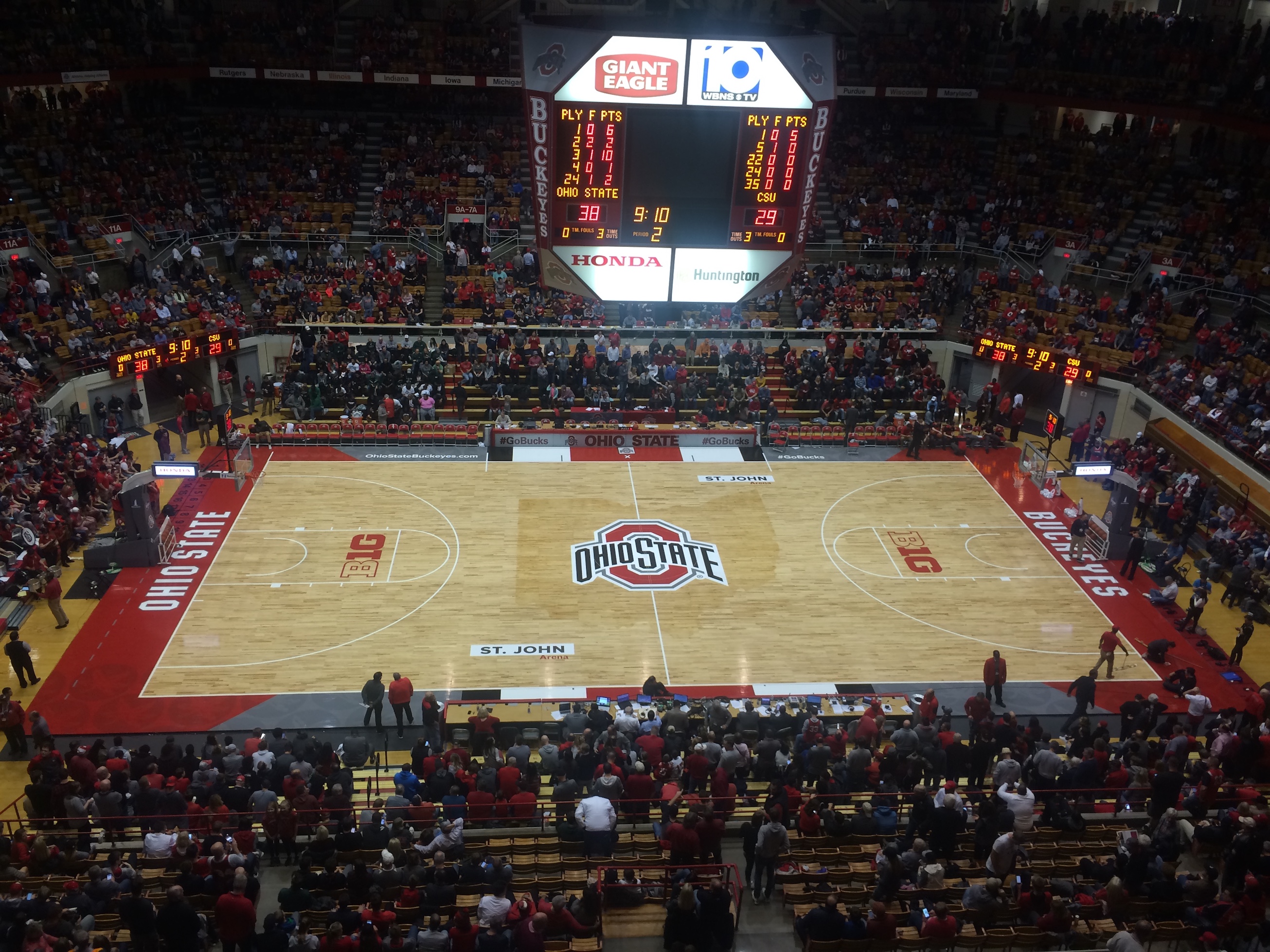 For the first time in eight years, Ohio State returned to its former home and at least for one night, fans were able to relive the glory days of Buckeye basketball.

Everything from the jerseys, music playlist and cheerleader uniforms were a tribute to the past as the Buckeyes defeated Cleveland State, 89-62 in their first game at St. John Arena since 2010.

Ohio State never trailed in the game, leading by as many as 14 in the first half before taking a 38-29 lead into halftime. After failing to score in double digits in his previous three games, senior guard C.J. Jackson scored 10 in the first half, finishing with 17 on 7 of 10 shooting to pace the Buckeyes.

Chris Holtmann, donning a throwback, salmon-colored jacket, went deep into his bench early in the contest, playing 10 Buckeyes in the first half. After a shakeup to the starting lineup in a 68-50 win over Samford on Tuesday, Holtmann returned to his usual rotation against the Vikings as Kaleb Wesson, Andre Wesson, Kyle Young and Luther Muhammad joined Jackson in the starting five. Keyshawn Woods, Musa Jallow and Duane Washington were joined by Jaedon LeDee and Justin Ahrens off the bench in the opening 20 minutes, though only Jallow and Washington found the scoring column in the first frame.

The Buckeyes opened the second half by making seven of their first nine shots to take an 18-point advantage. That lead swelled to as much as 30, before Ohio State coasted to the finish.

With Ohio State carrying a more than comfortable lead late into the second half, Joey Lane and Danny Hummer also saw time for the Buckeyes. Lane buried a three-pointer with 3:42 to play, sending the capacity crowd at St. John Arena into a frenzy.

In addition to Jackson’s performance, Kaleb Wesson also impressed in the arena his father Keith played in as a Buckeye. The younger Wesson poured in a team-high 19 points, while his older brother Andre added 11.

Ohio State is set to return to action Wednesday at the Schottenstein Center to take on Syracuse as part of the Big Ten/ACC Challenge. Tip is scheduled for 7:15 p.m. and will be televised on ESPN2. The Buckeyes dropped their matchup in the challenge last season at home to Clemson, 79-65.