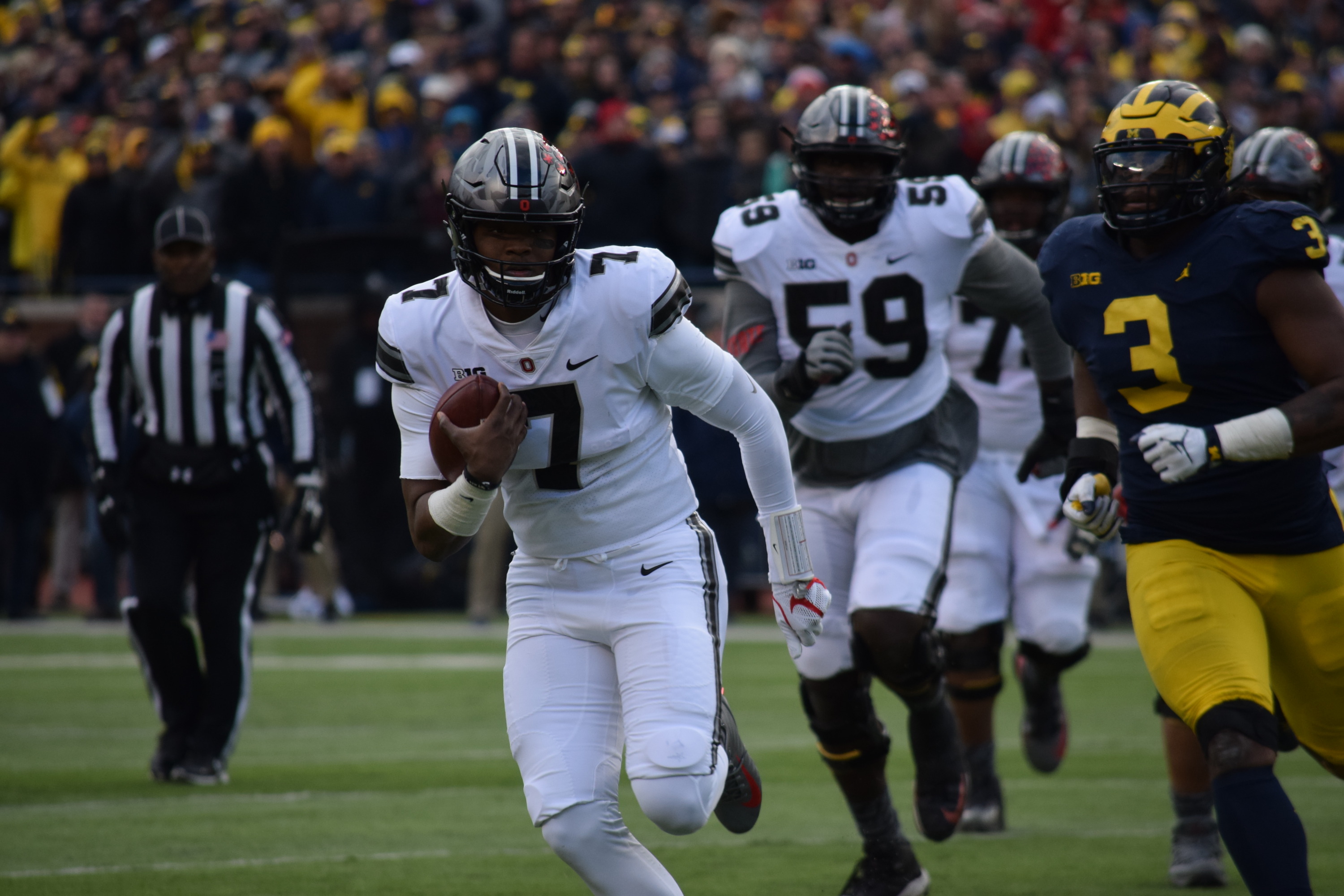 We are less than 24 hours from The Game, and with so much riding on this game, there are so many things to watch for.

The Buckeyes are in the midst of the most frustrating 10-1 season possible, while Michigan has won 10 straight to match Ohio State’s overall record. The Wolverines come in with a suffocating defense while OSU comes in with, well, a defense.

Ohio State’s offense is high-flying, but Michigan finally has a quarterback. With all of this floating around, let’s just get into the thick of this thing. Here is what I am watching for.

In my mind, this is the most important part of this game. Ohio State’s defense has been putrid all season, giving up big play after big play. The Michigan State game was a mirage. It wasn’t real and the points don’t matter, just like that defunct Drew Carey show.

Michigan’s offense isn’t as creative as Maryland’s was a week ago, and it doesn’t have to be. The Wolverines have been consistent all season with a solid run game and a dynamic quarterback capable of making plays with his arm and legs. Last year, Michigan would have beaten Ohio State if it had a competent quarterback. This year, with a better overall roster, it does.

If the Buckeye defense plays anything like it did against Maryland, Ohio State stands no chance. However, because it is The Game, I expect the Buckeyes to play much better on that side of the ball. That said, extra motivation can only take you so far and I haven’t seen enough from Ohio State on defense to think they have enough talent defensively to get away with playing a less-than-perfect game.

2. Does Dwayne Haskins Have Enough?

The Ohio State signal caller is in the midst of the best regular season by a quarterback in school history. A win over Michigan would cement it as unmatched. Despite being from New Jersey and Maryland, Haskins seems to have a very solid grasp on the rivalry.

I expect Haskins to play well, but in order to beat Michigan, he might just have to win a shootout. Against statistically the best defense in the country, that will be a tall task.

In games that are expected to be high scoring, the defenses almost always show up. But after an 11-game sample size watching Ohio State’s defense, I think they are what they are at this point, and that is one of the worst defenses in school history.

Haskins might have to throw 50 times in this game if Ohio State struggles to rush the ball and if that happens, Michigan figures to come away with the win.

3. Will It Be Urban Meyer’s Last Game at Ohio Stadium?

Plenty of speculation surrounds Ohio State’s head coach these days concerning his health and sideline demeanor. If this is Meyer’s last season as a Buckeye, then this becomes his final game in Ohio Stadium.

Many seem to think Meyer has already made up his mind that this will be his last game in the Horseshoe, including national media personalities like Colin Cowherd.

If indeed Meyer has made up his mind, he could very well be more visibly emotional than normal during pregame festivities, including Senior Day. We saw something similar with Ezekiel Elliott in 2015, as he teared up on the sidelines prior to a 17-14 loss to Michigan State.

Personally, I don’t think Meyer has made up his mind yet. However, I have been wrong before and I do think this is something to keep an eye on throughout the game.

4. Will The Fans Make an Impact?

Ohio Stadium has become soft in the last decade. Yeah, I said it.

It isn’t all the fan’s fault. The stadium pumps in music, which kills the college football atmosphere and drowns out the marching bands. It also hasn’t helped this year that Ohio State hasn’t had a ranked opponent walk into the stadium all season.

This game however, as everyone knows, is different.

The feeling around Columbus is that Michigan has the momentum, but that home-field advantage will be enough to get Ohio State over the top. For that to happen, the fans need to show up. Emotion is as big a factor in this game as anything and if the fans relent at the first sign of trouble, Michigan will feed off that and get the win in Columbus that has evaded them nearly 20 years.

Michigan fans are still bitter about “The Spot” on J.T Barrett’s fateful QB keeper in double-overtime two years ago. Many of them also feel that had that game been played in Ann Arbor, the Wolverines would have played in the Big Ten title game and possible CFP that season as well.

In games like this, that could be close, one or two calls can change the complexion of the contest. Will this edition of The Game have a similar moment to 2016? We will just have to wait and see.

Kickoff is less than 24 hours away. Buckle up.