Ohio State Could Be Better Running Team In 2019 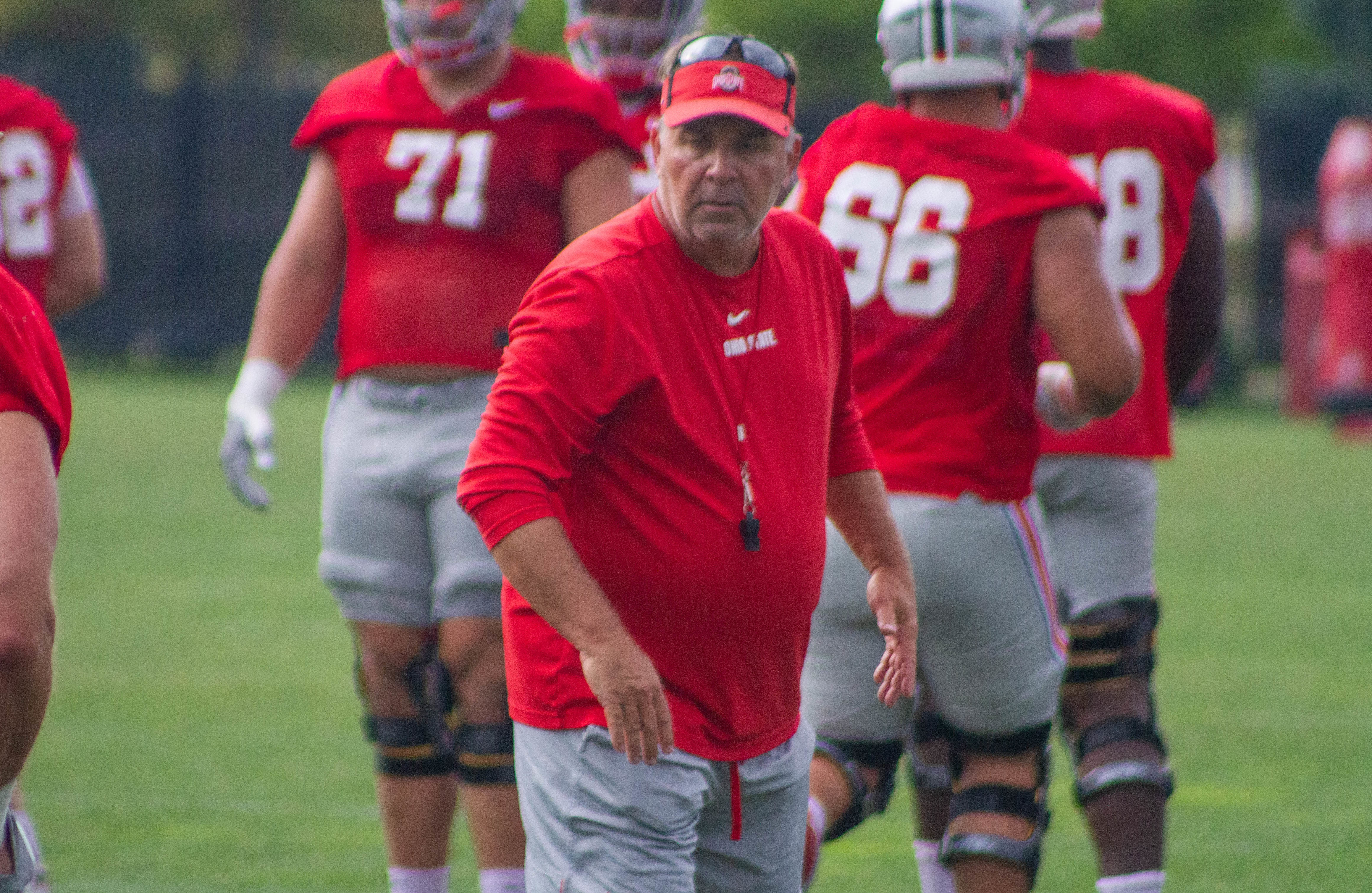 Ohio State must replace a lot of talent from its record-setting offense from last season, losing the Big Ten Offensive Player of the Year at quarterback, three captains at wide receiver, a dynamic tailback and four full-time starters on the offense line. Despite all of the losses, the Buckeyes could be better at running the ball in 2019.

Dwayne Haskins was selected by the Washington Redskins with the No. 15 overall pick after passing for 4,831 yards and 50 touchdowns as a sophomore for the Buckeyes. Parris Campbell, Terry McLaurin and Johnnie Dixon, who combined for 2,433 yards and 31 touchdowns last season, are on the Colts, Redskins and Texans, respectively.

Michael Jordan, Isaiah Prince, Demetrius Knox and Malcolm Pridgeon are all pushing to make NFL rosters as offensive linemen. Mike Weber, a rookie for the Dallas Cowboys, accrued 2,676 rushing yards and 24 touchdowns on the ground across three seasons in Columbus.

Even with the departure of an abundance of talent on offense, Ohio State offensive coordinator Kevin Wilson said the Buckeyes could improve in the ground game when asked if they could be a more efficient running team.

“We wanted to be efficient last year, but sometimes we were doing some RPOs [run-pass options], where the ball gets thrown a little bit, whatever,” Wilson said. “Dwayne is a good runner, but we didn’t want him to run a whole bunch. He wasn’t a great runner, he was more of a throwing guy. As he got hot, you leaned on the passing game. You had those great receivers outside. Some of those linemen who played a lot we’re actually pretty good pass blockers and a little bit better there than maybe in the run game.”

While Jordan, Prince, Knox and Pridgeon used their length to excel as pass blockers, Wilson has seen added aggression and desire to drive off the ball in the 2019 crop of offensive linemen, including sophomores Wyatt Davis and Josh Myers and junior Thayer Munford.

“I look at Wyatt and Josh Myers and Thayer and I see some guys that are maybe a little bit more flat back, and I see a little bit of a different attitude with that,” Wilson said. “I think we didn’t want to get away from the running game. We weren’t a bad running team, but that pass game got hot, got greased up and still one of the best offenses in the country. And it was close except for one game. And this year we’re not going to go back, and no disrespect to Coach [Woody Hayes], and just ‘three-yard and cloud it’ every play and run ‘Robust’ and ’26-Power’ and all that stuff.”

Outside of the big men up front, Wilson and the coaching staff believe in the up-and-coming skill players who have continued to develop into starter-caliber contributors. The Buckeyes returned Luke Ferrell, Rashod Berry and Jeremy Ruckert at tight end, K.J. Hill, Austin Mack, Binjimen Victor and Chris Olave at wide receiver and J.K. Dobbins, Demario McCall and Master Teague at tailback.

“I know we want to be the best offense that we can be,” Wilson said. “And we’ve got some guys outside that can make some plays. I think that tight end group is really good. We’ve got one good back and the depth is coming on the way Demario and some of those guys are playing at running back. It’s got a chance to be a good group.”

Perhaps the ‘X’ factor taking the Ohio State rushing attack to the next level will be sophomore dual-threat quarterback Justin Fields, who is the highest-rated player to ever play for the Buckeyes. Fields ran a sub-4.4 40-yard dash during testing and will surely draw the attention of the defense on read-option and play-action calls.

While Wilson thinks the running offense will be improved for reasons beyond Fields’ athleticism and ability, the Georgia transfer will have an opportunity to make an impact. Even though there is a lot to learn for Fields and Co., the sophomore signal caller enjoys celebrating with his new teammates.

“Right now what’s pretty fun is you can just feel in practice guys pulling for each other,” Wilson said. “I saw a touchdown pass the other day and No. 1 [Fields] was the guy running down the field celebrating with the receivers and the quarterback, and he didn’t throw it. You get that kind of chemistry going, it’s pretty fun.”

Fields and Dobbins could put up some serious stats together with read-option runs, forcing defenses to pick their poison. Perhaps the coaching staff will attempt to limit Fields’ running in attempt to prevent injury, but Dobbins will be a threat regardless.

A two-time All-Big Ten second-team selection, Dobbins has amassed more yardage in his first two years than any other Buckeye backs did in their freshman and sophomore seasons. He is poised for his third straight 1,000-yard rushing season behind the physical Ohio State front.

While losing the likes of Haskins, Campbell, McLaurin, Dixon, Jordan, Prince, Knox, Pridgeon and Weber may seem daunting for the Buckeyes offense, there is talent waiting in the wings, and according to Wilson – toughness.

“We lost some quality players, but those guys putting their hands down in the dirt are pretty good,” Wilson said. “And they’ve got a little edge about them, and it will be interesting as that box gets loaded, because they’re still going to put one more, do we have that identity to be that team that can run off the football and smash them, get after them a little bit.

“The way preseason has went, and the way Coach Day has structured those things, I like a lot of the things I see with the potential to be a really solid running football team, and not because the quarterback can run. Just the mindset. Randy Walker year ago: ‘Running football is an attitude.’ It’s a mindset. And I think this crowd has a chance to be a much better running football team.”