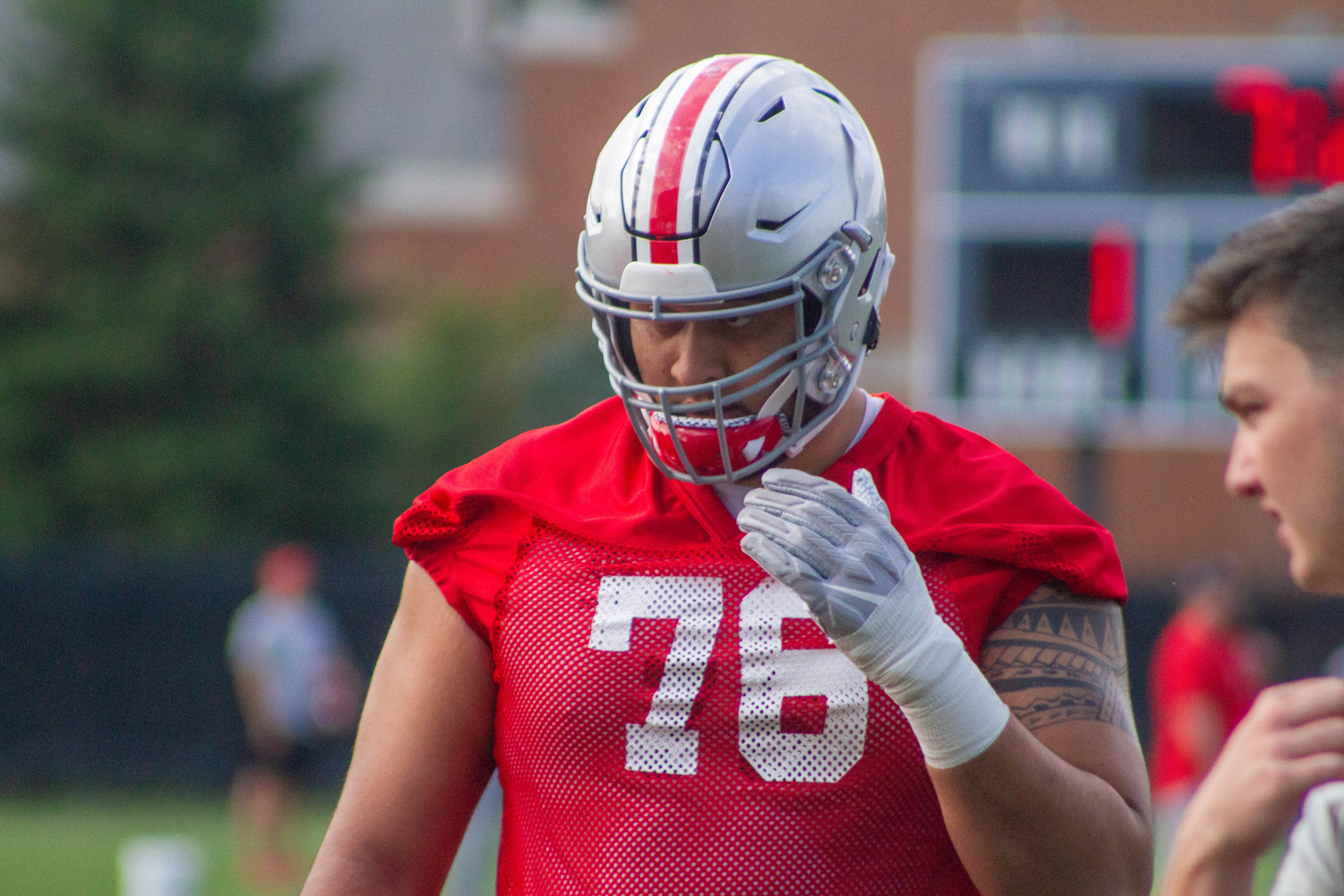 Bowen beat out redshirt freshman Nicholas Petit-Frere for the starting right tackle spot, regaining a spot in the front five after a tumultuous journey.

“It’s definitely emotional,” Bowen said of  being named a starter. “Just seeing the news a few minutes. ago — it was hard not to break down and cry because it’s been a long road.

“It’s definitely been very, very difficult, something I never even thought about dealing with prior. It’s good. I’m happy I went through it. It’s made me a much better person, a much better player and a much better man.”

After starting on the Ohio State offensive line for the first six games to open the 2017 season, Bowen suffered a broken fibula against Maryland on Oct. 7, 2017.

The devastating season-ending injury held Bowen out until fall camp of 2018, where he returned to compete with Demetrius Knox for a starting spot.

However, Bowen faced another setback and required surgery to repair his leg, which was his third operation in less than a year.

After finally healing, Bowen returned to practice near the end of the season, but did not see the field, despite injuries to Knox and then-sophomore left tackle Thayer Munford.

With another offseason to recover and gain his strength back, Bowen came back for his fifth year hungry for a starting spot. He credited Ohio State football physical therapist Adam Stewart and staff for his full recovery.

“I was confident in our training staff, specifically Stew, he’s helped a lot of great players get back to where they need to be,” Bowen said. “I was also confident in my coaching staff for keep believing in me and getting me back up to that part where I was.”

Although he returned healthy and motivated, Petit-Frere, a former five-star recruit, pushed Bowen hard for the starting spot.

“Coming into camp, the week leading up to it when we had some time off, I was sitting at home thinking, ‘This is it. I’ve got to go now. I don’t have a choice. I’ve got to play or look past football,’” Bowen said earlier in camp. “I had to make that choice to come in and compete for a starting job and just keep pushing for it.”

With Bowen at right tackle, the Ohio State offensive line is set with sophomore Wyatt Davis next to him at right guard, sophomore Josh Myers at center, fifth-year senior Jonah Jackson at left guard and Munford, a junior, at left tackle.

Bowen, a Draper, Utah, native, expressed his excitement to return to Ohio Stadium, donning the scarlet and gray as an Ohio State starter once again.